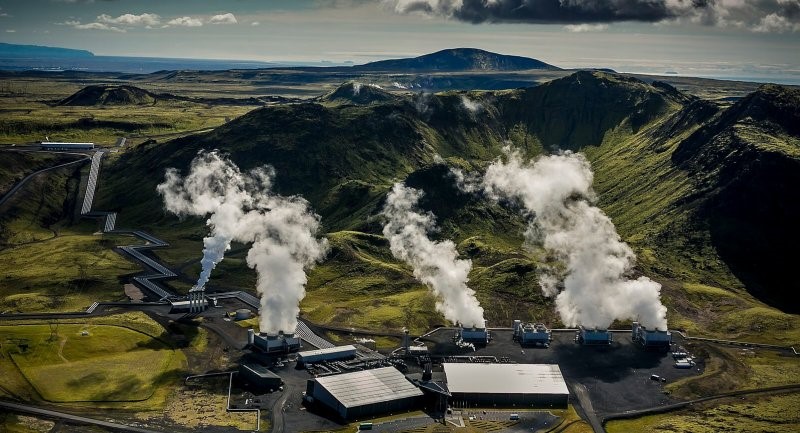 If the world is to avoid dangerous overheating, some climate scientists say, carbon capture and storage (CCS) is essential. But compared with other ways of tackling global heating, it is a method that is developing slowly.

Norway, though, one of the world’s biggest oil producers, has been successfully using carbon capture since 1996. Now, Norwegian scientists say, the rest of the world must learn to do so as quickly as possible, arguing that all large industrial plants could and should capture and store the carbon dioxide they produce before it reaches the atmosphere.

It is a bold claim. Many other scientists insist that CCS − relying on carbon removal and other forms of geo-engineering to bring the temperature down, instead of simply reducing greenhouse gas emissions − can never achieve what is needed, although one US team suggested three years ago that it might well be at least part of the answer.

But the Norwegian researchers, from the independent research organisation Sintef, believe they have the evidence to prove their case. As well as finding how to separate carbon dioxide from electricity production, steel and cement works, they have also developed a separate system, Bio-CCS. This extracts CO2 from the atmosphere and turns it into charcoal before burying it in farmland.

“We cannot manage without CCS. The world must therefore undergo change on a scale we have never seen before, and this is urgent”

Sintef is working with the Norwegian oil industry and some of the other oil majors, including Shell and Total, that are increasingly under pressure to curb their emissions and prevent global average temperatures rising by more than 1.5°C above the pre-industrial level, the internationally agreed limit.

The Norwegians have so far disposed of 23 million tonnes of CO2, pumping it into brine-filled pores in sandstone, called saltwater aquifers, and sealing them with natural caprock, a relatively impervious layer of rock above an oil- or gas-bearing stratum.

The researchers say there is no choice but to adopt carbon capture and storage because turning off the world’s oil supplies immediately is unrealistic: “We cannot manage without CCS. The world must therefore undergo change on a scale we have never seen before, and this is urgent.”

The method of carbon capture developed at the Sintef research facility at Trondheim uses chemicals to bind the CO2 in the flue gases before it reaches the chimney and so prevents it reaching the atmosphere. This means steel, fertiliser and cement factories could reduce emissions to zero.

The next stage of the process is more expensive; the carbon has to be separated from the binding chemicals, a process achieved by heat. Costs are reduced if waste heat is used from the industrial processes that produced the carbon in the first place.

The recovered chemicals are then re-used to capture more carbon, and the carbon captured already is piped to a disposal site. The researchers say they know it works because they tested it at six pilot plants in Norway itself, Germany, Scotland and the US, trying 90 different chemical mixtures before finding the best.

They also found that the same method can be used to create hydrogen from natural gas, capturing the CO2 in the process. The hydrogen is emission-free.

Part of Sintef’s research has involved calculating the costs to global industry of capturing the carbon it produces – US$97 a tonne for coal-fired power stations. This, Sintef says, is far less than the cost to the planet of releasing the carbon into the atmosphere.

Carbon capture from steel and cement works costs less than this because they use waste heat from the plants.

The team have based their figures on the average cost for 600 coal-fired plants, each capturing one million tonnes of CO2 a year, and includes transport and storage costs. They have also tested and developed the best leak-proof pipelines for taking the gas to where it will be injected into the ground for storage.

The cost varies between plants, depending partly on the distance to a suitable storage place, but the scientists say CCS is getting cheaper all the time because it is getting more efficient, and they expect the price will continue to fall.

Currently much of the research is being directed to finding suitable storage sites and making sure that once the carbon is injected into the storage reservoir it stays put.

The second method, Bio-CCS, is simpler and easier. Biological waste, wood chips or manure can be heated for 20 minutes to a temperature of between 500°C and 700°C in the absence of air and turned into charcoal. Bio-carbon, as it is called, is a good soil improver, and the plan is to produce it in small plants on Norwegian farms and spread it on the land. As long as it is not burned, it stays stored in the soil.

By using their simple methods the Norwegians believe that if 4,000 of their farms used the technology, half their agricultural emissions could be eliminated. − Climate News

Climate News Network is a free and objective service publishing a daily news story on climate and energy issues. Sign up here to get our latest articles sent straight to your Inbox.

Paul Brown, a founding editor of Climate News Network, is a former environment correspondent of The Guardian newspaper, and still writes columns for