Nuclear war could ruin Earth and leave only losers 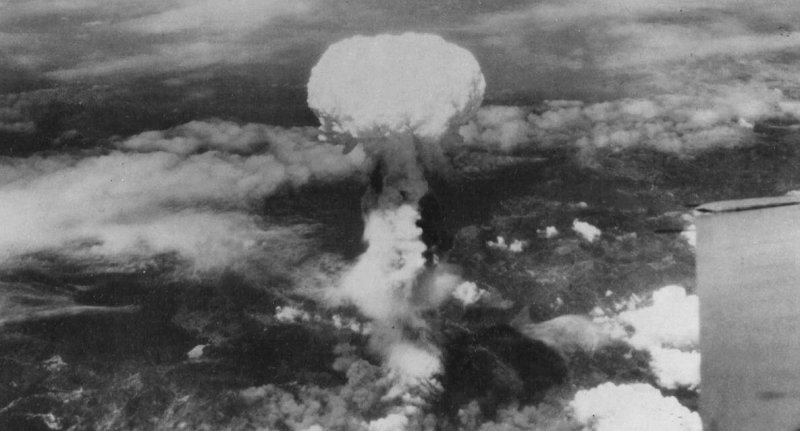 As the potential for nuclear war in Asia hots up, scientists have chilling news for those far from the battleground: we will all suffer.

Nobody can emerge from a nuclear war as a winner, says a US team of scientists, and the planet they inherit may be ravaged by mass starvation.

Their scenario is stark. The year is 2025, they suggest. A dangerous tension has grown more dangerous with the years and suddenly India and Pakistan begin a nuclear exchange. The outcome? More people will die almost immediately than were killed in the entire Second World War.

And the global climate inevitably will feel the heat of the exchange. Up to 36 million tonnes of smoke and soot from subcontinental cities incinerated by even modest nuclear warheads will be blasted high into the upper atmosphere, spread around the globe and darken the skies.

Planetary average temperatures will drop by at least 2°C and by as much as 5°C, and for the next 10 years regional temperatures could plummet to levels characteristic of the last Ice Age. Rainfall will diminish by 15% to 30%, and so will the productivity of the oceans, terrestrial forests, grasslands and croplands.

This would be enough to trigger mass starvation around the rest of the globe, according to the scientists’ study, published in the journal Science Advances.

“Nine countries have nuclear weapons, but Pakistan and India are the only ones rapidly increasing their arsenals,” said Alan Robock, of Rutgers University in the US. “Because of the continuing unrest between these two nuclear-armed countries, particularly over Kashmir, it is important to understand the consequences of nuclear war.”

The world’s nuclear arsenal totals around 13,900 weapons: nine-tenths of them held by Russia and the United States. But Britain, France, China, Israel, India and Pakistan are thought to have between 100 and 300 each, and none of these states is bound by treaties that require them to reveal the number of launchers or the number of warheads carried by missiles.

Of these states, Pakistan and India have a long history of military tension – including four conventional wars in 1947, 1965, 1971 and 1999, and a long history of claim and counter-claim to the territory of Kashmir.

“Nuclear weapons cannot be used in any rational scenario but could be used by accident or as a result of hacking, panic or deranged world leaders. The only way to prevent this is to eliminate them”

Professor Robock and nine other scientists, led by Owen Brian Toon of the University of Colorado at Boulder, consulted military and policy experts to develop a simple scenario of how a nuclear war might happen, and then made estimates of the likely yield of 250 weapons that might be used by both nations in the first week of conflict.

India has 400 cities with more than 100,000 people, and by 2025 Pakistan could have an arsenal big enough to attack two-thirds of them; Pakistan has about 60 such dense conurbations and India could react and hit all of them with two weapons each. The expected almost-immediate death toll would be between 50 million and 125 million.

The scientists examined accounts of the only time nuclear weapons were used in anger – over Hiroshima and Nagasaki in Japan in 1945 – and made calculations of the impact of nuclear weaponry on brick and steel, cement and stone, pitch and tile, concluding that between 16 and 36 million tonnes of black carbon would rise into the upper atmosphere, spread around the planet and screen the sunlight, for up to a decade, to set up the conditions for poor harvests or no harvests, and severe food shortages.

“An India-Pakistan war could double the normal death rate in the world,” Professor Toon said. “This is a war that would have no precedent in human experience.”

This is not the first such study: in 2017 a group of scientists revived concerns about a potential “nuclear autumn” with deadly consequences that would follow a nuclear exchange.

In August this year Professor Robock and colleagues looked at the smoke from devastating Canadian wildfires in 2017 and used these as a lesson for the conflagration and clouds of smoke that would follow thermonuclear strikes on cities, with, once again, deadly consequences for parts of the world far from the conflict zone.

And Professor Toon was part of the team of scientists that – in 1983, around the most tense months of the Cold War – first developed the theory of “nuclear winter” that might follow all-out global thermonuclear war, to propose that there could be no winners, and no safe neutral zones, in such a conflict.

“Nuclear weapons cannot be used in any rational scenario but could be used by accident or as a result of hacking, panic or deranged world leaders,” Professor Robock said. “The only way to prevent this is to eliminate them.” − Climate News Network