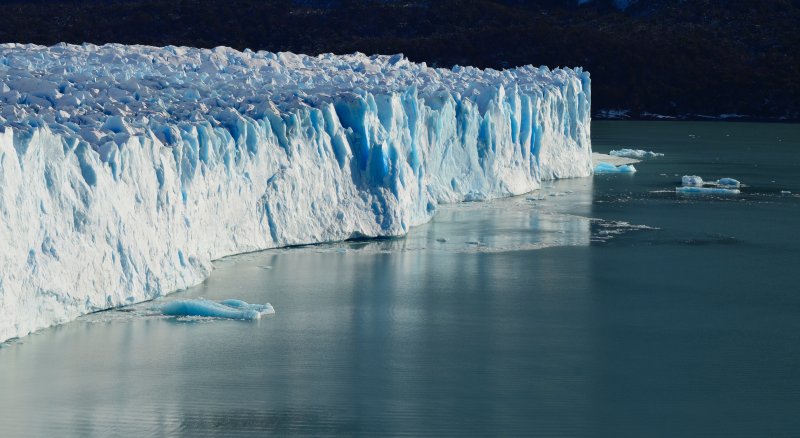 This article was syndicated to www.greenbarrel.com by its partner website www.climatenewsnetwork.net

This story originally appeared in newsroom. It is republished here as part of the Climate News Network’s partnership with Covering Climate Now, a global collaboration of more than 250 news outlets to strengthen coverage of the climate story.

Climate change risk for big companies − and their investors − is often seen in terms of physical risk: sea level rise, temperature increases, or extreme weather events. But a spate of court cases around the world has highlighted a different kind of risk. Carbon emitters, and the big investors that support them, could find themselves on the wrong end of the law if they don’t take action on climate change.

18 September, 2019 − When, two weeks ago, a New Zealand environmental activist started court action against our top carbon emitters, Kiwi companies became just the latest to find themselves under fire for not doing enough to stop climate change.

Mike Smith, chair of the Climate Change Iwi Leaders Group, hopes to force Fonterra, Genesis Energy, NZ Steel, NZ Refining, Z Energy, Dairy Holdings and BT Mining to reduce their total net greenhouse gases by 50 percent by 2030. Then he wants them to get them to zero by 2050.

Smith’s action follows a case in Australia last year where a 23-year-old ecology graduate is suing his superannuation provider − $A50 billion fund REST − for not telling him what it’s doing to protect his savings from the impact of climate change.

The year before, two Commonwealth Bank of Australia shareholders launched court action against the bank for not adequately disclosing climate change risks in its 2016 annual report.

In the US, a group of fishing companies are suing oil giant Chevron and others for their contribution to climate change. And the state of New York is suing Exxon Mobil for misleading investors over the company’s climate change risks.

And these are not isolated cases.

In its climate change litigation update, released earlier this year, the US’ second largest law firm, Norton Rose Fulbright, said the number of climate change-related cases has now reached more than 1300.
The majority of these are against governments, and so affect business only indirectly.

But increasingly, companies are also being taken to court.

There hasn’t yet been a decision in any of these cases – the wheels of justice grind slow. But judgments, particularly if they go against the big companies, could set precedents the corporate world can’t ignore.

Simon Watt, who leads the climate change team at NZ law firm Bell Gully, says the REST superannuation case shows it’s not just corporates that are at risk from climate change litigation, but the funds that invest in them.

“The legal risks will be around the sorts of disclosures made to investors at the point they invest in funds, as well as the degree of risks associated with the investments themselves.

“If they invest in companies which have material carbon exposure, how should those investments be classified in terms of the risk they carry? For trusts, there may be the potential for legal testing around the fiduciary duties of trustees.

“New Zealand won’t necessarily lead the way in testing these types of issues, but if a claim is successful overseas there is the potential for that to have knock-on effects locally.”

And litigation risks aren’t the only problems for corporates and investors, Watt says. There are also “transition risks” as companies shift away from a carbon-based economy. That could be anything from consumer backlash, to expensive changes in production, to increased prices for insurance and carbon.

Matt Whineray, chief executive of the NZ Super Fund, is taking these risks seriously. He says traditionally, environment-related risks have been considered “non financial” and therefore, irrelevant to decision-making for a fund manager.

“It’s true they are hard to stick into a model, but these things become financial because they are part of the risk of doing business. If you think about the long-term value of the company, it is the cash flows you expect from that company and the discount rate. And the discount rate reflects the riskiness of those cash flows.”

“These issues are either going to affect that stream of cash flow that you expect from that business, or affect the discount rate that you apply to it.”

The Super Fund, which had $41 billion under management as of March this year, first started thinking about climate change risk more than a decade ago when it joined the international Carbon Disclosure Project (now known as CDP), a group of 525 institutional investors around the world trying to get companies to report on their climate emissions and what they are doing to mitigate risk.

In 2015, the Super Fund and a group of other investors commissioned investment consultants Mercer to provide an analysis of climate change scenarios on portfolio risks and returns out to 2050, based on different scenarios – for example 2, 3 or 4 degrees of warming.

The results were sobering.

Climate change is a market and policy failure. Markets are producing too many emissions and are over-invested in fossil fuels, given the international context

“There was a lot of variation of impact across different sectors, but almost regardless of the path you take, there will be negative impact on the returns to global equities from climate change over a 30-year period,” Whineray says.

“So we had to think about it at the asset allocation level, not just at an individual investment level.”

Over the next few months, the Super Fund developed a climate change investment strategy and by June 2017 it started putting its plan into action, selling out or down of a number of stocks and funds which they thought had unacceptable risk.

The basis of the new Super Fund thinking may shock many economists: Climate change is a market and policy failure. Markets are producing too many emissions and are over-invested in fossil fuels, given the international context.

“Generally we think markets are pretty good at pricing risk,” Whineray says, but climate change is different. The timeframe is too long for most market analysts and the way the risks will play out are too uncertain.

There’s a tendency to think: ‘I’ll be able to sell this [stock] the day before the market prices it in’, which is a wonderful seductive idea. But our point is we don’t know when that will be and it’s really path-dependent.

No one knows how much hotter the world will get, or when, and what governments will do to counter it, or when. No one knows what technology will be available.

“You have risks that depend on the path you go down, and you don’t know how long it’s going to be. There’s a tendency to think: ‘I’ll be able to sell this [stock] the day before the market prices it in’, which is a wonderful seductive idea. But our point is we don’t know when that will be and it’s really path-dependent.

“We’re saying there’s risk in there and we don’t think we are being paid for that risk, so we should reduce our exposure to a risk that we aren’t being compensated for.”

Whineray says reducing the fund’s climate change risk in the equity part of its portfolio was relatively simple, and the fund has already got its emissions intensity down 50 percent and reduced its fossil fuel-related potential emissions by 70 percent in terms of equities.

“We took out a lot of companies from the mining and oil sectors, though not all. Some significant emitters are very active in adaptation or development of alternative energy sources.”

Still, almost anything with the word “coal” in the company title is out, Whineray says, both in terms of being a high carbon-emitting fuel, and also because of the risk from companies’ coal reserves.

Now the Super Fund’s analysis, engagement and investment focus has shifted to more difficult parts of the portfolio, he says, including real estate, rural assets, and manufacturing.

“In most cases we don’t have majority stakes in the company, but we are using our influence with boards and management teams to put in place climate change strategies.”

If it sounds simple, it isn’t. In many companies you are starting from Climate Change 101.

“To begin with, companies have to actually begin measuring their footprint,” Whineray says. “That can be quite new to the organisation