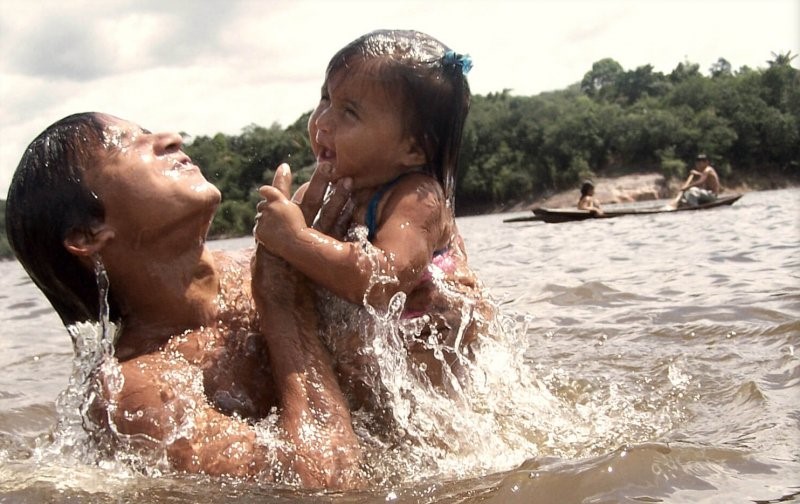 Destruction of the Amazon rainforest is bad news for the planet. It isn’t good news for the people, plants and animals of the region either. And even moderate forest damage raises local temperatures faster than it can affect the average global temperature.

British researchers used comprehensive and systematic sets of satellite data to test the local temperatures of both surviving tropical rainforest in the Amazon basin, and of the surfaces cleared of canopy by fire, axe, drought and grazing.

They report that even if two-thirds of the tree cover survived, the local ground temperature increased. The more canopy that was lost, the more pronounced the effect.

Local thermometer readings went up by almost half a degree in the first 13 years of this century, compared with the original undisturbed forest. And in the dry season, over the areas most affected by severe deforestation, the average temperatures soared by 1.5°C compared with intact forest.

This figure of 1.5°C has almost iconic status. It represents what 195 nations in Paris in 2015 agreed should be the limit of global average warming by the end of the century.

“The Amazon wildfires have reminded us all of the important role that forests play in our global systems. But intact Amazon forests are also crucially important for Brazil’s local climate”

Forests – and in particular the tropical rainforests – are part of the global strategy to constrain global heating driven by ever-increasing levels of greenhouse gases in the atmosphere, themselves the product of fossil fuel use and the destruction of grasslands and forests.

In a process called evapotranspiration, great tracts of canopy draw cascades of water from the soil and release it into the atmosphere, to lower local temperatures and at the same time absorb atmospheric carbon dioxide.

But rainforests such as the Amazon are also at risk, directly from human assault and less directly from global heating as higher temperatures increase the hazard of longer droughts, which in turn intensifies the loss of canopy.

And political change in Brazil now means that the planet’s “green lungs” are more at risk than ever, as fires blaze over the region.

Jessica Baker from the University of Leeds and her co-author report in the journal Frontiers in Forests and Global Change that almost one million square kilometres – an area the size of Egypt – of the Amazon has already been cleared: this is nearly a fifth of the original forest.

The researchers combed through local studies, satellite observations made by day and night, and other research to grade the forest as intact or no longer intact, and then as moderately or severely affected, and then started comparing averaged data from the three years 2001-2003 with that of 2011-2013.

They found that even if 70% of the canopy survived, the damaged forest was significantly warmer than the nearest intact forest. Towards the end of the dry season of August and September, heavily disturbed forest regions warmed by as much as 1.5°C compared to intact canopy.

“The Amazon wildfires have reminded us all of the important role that forests play in our global systems,” Dr Baker said. “But it cannot be overlooked that intact Amazon forests are also crucially important for Brazil’s local climate.”

And her co-author Dominick Spracklen said: “Evapotranspiration can be thought of as the forest ‘sweating’; when the moisture emitted by the forests evaporates it cools the local climate. Deforestation reduces evapotranspiration, taking away this cooling function and causing local temperatures to rise.