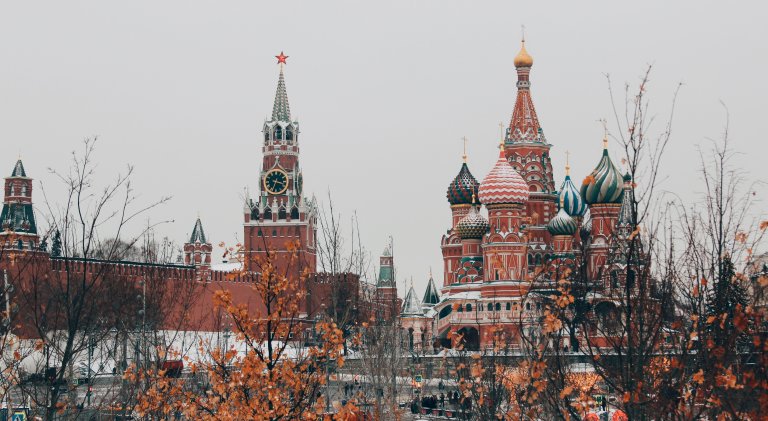 Russia’s record on emissions cuts is  not brilliant – but few countries’ are. Image:  By Michael Parulava on Unsplash

Reports from Moscow suggest that Russia will announce its support for the Paris climate accord before the end of 2019.

Officials in Moscow say the Russian government plans, after several years’ hesitation, to ratify the global agreement, the Paris climate accord, within the next few months.

Enough countries had completed the ratification process for the Agreement to enter into force in 2016, so Russia’s long-awaited move will make little practical difference to efforts to strengthen progress through the Paris Agreement towards a net zero economy.

But Russia is the biggest emitter of greenhouse gases to have failed so far to ratify the Agreement, signed by 195 countries in December 2015, so its move may have some effect in spurring on other laggards. Ratification defines the international act by which a country agrees to be bound by an accord like the Paris Agreement.

Angelina Davydova, a Russian journalist who works for the Thomson Reuters Foundation, told the Clean Energy Wire (CLEW) journalism network that a Russian announcement is expected before the end of 2019.

It will probably come either during the United Nations Secretary-General’s climate summit in New York on 23 September or during the next annual UN climate conference (COP-25) in Chile in December, she said.

Probably more remarkable than the ratification itself is what it will say about the effectiveness of the Paris Agreement, which already faces widespread criticism for its slow progress towards achieving greenhouse gas emissions cuts that reflect the growing urgency of the climate crisis.

The Climate Action Tracker (CAT) is an independent scientific analysis produced by three research organisations which have been tracking climate action since 2009. It checks progress towards the globally agreed aim of holding warming to well below 2°C, and trying to limit it to 1.5°C.

It says Russia’s present course on cutting emissions is “critically insufficient”, CAT’s lowest rating. If all governments’ targets for cuts matched Russia’s, it says, the world would be committed to warming by more than 4°C − over twice the upper limit agreed in Paris, and likely to prove catastrophic for much of the world.

“The vast majority of countries have targets that are woefully inadequate and, collectively, have no chance of meeting the 1.5°C temperature goal … most governments are nowhere near taking the radical steps required”

In its Mid-Year Update, published last June, CAT provides a wider perspective, setting Russia’s lacklustre performance in a global context. It says: “2018 saw energy-related emissions reach yet another historic high after significant net greenhouse gas increases, 85% of which came from the US, India and China.

“Coal reversed its recent decline and was responsible for over a third of CO2 emissions. At the same time there was a huge 4.6% surge in natural gas CO2 emissions and an associated rise in atmospheric methane.

“This, plus a stagnation in the number of renewable energy installations, make it clear that governments must do a lot more to address the climate crisis…

“…the vast majority of countries have targets that are woefully inadequate and, collectively, have no chance of meeting the 1.5°C temperature goal of the Paris Agreement … most governments are nowhere near taking the radical steps required, especially given that global emissions need to halve by 2030 in order to keep the goal of 1.5°C alive.”

Davydova sees progress in Russia, but recognises that it is slow. She said the country’s coal and steel lobby was more or less persuaded that it was “not that threatened” by the ratification. “Russia still has very unambitious climate goals (the target is actually below what we have now)”, she said.

“But overall, climate change is becoming more of an important topic on the political and public agenda. There is increasing concern about climate change, mainly in the form of estimations of risks and need for adaptation.”

President Vladimir Putin acknowledged recently that climate change is dangerous for Russia. “But he also said renewables (solar and wind in particular) might not be that beneficial for Russia, since the country has so much oil and gas and needs to make use of [them]”.

Davydova added. “Russia is far less of a climate sceptic than it used to be … we even have a youth climate movement now, and there are Fridays for Future demonstrations running in Moscow and a number of other cities.” − Climate News Network

Alex Kirby is a former BBC journalist and environment correspondent. He now works with universities, charities and international agencies to improve their media skills, and with journalists in the developing world keen to specialise in environmental reporting