Jakarta’s sea level prompts a move – at a price 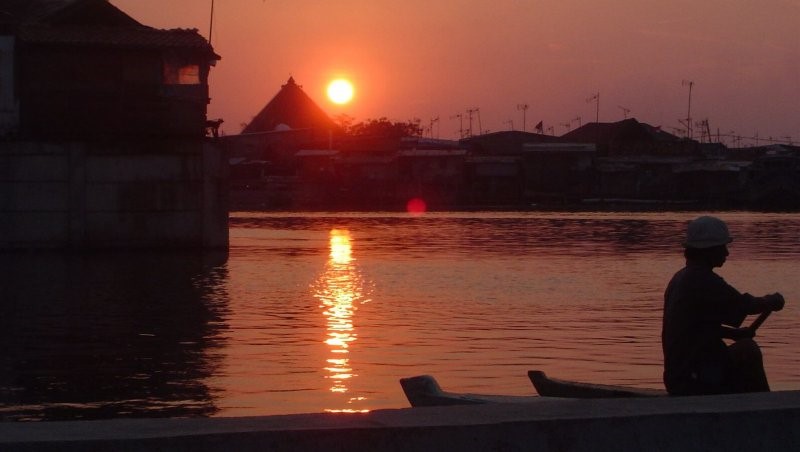 For its people, Jakarta’s sea level is a nagging anxiety. But moving the Indonesian capital 1,000 kms to safety will be horribly costly.

Spare a thought for the poorer residents of Jakarta, Indonesia’s sprawling capital city.

If your house on the Indonesian coast is threatened by the ocean because of climate change, then maybe – if you’re lucky and wealthy enough – a move to higher ground further inland may be possible.

But what happens when a whole city, with millions of people, is threatened by rising seas?

Jakarta has a population of more than 10 million. Established as the capital of what was the Dutch East Indies in the 17th century, the city is built on swamp land on the north-west coast of the island of Java.

But not only is Jakarta threatened by rising sea levels: rapid, largely unplanned expansion and building work has resulted in the city becoming, according to experts, one of the fastest-sinking urban areas in the world.

It’s estimated that up to 40% of the area of Jakarta is now below sea level. In northern districts of the city bordering the sea, rising sea levels are threatening many neighbourhoods, and flooding is common.

Attempts at tackling the issue have so far made little impact. A scheme designed to keep seawater out involving the construction of a 32 kilometre-long outer sea wall called the Great Garuda and 17 artificial islands straddling Jakarta Bay has been subject to long delays and finance problems.

“This huge project will need to be done quickly to prevent Jakarta from sinking into the sea”, says Joko Widodo, Indonesia’s president.

Ongoing extraction of groundwater from beneath the city is another serious problem, leading to frequent land subsidence.

Parts of Jakarta are sinking by as much as 25 cms each year. Experts say that in some areas the land has sunk by 2.5 metres over the last 10 years.

Now the Indonesian government is taking radical action. It’s announced plans to move the country’s capital elsewhere – to more than 1,000 kms away in East Kalimantan, on the Indonesian portion of the island of Borneo.

Officials talk of creating a “smart and forest” city; the project, which has an initial price tag of US$33 billion (466,650 bn Rupiah), will involve the foundation of a new administrative capital, with up to 1.5 million civil servants being relocated.

Jakarta will retain its role as Indonesia’s commercial and financial hub. The government says work on the new city is due to begin in two years’ time and to be completed by 2024.

The construction of the new capital might go some way to settle one set of problems, but is likely to give birth to others.

The island of Borneo – shared between Indonesia, Malaysia and the small state of Brunei – contains one of the world’s largest remaining rain forests, a carbon sink which soaks up vast amounts of climate-changing greenhouse gases.

In the early 1970s three quarters of Borneo was covered in rainforest. By 2010, the forests had shrunk by more than 30%, with huge areas logged or given over to palm oil plantations.

Large areas of peat – another vital repository for hundreds of thousands of tonnes of climate-changing carbon – have also been destroyed. Indonesia has undertaken several coal-mining projects in its part of the island.

As the forests have been chopped down, wildlife has suffered. Numbers of orangutan have dropped by an estimated 100,000 over the past 20 years.

Despite pledges by the Indonesian government to build a sustainable “green” city and carry out various environmental surveys, many are sceptical about the building of the new capital.

Experts point out that many environmentally important areas of Borneo have already been destroyed by haphazard, badly planned development projects. They say the new plans, including the construction of a whole city, are only going to make the situation worse.

The daunting prospect facing Jakarta is likely to confront many other countries within the next few decades. Last month US researchers said the rising threat of flooding caused by climate change meant Americans should prepare for managed retreat from their own coasts. – Climate News Network