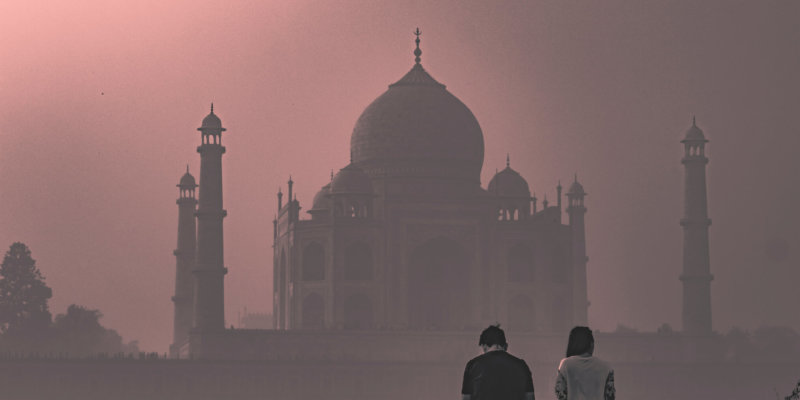 The global climate is heading fast for crisis. Image by Ankit Gupta on Unsplash

The annual UN global warming conference is over. Despite some progress, the Katowice climate talks show political action still lags far behind the science.

LONDON, 17 December, 2018 − By tradition, United Nations conferences on tackling global warming always over-run. No surprise then that the Katowice climate talks ended a day late. They made some useful progress. But the underlying message from Poland is that diplomatic efforts to prevent global temperatures increasing to dangerous levels are nowhere near what climate scientists say is needed.

Katowice (COP-24, in UN jargon, otherwise the 24th Conference of the Parties to the UN Framework Convention on Climate Change) was meant to be an opportunity to put flesh on the bare bones of the Paris Agreement, the achievement of the 2015 COP, held three years ago in the French capital.

That agreed that global temperatures should not be allowed to rise by more than 2°C above their pre-industrial levels, and that every country should do its utmost to keep the rise if possible to a maximum of 1.5°C.

The Agreement’s commitments do not actually commit governments to anything, because they are entirely voluntary. So Katowice sought to agree a rule book: countries would sign up to more demanding pledges of greenhouse gas emission cuts and would be more transparent about how far they were living up to them.

The meeting did agree on measures to improve transparency: how governments will measure, report on and verify their attempts to cut emissions. But there was little movement on the central question of how countries will step up their targets on making bolder cuts, and without that it is hard to see the Paris Agreement being able to have much practical effect.

“The UN Summit failed to align ambitions with science”

For all that, there was praise for Katowice. The incoming director of the Potsdam Institute for Climate Impact Research, Johan Rockström, said: “The Katowice agreement is a relief. The Paris Agreement is alive and kicking, despite a rise in populism and nationalism. With the rule book now finally adopted, the Paris agreement can be implemented. Overall the Katowice decisions provide enough momentum to move forward…

“My biggest concern is that the UN Summit failed to align ambitions with science, in particular missing the necessity of making clear that global emissions from fossil fuels must be cut by half by 2030 to stay in line with the IPCC 1.5 C report.

“This is a real concern. We continue to follow a path that will take us to a very dangerous 3-4°C warmer world within this century. Extreme weather events are hitting people all across the planet already, with only 1°C of global warming.”

Professor Rockström identifies exactly why many people, despite Katowice’s acknowledged progress, are disappointed at its outcome: it does not seem to have absorbed the scientists’ message that the planet needs far faster action on reducing emissions than anything now on offer.

Once again, the careful pace of diplomacy as the annual COPs roll around is the best that the UNFCCC can manage, and it is not remotely fast enough to confront the scientific reality. The negotiators make gradual progress, while in the real world the climate gallops towards crisis point, now only 12 years away according to the IPCC (the Intergovernmental Panel on Climate Change).

Add to this the fact that the entire COP process is voluntary, consigning the fate of the single biosphere which sustains life on Earth to the choices − and sometimes the whims − of around 200 widely differing governments, and it is little surprise that the UN is being left behind by events.

Yet it remains the only game in town, the only way so far developed for potentially slowing global temperature rise. It’s not enough, but it still offers hope of reducing the threat from climate change to some degree.

The Katowice negotiators ran out of time. It is ironic that at this rate the planet could do so too. − Climate News Network

About the author: Alex Kirby is a former BBC journalist and environment correspondent. He now works with universities, charities and international agencies to improve their media skills, and with journalists in the developing world keen to specialise in environmental reporting.Top of Form