The Hydrogen economy and de-carbonisation

On Wednesday 12 December, the Financial Times carried an article from Seoul, South Korea, stating that over the next ten years Hyundai, the world’s fifth largest car manufacturer, will commit US$6.7 Billion to the hydrogen economy. The article stated that this will raise their production capacity for fuel-cell systems and cars to 700,000 units a year from the current level of 3,000 units a year.

Interestingly this announcement had no immediate impact on the share price of ITM, an important UK player in the hydrogen sector. On Friday 14 December, the price hovered around 25pence, finally closing at 24.9p, by comparison with a price a year ago of 37.5p. So no obvious dramatic movement here. That is perhaps the more explicable if Hyundai’s announcement is rather to be seen as a “Statement of intent” in the wider context of the de-carbonisation agenda for the years 2030 to 2050. 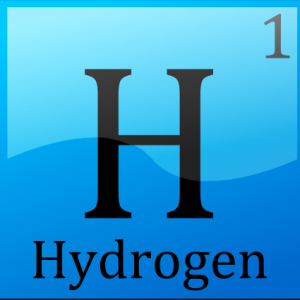 It is clear that Hydrogen will have to play a much increased role in the future if carbon emissions are to be limited to the sort of level which the scientists tell us is necessary to avoid a dangerous increase in world temperature with unpredictable consequences. Both transportation and storage are susceptible to the substitution of electricity from hydrogen rather than from hydrocarbons. We already have buses powered by hydrogen and there is evidence that it may be preferable for larger vehicles to use hydrogen rather than battery electricity (even though Tesla is working on a battery-powered “electric truck”). Similarly, there is another major potential role for hydrogen in residential and/or industrial heating.

There are two problems: the first is that the existing technology for producing hydrogen also produces plenty of carbon as well. What is needed is CCUS (Carbon Capture Usage and Storage) or a new technology, perhaps some form of electrolysis, which would be technically attractive. But they would also need to be financially compelling as well. Here we come across a familiar “chicken and egg” situation. Should the infrastructure for a hydrogen economy be ready before a massive switch-over can be expected? Or should the switch-over occur first so as to justify the expenditure on the infrastructure? For the cost advantages of scale are needed to make the necessary infrastructure financially competitive.

This is an area where Governments, and only Governments, have their role to play. The over-all context is one of decarbonisation, which means verifiable emission targets, set by Governments. Hence the relevance of the recent UN conference on the follow-up to the 2015 Paris agreement on Climate change which came to a close in Katowice, Poland, at the end of last week. Of course much has changed since 2015, not least the decision of the Trump administration to withdraw from the agreement and its chosen methodology.

Many will find the output of the conference inadequate: delegates at least came up with an agreed view as to how states should report their greenhouse gas emissions and their climate targets. But crucially there was no decision on the question of precise figures for limitations on carbon emissions for the future. That has been left for the next conference in 2020. Glass half full, glass half empty: who knows?