Where are we on Fracking?

On Monday 15 October Cuadrilla, having weathered a last-minute legal appeal, finally started fracking operations in the shale basin below their Preston New Road site. Fracking involves injecting liquid underground at high pressure to force open fissures and allow access to oil and gas. Experts do not yet know whether fracking in the UK is both technically possible and commercially viable. In the final form, it is only by actually fracking that reliable answers to these questions can emerge. Cuadrilla hope to evaluate their data by “the first quarter of 2019”.

Fracking has taken a long time to transfer to the UK from the US where the technique has been widely used successfully for a number of years: indeed the resulting “shale gas revolution” has had a dramatic effect on the world-wide energy balance. While British politicians have been aware of the potential impact of successful fracking for some years, there has been strong local opposition to the granting of the necessary permits. As a result, progress has been cautious and slow: Francis Egon, the CEO of Cuadrilla, stated at a recent conference that his company had been very closely scrutinised environmentally, with a record number of visits from the relevant authorities. (Which is a good thing- in the long term Fracking can only be acceptable if it is seen to be safe) 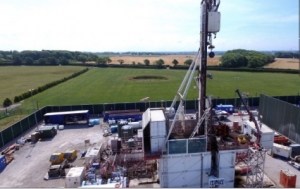 The tension has been at the planning level, where a potential national economic benefit has to be weighed against opposition from local voters and activists. The Government’s solution has been to empower Ministers to “call in” local planning decisions. It is worth recalling that in mid-May 2018, Cabinet Ministers made an important formal statement giving support to the “potentially substantial benefits from the safe and sustainable exploration and development of our on-shore shale gas resources”.

The statement was jointly endorsed by, the Secretary of State for Business, Energy and Industrial Strategy and the Secretary of State for Housing, Communities and Local Government, as befits the somewhat complicated responsibilities involved. The statement notes the continuing demand for natural gas, rehearses the steady decline in the percentage of gas available from the North Sea and suggests that gas from domestic resources would enhance security of supply. The planning process might well need strengthening to help avoid unnecessary delays.

Actual fracking operations in the UK will also provide more solid evidence to back up, or refute, various commonly-made claims. Does fracking really cause earthquakes?  (The suggestion apparently rests on evidence from 2011 that fracking did indeed cause earthquakes, but they were so modest on the Richter scale that they could not be detected buy human beings, but only by specialised machines.) Do fracking operations risk contamination of the water table, and if so, how? (The shale deposits are in the rock, far below the water table) Are the climate change benefits of switching from oil or coal to gas over-stated? The list could be quite long.

A final, curious fact derives from Companies House. We are told that there are no less than twelve Cuadrilla companies in Preston, all at the same address, and all registered as providing “support activities for petroleum and natural gas extraction”.  Twelve companies?