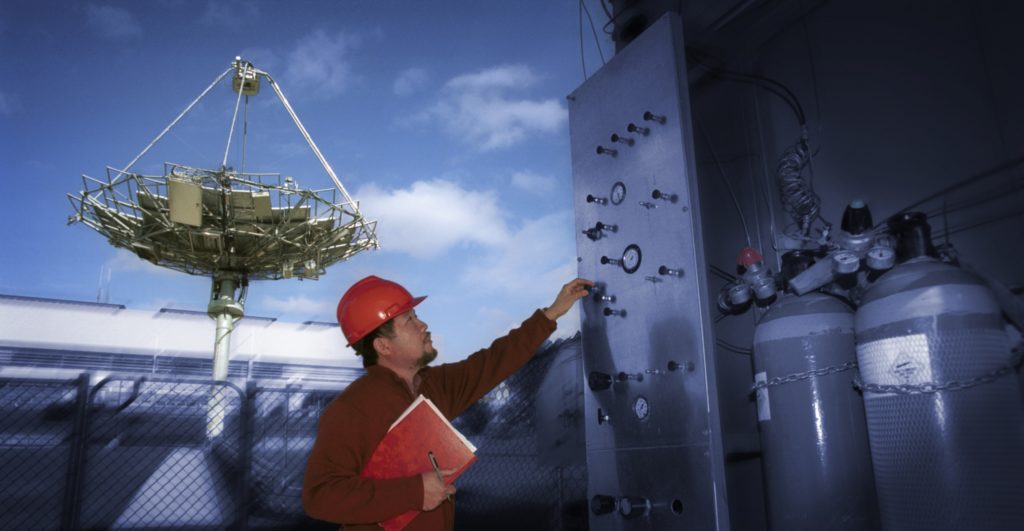 This article first appeared in in www.climatenewsnetwork.net

LONDON, 9 July, 2018 – It’s bad news for Old King Coal, Big Oil and their mates, but smarter renewables are helping to break new ground. The offshore wind industry and concentrated solar power have so far been tried only on a large scale, and in a few pioneer countries. But that is changing fast.

Both ways of generating electricity, from wind and sun, were once thought technically feasible but too expensive to compete with fossil fuels. Advances in technology, though, and economies of scale have meant that costs are falling quickly.

One key factor in their new success has been that surplus renewable energy can now be stored, either by batteries or heat reservoirs, and can then be used at periods of peak demand.

Offshore wind power, pioneered in Denmark in 1991, has now become a major provider of energy in the United Kingdom, Germany and the Netherlands. Outside Europe China is also a major investor. Altogether 17 countries now have offshore wind, but more than 100 have coastlines where the technology could be deployed, so the potential is enormous.

Among the countries now considering large-scale offshore wind farms are Poland and Ireland in Europe, the US and, in the Far East, Taiwan, according to the organisers of a conference on offshore wind technology to be held in November.

One innovation that has made a difference is the improved design of turbine blades that makes them more efficient, as well as the enormous increase in the size of offshore installations (up to 9 megawatts for each turbine), and the development of floating wind farms.

Although installing wind onshore is far cheaper than offshore, it is often far more difficult to obtain permission to build because of public opposition. Offshore, the turbines can be much larger, the wind flows are more regular, and uncertainties and costs from delays are reduced.

The second technology that is taking off is concentrated (or concentrating) solar power(CSP), a way of producing electricity that has been around for longer than offshore wind.

Till now its development has always taken second place to solar panels, which are quicker and cheaper to install. The cost of generating electricity from panels had also fallen so dramatically that they seemed to have edged out their solar rival.

But CSP is making a comeback, largely because it can now guarantee a 24-hour supply by using heat generated during the day to drive turbines at night.

“CSP has become a technology of major interest . . . the potential in the Middle East and North Africa is enormous”

Another advantage is that, unlike solar panels which lose efficiency if they get too hot, CSP thrives in such conditions – the hotter the better. This makes the Middle East, where temperatures are getting ever higher as a result of climate change, a huge potential market for CSP.

In Europe Spain, with abundant sunshine, has led the way. More recently, across the Straits of Gibraltar Morocco has become a world leader. It has a 40% target for renewable energy by 2020, rising to 52% by 2030, and already has a 160 megawatt CSP plant up and running. Three more are expected to come on line in the next few months.

So far the best form of CSP has not been settled. Some systems use parabolic troughs which concentrate the sun’s rays on a tower containing molten salt, or a combination of other substances capable of heating to a temperature of 500°C or more. The heat can then be used directly to drive turbines housed in underground reservoirs, generating electricity for later use and ensuring an uninterrupted supply.

Some systems use mirrors that follow the sun’s path to make the maximum use of its rays. Others include hybrids that use both mirrors and solar panels.

Currently, with the support of the World Bank, Morocco is running a competition for more hybrid CSP systems to reduce the price of the electricity. Although the first Moroccan venture produced electricity at $189 a megawatt hour, the second is already down to $140 and later proposals are expected to be between $50 and $100.

This hope of reduced costs is partly because Dubai, another desert kingdom intent on exploiting the sun’s power, is building a 200 megawatt CSP plant due to generate current at $73 a megawatt hour under a 35-year power purchase agreement with China’s Shanghai Electric.

These prices are still relatively high compared with onshore wind, but all have the advantage of removing the intermittency of other renewables by building in 24-hour supply. They also have other benefits for countries which otherwise would have to import fossil fuels, saving substantial sums.

With countries with plenty of sunshine and deserts, like Egypt, and in some cases lots of money for investment, like Saudi Arabia and China, CSP has become a technology of major interest. Like offshore wind it is currently in development in a relatively few countries, but the potential in the Middle East and North Africa is enormous. – Climate News Network