In a recent trading statement Ilika said that financial results for the six months to October 31 are expected to show an increased revenue of £1.0m, up three-fold from £0.3m for the same period last year.  Operating losses also dropped to £1.4m (H1 2016: £1.9m).

This increase should be put in context of the last five financial years during which Ilika’s revenue has stayed between £1m and £1.09m, except in 2016 when it dropped to £0.6m. Losses after tax have fluctuated between £2.7m and £3.5m.

This remarkable stability is because Ilika is more like an industrial research and development centre than a commercial enterprise, even if it hopes to become the latter eventually. Revenue comes mainly from industrial and government grants: for example, in the financial year to April 2017 Ilika received 74 per cent of its revenue from Innovate UK. This emphasis is perhaps not surprising as the company was founded as a spin-out from the School of Chemistry at the University of Southampton. 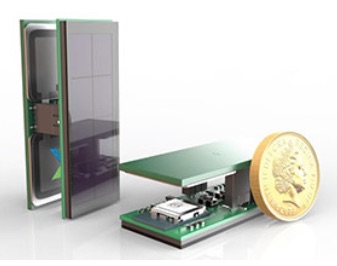 The grants are spread between six projects of 1 to 3 years duration to which Ilika brings its expertise in the rapid composition and testing of new materials. All the projects are in conjunction with other organisations, one of which is always a major manufacturer, and all address interesting new technologies.

One project led by the Toyota Research Institute is more general research into new materials, while the last with Johnson-Matthey involves the development of a suitable anode material for Lithium-Sulphur batteries. If successful, these could be cheaper and have higher energy density than Lithium-ion.

With all of this activity it is surprising that 60 per cent of Ilika’s resources are devoted to development of their StereaxTM miniature batteries, which are used to power sensors that  transmit their results wirelessly on the internet of things. The Stereax has a solid electrolyte and claims several advantages over Lithium-ion, among which are higher energy density and faster charging (see Greenbarrel article of July 2016). The latest version, the P180, has a temperature range from -400C to +1500C and is non-flammable.

The hunt for applications has been focussed until now on the medical and automobile sectors, but in November Ilika announced a partnership with the Chinese manufacture Titan Wind to develop a battery-powered sensor that is integrated into the blades of a wind turbine in order to monitor their condition. A vibration harvester will re-charge the battery.

In spite of all the many interesting opportunities the company has not yet started to gather significant royalties or licensing fees. No doubt as a result the stock price has declined steadily since the end of 2014 from around 100p to 19.5p today. Even the positive results in the recent trading statement had no effect. However, not everyone agrees. On December 4 it was announced that Sapia Partners, an investment company, had increased their shareholding to 8.05 per cent of the total. We now await publication of the full half-year results, expected on January 9 2018.

By Julian Singer|2017-12-06T12:41:41+00:00December 6th, 2017|Ilika Plc|Comments Off on Ilika expects a significant increase in revenue as it continues to hunt for commercial applications