Despite the current volatility on the financial markets, London AIM-listed Ilika plc finds itself neatly positioned in a space poised for strong and steady growth in the years to come. The company, which was originally spun out from the School of Chemistry at the University of Southampton, is a pioneer in solid state battery (SSB) technology enabling solutions for applications such as Industrial IoT, MedTech and electric vehicles (EVs). As well as the obvious appeal of the EV market, it sees huge potential in medical technology advances, including the trend for miniaturisation to improve patient experience and reduce costs for healthcare organisations and insurers.

Its Stereax customisable solid state batteries can be miniaturised for powering next-generation implantable medical devices as well as industrial wireless sensors in hostile environments. Such millimetre-scale batteries can enable miniaturisation of cardiac-implanted sensors, for example.

While share prices remain way down on the big highs of 2021, and even earlier this year, there’s plenty of tangible activity afoot to keep investors interested in Ilika long-term. That includes strong momentum on the EVs side, which is now an area of huge political significance amid the global scramble for net zero. 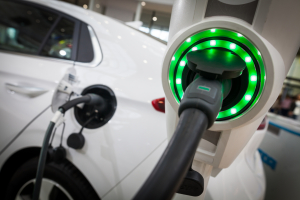 Most recently, Ilika landed a £175,000 grant from Innovate UK’s Automotive Transformation Fund (ATF) in September for a nine-month series of manufacturing equipment trials to further de-risk the industrialisation plan for its Goliath large format cells for electric vehicles. These solid-state ‘Goliath’ batteries are larger than the Stereax minis and can be deployed for electric lorries and other vehicles. The new initiative, named Scale-Up Trials on Equipment for Production (STEP), follows two other recent successful Advanced Propulsion Centre (APC)-funded industrialisation projects: SOLSTICE and BUS100.

Graeme Purdy, Ilika’s chief executive, called the trials a “crucial part” of the company’s industrialisation journey, providing an opportunity to work closely with UK-based equipment vendors. It maintains close, long-term links with other key industry partners too, in a market with rich potential. Solid state batteries, or SSBs, are seen as the likely successors of lithium-ion batteries, which are presently used in EVs, with the market for SSB technologies for automotive and other applications expected to grow significantly in the future.

The next step towards commercialisation will see Ilika scale up to a large pilot facility, exercising its IP and know-how at a production volume level relevant to its automotive target markets. Following this intermediate milestone will be a move to gigascale under licensing and off-take agreements in collaboration with battery giga factories and OEMs.

In June, it commenced a six-month economic feasibility study with the UK Battery Industrialisation Centre (UKBIC) to understand what is required to create a dedicated 100 MWh SSB manufacturing line within the UKBIC facilities, so a great deal of groundwork has already been done. Ilika has been working closely with Comau, part of Stellantis, a global leader in industrial automation at the forefront of development of SSB technology, and the two have developed a roadmap to scale production to 2 MWh per year by the end of 2023.

Longer-term production scale-up has been planned in three stages. The first step, currently underway, will be achieved by enlarging the current facility in Hampshire, UK, using money from a 2021 fundraising.  An Ilika-Comau funded study also focused on an 100 MWh-level capability, as part of a second scale-up step. The third and final step, at GWh or ‘gigascale’, will take place once the 100 MWh facility has been exercised.

With the end of 2023 a little over a year away, the first target — to scale production to 2 MWh per yea — should keep be enough to investors interested. The hope is that it could also mark the start of Ilika generating more exciting returns for its undoubted labour and innovation.