Lowest ever prices for Indian Wind-power

Tariffs of Rs 2.64/5 are lower than the Rs 3.20 per kilowatt hour, which is the average cost of the power generated by coal-fuelled projects from India’s largest power generation organisation, NTPC Ltd. The price gap between electricity generated from thermal and wind has plainly been bridged. This is primarily due to the costs of wind turbine generators falling by 20 per cent over the past five years. 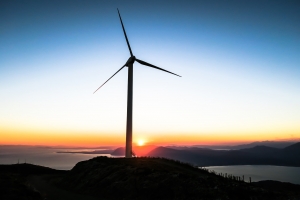 Some experts worry about the possible implications of future auctions, but vertically-integrated companies like Inox Wind Infrastructure Services, which has already won a 300 MW order at the auction held earlier in the year seem to view the future with equanimity on the grounds that they manufacture their own turbines and thus will have a competitive cost advantage when bidding.

That said, there are acknowledged problems ahead in terms of integrating large amounts of wind power with the grid. Wind is generically an intermittent resource and there are special additional factors at play in India. Wind power is particularly seasonal (the wind surges in the monsoon) and farms are concentrated in southern India and in the west.

But in terms of managing the grid there may also be problems associated with switching to auctions from a system based on feed-in tariffs, where the purchase price can be known in advance. As in Germany, an auction system makes it much harder to develop a business case for a new thermal plant, for it makes the purchase price of electricity to be generated more difficult to predict.

And there is a further an unwelcome consequence: some states are said to be looking again at the off-take commitments enshrined in power purchase agreements already signed, which promised a higher unit price under the previous system. So these new lower tariffs are not necessarily all good news.

But notwithstanding these problems, the Government of India is clearly committed to the renewables option and has unveiled ambitious targets:  175,000MW of renewable energy is scheduled to be installed by 2022, of which 60,000MW is to come from wind projects and 100,000MW from solar (India has 300 days of sun a year and the cost of solar modules is said to have fallen by some 80 per cent over the last five years)