AMTE Power, the Thurso-based manufacturer of lithium-ion and sodium-ion batteries, marked the first anniversary of its AIM listing in February. Its shares were sold for 175p at the initial public offering but have dropped steadily since then to their present value of 90p. This is disappointing, given the need for energy storage and electric vehicles, and suggests a lack of vision on the part of investors.

It may be that the market is more interested in Gigafactories, whereas AMTE offers a range of specialised products aimed at particular markets. It does have plans for a relatively small Gigafactory and is evaluating different sites, but the decision will not be taken before the end of 2022 for a possible opening in 2025. It may also be because the company has not yet commercialised some of its most interesting products and sales revenue has remained low. In a trading update on 10 March AMTE announced a total revenue of £0.86 million for the six months to December 2021 compared with £1.97m for the year to 30 June 2021. In both cases less than half was actual sales revenue: £0.16m in the first case and £0.69m in the second, the remainder in both cases being grant income. 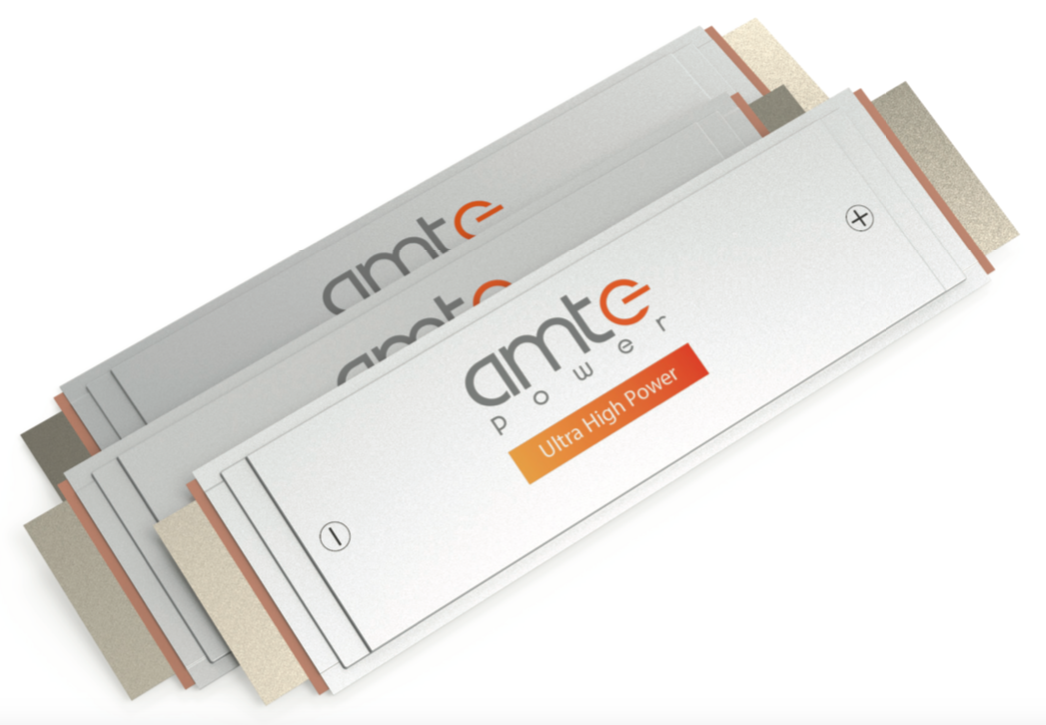 Most of these sales come from its UltraEnergy and UltraHighPower cells, which are both lithium-ion batteries whose main market is electric cars. The UHP can deliver power and be recharged at much higher rates than most lithium-ion batteries, so is of interest in the automobile sector. (This feature also leads to a shorter lifetime, so it is used as a boost alongside conventional lithium-ion batteries).

AMTE’s most promising product, the UltraSafe battery, will not be commercialised until later this year.  It is a sodium-ion battery, which does not depend on the special metals such as lithium and cobalt needed by its lithium-ion cousins, and therefore has a significantly lower carbon footprint. The performance in terms of efficiency and energy density is comparable to lithium-ion, but much more research and engineering have gone into the latter so particular products have been optimised to give better performance in some conditions. Since lithium is lighter than sodium, lithium-ion batteries are likely to remain the favoured option for mobile equipment such as cars and phones, even though the risk of spontaneous combustion is higher. Sodium batteries should be preferred for storage once they have been commercialised at scale. In the long term and with sufficient development there is a chance that they might displace lithium for mobile equipment.

A, if not the, leading developer of sodium ion batteries world-wide is Sheffield-based Faradion, with whom AMTE have an association. Sodium batteries ought to be cheaper than lithium because sodium is readily available from common salt. However large production chains have been set up to produce lithium batteries thereby lowering the marginal cost, whereas sodium production is still on a small scale.

AMTE hope to change that. In March 2022 the company announced its first commercial contract for the provision of 1000 UltraSafe batteries to AceOn, a UK energy and energy storage company. They will be used in conjunction with solar panels to provide electricity to communities in sub-Saharan Africa.

Meanwhile the company is focused on developing the techniques for high production rates of its lithium cells in conjunction with the UK Battery Industrialisation Centre in Coventry. In its trading update AMTE warns that “…As a result of refining product development, scale up, and increasing operational capacity, we expect reduced revenue and a modest impact on loss before tax over the next two years.” In other words, investors must be patient.