In April 2022, the Prime Minister released a 31-page document entitled “British Energy Security strategy.” It perhaps makes most sense as a follow-on to the ten-point plan put forward in November 2020. It takes into account both the latest news of the Russian invasion of Ukraine and the most recent report on Climate Change by the IPCC, which was also published this month (April).

The PM’s document was not particularly favourably received, as it sought to deal with both the immediate cost of living crisis and the longer term strategic questions and therefore suffered from a lack of focus. But the longer term aspect provides a useful reminder of Boris Johnson’s somewhat personal approach to several of those strategic questions which were already vital and have become even more important in our changed circumstances. 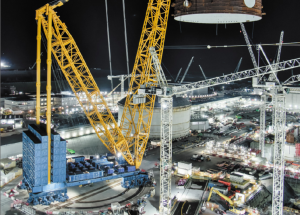 To begin with, he rejects the suggestion that ending reliance on Russian oil and gas should mean ending all reliance on oil and gas, as the climate warriors insist if we are to have any hope of controlling our emissions. The introduction states “Net zero is a smooth transition, not an immediate extinction, for oil and gas.” And, as if to reinforce the message, we know that he made a trip to Saudi Arabia to ask for an increase in their oil and gas to compensate for the ending of Russian supplies.

Secondly, he is in favour of a resurgence of investment in nuclear power to fill the evident gap in electricity generation between demand and an expanded recourse to renewables, of which he is all in favour. More particularly, he is in favour of the “Rolls-Royce” option i.e. using in the civil arena the military experience gained from nuclear submarines. (This is backed up with a reference in Delivery highlights to “Investing £210 million to develop Small Modular Reactors with Rolls-Royce.”)

Thirdly, he sees a continuing, not to say, resurgent role for oil and gas from the North Sea, on which “….. estimates suggest 7.9 billion barrels of oil reserves remain under our seas and 560 billion cubic metres of gas.” Obviously in terms of security of supply, the North Sea has real advantages over imports from abroad, equally oil/gas  which is not commercial at the price of two months ago of $60 a barrel, may very well be commercial at today’s Brent price of $106.80. The trick will be to ensure that all the reduced gas still being used by 2030 is “home grown.”

But some of the points are more controversial. The British Geological Society will be urged to keep an “open mind” on onshore reserves (i.e. shale gas) as they do their survey, but it is hard to see a conclusion other than that fracking risks earthquakes. This is not a market-based fact, nor does the UK have the sort of vast space of which the US shale companies dispose. In another area it does not help to suggest that Carbon Capture & Storage is already in use as a commercially proven technique. Certainly it has been around for a long time, but that is not quite the same thing.

Finally, is “including tidal” on the Solar and other technologies page a hint that the Government may look again at the proposals for the Severn barrage? We must wait and see.