It is well known that Lithium is a soft, silver-white, chemical element with the symbol Li and atomic number 3, which means that it is the least dense metal and solid element within the alkali metal group on the periodic table. In nature, lithium occurs only in compounds, due to its high reactivity, like all alkali metals. It is highly flammable yet is seen by governments as more and more important as it becomes an essential ingredient in batteries for electric cars and mobiles. As the world increasingly tries to decarbonise, global annual production has far more than doubled, from 28,100 tons in 2010 to 82,000 in 2020.

Forty-nine per cent of the world’s lithium is currently mined in Australia (40,000 tons a year in 2020) and the next most prolific source is Chile (18,000 tons in 2020), where it comes from what used to be a lake, millions of years ago and the brines thus generated are entirely differently from the rock mined in Australia. But in both cases, the partly transformed lithium is then shipped to China, which, while only occupying the third place for initial production (some 14,000 tons in 2020), nonetheless in that year processed most of the world’s lithium. Furthermore, it is said to employ an electrical process which uses electricity, but, somewhat bizarrely, electricity largely generated by coal.

Traditionally, mineral processing starts with breaking the rocks to a size where the minerals can be separated from each other and lithium can thus be extracted from the waste by the use of chemicals. But the waste then has to be neutralised. 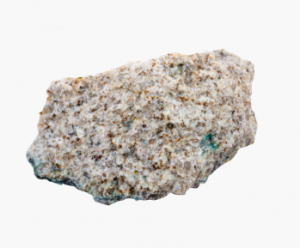 On 5 January 2020, British Lithium was successful in concentrating Lithium Carbonate from zinnwaldite mica in granite. Their revolutionary approach minimised the use of chemicals in a new technology, which has a patent pending. The key is that the waste would not need to be neutralised. Furthermore, because the water composition is essentially unchanged and because mica is being extracted at a really coarse size, this means that the waste material is very similar to building or beach sand. What is more, it is scheduled for processing here in the UK. In addition, British Lithium used renewables to generate their electricity, to iron out the apparent Chinese anomaly, for, as they have stated “The aim of the project right from the start has been to achieve the lowest environmental footprint possible.” This renders the use of renewables logical, if not inevitable.

The ground-breaking work by British Lithium was done at their new plant near Roche, Cornwall, which was funded by Innovate UK to the tune of nearly £3 million. There are certainly impressive plans to increase production in, and of, the UK. “Our goal is to produce 21,000 tonnes of battery-grade lithium carbonate each year” according to the Chairman of British Lithium. That may augur well for future prospects. But the fact remains that the UK is not yet a significant source of lithium. (In 2020 the UK was not in the top seven producers of traditional lithium, though the seventh was Portugal at only 700 out of a global total of 82,000 tons.)