Last week the UK Government produced the long-awaited Hydrogen policy strategy which seeks to put some flesh on the bones of the “Ten-Point plan for a Green Industrial Revolution” launched by the Prime Minister in November 2020. Crucially, it recognises the importance of hydrogen within that overall plan.

The strategy notes that at the moment there is virtually no production of low-carbon Hydrogen in the UK, (or indeed in the wider world). Yet it will be important to produce large volumes of low-carbon hydrogen if the UK is to fulfil its obligation to be carbon neutral by 2050. Sectors such as transport by sea or by lorry, or hard to electrify areas like steel or cement production will need to turn to low-carbon hydrogen as a fuel source. The aim is for 5 Gigawatts (GW) of low carbon hydrogen production capacity by 2030 for use across the economy. This could produce a hydrogen equivalent to the amount of gas consumed by over 3 million households in the UK each year. 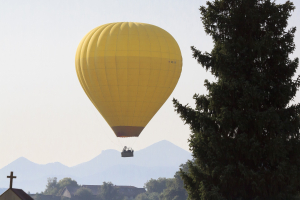 Current UK production and use of high-carbon hydrogen is heavily concentrated in chemicals and refineries, often on the same site. It is usually produced from steam methane, without any use of carbon capture and storage (CCS). Interestingly, low-carbon hydrogen tends to be designated by various colours, according to the method of production: “Green” hydrogen is produced by electrolysis, which means that the only by-product is water;” blue” hydrogen is produced by steam methane, but with CCS; “grey” hydrogen comes from natural gas but without CCS; there is even “turquoise” hydrogen, which uses heat to produce hydrogen and solid carbon.

The problem with all these technologies is that the resulting “improved” hydrogen is significantly more expensive than that produced by existing, more conventional, means. Another striking element of the current system is the absence of major transport infrastructure. The strategy, over one hundred pages of it, is designed to cope with these realities, as well as securing a prominent role for UK industry in what will be a virtually new sector, and promoting the substantial private investment that will be needed.

Part of the strategy is to be based on financial incentives and even here the Government is seeking views on the final design of the £240m Net Zero Hydrogen Fund (NZHF), due to be launched early in 2022. And it is worth remembering that the Ten Point Plan designated hydrogen as a key priority area in the Net Zero Innovation Portfolio, a £1 billion fund to accelerate commercialisation of low-carbon technologies and systems for net zero. But there are certainly other non-financial aspects of the hydrogen economy to be considered, including the regulatory frameworks underpinning the market, the need for a UK Low Carbon Hydrogen Standard and safety.

Finally, it is also clear that this strategy is the beginning, rather than the end. The document itself admits that “It is not possible today, in 2021, to predict with certainty the size of the future hydrogen market in a net zero energy system, nor the best pathway to reach it” But the strategy is welcome for all that. Did a celebrated Chinaman not once say “Every Journey starts with a first step”?