At the annual Oxford Energy Day in 2019, whose theme was storage, a bewilderingly long list of possible techniques was presented, many of which were still academic or at the stage of laboratory testing. Now we are seeing an increasing number of these ideas being implemented by small companies that are building and installing prototypes.

One of them is Energy Dome, an Italian company that has developed a system based on CO2. Among CO2’s many attributes, it has one rare feature: at room temperature it can be turned from a gas into a liquid by applying a moderate amount of pressure. This liquid can be stored easily until it is needed, at which point the pressure is released and the resultant gas used to drive a turbine and generate electricity.

This gas cannot, of course, be allowed to escape into the atmosphere. Instead, it is captured and held in a large flexible dome (flexible so that it is held at the ambient pressure and therefore remains a gas). When the electricity to be stored becomes available, it is used to compress gas withdrawn from the dome and the cycle starts again. 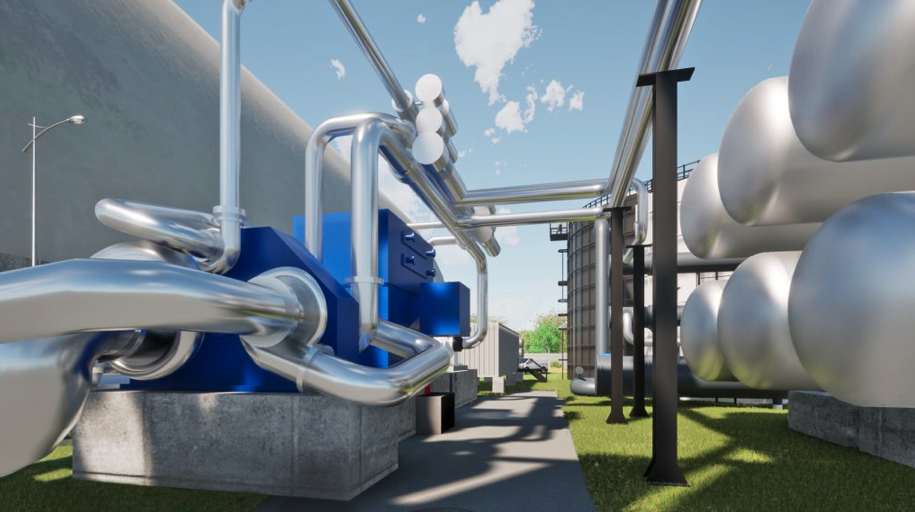 Storage techniques can be classified in various ways: by the scientific principle on which they are based (physical, chemical, thermal etc), by the applications for which they are suited (electricity supply, different types of transport, hand portable etc) and the length of storage for which they best suited (minutes, days, weeks etc). Energy Dome’s system is a thermal method suitable for storing electricity for hours or days.

Its most immediate competitors are Compressed Air Energy Storage (CAES) and Liquid Air Energy Storage (LAES). In CAES it is simple to compress air, but as long as the air remains a gas a very large volume is required to make the project cost effective, usually involving an underground cavern. This limits its geographical use. LAES solves the problem of volume by liquifying the air, but to do so the air must be taken to very low temperatures and high pressures. The equipment needed is more complex and expensive than that used by Energy Dome but may be able to provide more capacity.

An important factor is the efficiency of storage – how much electrical energy does the system put out compared to the amount put in, in other words how much energy is lost in the storage process. Lithium-ion batteries have a high efficiency of 80 – 90 per cent while Highview Power’s LAES has 60 – 70 per cent (see Greenbarrel, June 2020). Energy Dome’s chief executive, Claudio Spadacini, has stated its system’s efficiency is 75 – 80 per cent.

The efficiency enters into the LCOS calculation through the cost of the electricity bought, but it also has a wider importance because the lower the efficiency the more electrical production capacity will be needed, i.e. more wind and solar farms.

Energy Dome’s first demonstration system will be built in Sardinia, with a reported capacity of 2.5MW and the ability to store 4MWh. This rather modest system is expected to be operational in early 2022. The goal is to provide commercial systems with a capacity of 25MW and storage time between 3 and 16 hours, and with a lifetime of 25 years, about double that of Lithium-ion batteries. Mr Spadacini has said that the LCOS of this system will be below $100 per MWh but that eventual costs will reach $50 per MWh, similar to that expected from Highview Power in the long run, but half that of the latter’s current system and less than half of Lithium-ion batteries.

All that, however, remains to be seen. In the meantime, it is good to see another technique coming closer to realisation. Energy Dome is supported by various green investment groups and accelerators.