GWEC India presented its annual report on the Indian wind market on 10 June 2021. India is ranked 4th in terms of world wind power capacity, with 39.2GW installed as of March 2021, all onshore. This, however, is far from the current goal of reaching 450GW of renewable energy capacity by 2030, with 140GW from wind power.

The history of such targets is not encouraging. When the Modi government came to power in 2014 it set a goal of 60GW wind capacity by 2022, a target that will be missed by a large amount. Installations increased consistently, although not spectacularly, until early 2017 when the central government’s Solar Energy Corporation of India (SECI) introduced reverse auctions for renewable power projects, with the project being awarded to the developer who bid the lowest price for the energy generated. The auctions were welcomed enthusiastically by developers as they brought structure and central government support to the process of awarding development rights. In the early auctions there was strong competition for the volume tendered leading to record low prices.

The enthusiasm lasted through 2018, during which 6.4GW was awarded. However, the prices bid proved to be too low, leading to some projects being abandoned and deterring companies from bidding in future auctions. In 2019 SECI tendered 5.4GW in four auctions, but bidders only subscribed to 3.5GW and in the end only 2.1GW was awarded. In 2020 only 1GW was awarded. These capacities are for wind-only installations. As discussed below significant capacity was awarded for so-called hybrid installations – combinations of wind and solar, and sometimes storage. 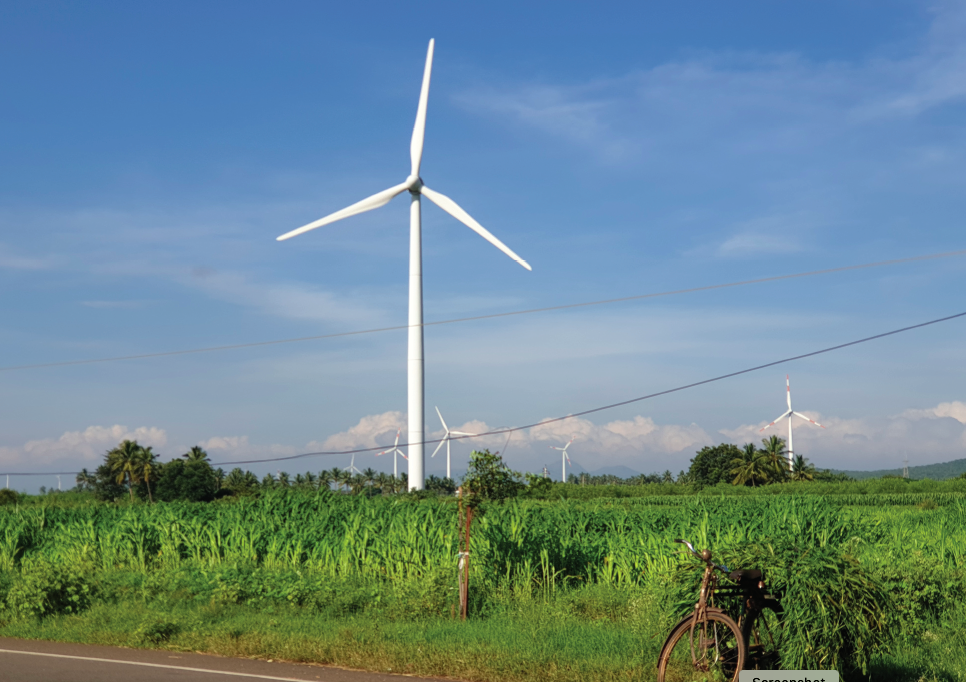 SECI is not the only organisation tendering renewable power. Individual states also run reverse auctions, but at a much lower level (0.3GW awarded in 2019 and none in 2020). In addition, corporations and Industry commission wind power mainly for their own use.

The auction regime made wind power attractive to users, especially power distribution companies, but did not solve the other problems that have plagued renewable energy introduction in India. These problems include insufficient grid infrastructure, preventing power from a wind farm from being evacuated; land policy, which ties up developers in land disputes; and power supply agreements with the power distribution companies who are not generally in good financial state.

The GWEC report claims that some of these problems were at least partially resolved by early 2020, but then COVID struck so that developers could not take advantage of them.

Since 2018 the government has been encouraging the development of hybrid solar-wind installations. These not only reduce the variability in output inherent with wind and solar sources, thereby improving grid stability, but also make better use of transmission infrastructure and above all of land, the source of many problems.

A “hybrid” installation is in principle just one with solar panels and wind turbines on the same site, but as introduced in India they are rather more than that. Instead of committing to install a certain capacity on a site the developer is asked to, effectively, guarantee a certain amount of energy.  For example, one tender for 400MW requires a capacity factor of 80 per cent measured over the year. The capacity factor specifies what fraction of the capacity must be delivered, which in this case can be calculated to mean 2.8 TWh of energy. Since onshore wind has a capacity factor of about 35, this cannot be achieved by wind on its own within the same site area, but can be achieved by adding solar panels and storage systems between the turbines.

This is a radical change in the way renewable energy is tendered, with developers committed to provide not just a certain capacity but a certain energy. Some of the new tenders are more specific, requiring, for example, not just the total annual energy but in addition a certain energy for peak hours or a minimum monthly amount. It is effectively passing some responsibility from the grid manager to the energy producer. Developers will of course tender prices accordingly, for example, bidding higher prices for peak energy, or for those times of year when wind speeds are low.

Based on the existing pipeline of wind projects and projections, Sumant Singh, Chairperson of GWEC India, estimates that India will install 24.4GW between 2021 and 2025 (in the report this is the ambitious scenario: the base case is 20.2GW). That will leave some 76GW to install between 2025 and 2030 to meet the government’s goal, a serious challenge. India is not helped by having a projected 9.9 per cent annual increase in electricity demand, higher than in more developed nations.

To achieve such a goal India will need to solve the persistent problems of grid infrastructure, land disputes and power supply agreements while hoping that hybrid projects and eventually offshore wind make big contributions.