In the event it was a very bad week for Big Oil, especially for Exxon Mobil and Chevron who faced a shareholder revolt on the same day. Exxon Mobil discovered that in spite of their corporate opposition, two nominees of activist Hedge Fund Engine No 1 were voted onto the Board because of the “Existential risk” which the company ran because of its continuing championship of a permanent future for fossil fuels. As for Chevron, 61 per cent of their shareholders voted for a proposal by Follow This to encourage the company to reduce all of its emissions. This followed majority votes on similar motions earlier this month at ConocoPhillips and at Phillips 66.

These votes reflect a rising awareness that an activist intervention can play a crucial role in forcing a transition from using fossil fuels alone to the use of various different sorts of energy, including renewable energy. The American oil companies have been somewhat behind the Europeans in acknowledging the necessity to take serious account of the need for decarbonisation and the climate change debate. But that did not entirely remove the Europeans from the firing line. 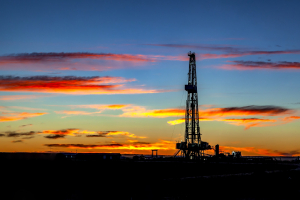 Image by Terry McGraw from Pixabay

It was also a bad week for Royal Dutch Shell, albeit for rather different reasons. Delivering his verdict in a case brought by the Dutch branch of Friends of the Earth, the judge told Shell that in order to be in line with the commitments in the Paris agreement, it must cut its emissions by 2030 by significantly more than they had planned for, by 45 per cent to be exact.  Shell will appeal but it is not obvious that the appeal will get the judgement reversed.

In another AGM last week, on Friday 28May, another European company, Total, changed their name to TotalEnergies, to emphasise their new vocation as an energy company.

All this is certainly a sign of a shift in attitude by Western investors. It seems that Climate risk is now a core component of long-term value. But while it is heartening that concern for the climate is now increasingly relevant, this does not necessarily mark an improvement in the prospects for the planet. It could be just a readjustment within existing parameters. As the CEO of Total has recently pointed out, Western oil companies may well lose market share to national oil companies (NOC) not burdened with sensitive shareholders.

One can fairly safely say that it cannot have helped  the “Business as usual” brigade that earlier in the month the International Energy Agency (IEA) produced an ambitious, but  fairly stark, roadmap which set out more than 400 milestones to guide the global journey to net zero by 2050. These included, immediately, no further investment in new fossil fuel supply projects, and no further final investment decisions for new unabated coal plants. By 2035, no sales of new internal combustion engine passenger cars. The roadmap envisaged that by 2040, the global electricity sector has already reached net-zero emissions.