The Uncertainty of Hydrogen

Although it is accepted that hydrogen will be a key component of future energy systems, it is unclear exactly where it will be used and how it will be produced. This uncertainty has made governments and companies hesitate about committing huge investments.

According to the International Energy Agency the production of hydrogen worldwide has been growing steadily from 18 million tonnes in 1975 to around 80 in 2019, with nearly half being used to produce ammonia. This is, of course a tiny fraction of natural gas production, but it is also a tiny fraction of what will be needed in the hydrogen economy.

Hydrogen can be used for transportation, industry, residential heating and storage. For transportation the only commercial application so far is for heavy vehicles, although there are plenty of people who believe that hydrogen could capture a large part of the regular car market. However there are more certain prospects in markets that cannot be de-carbonised by electricity, specifically shipping and flying. 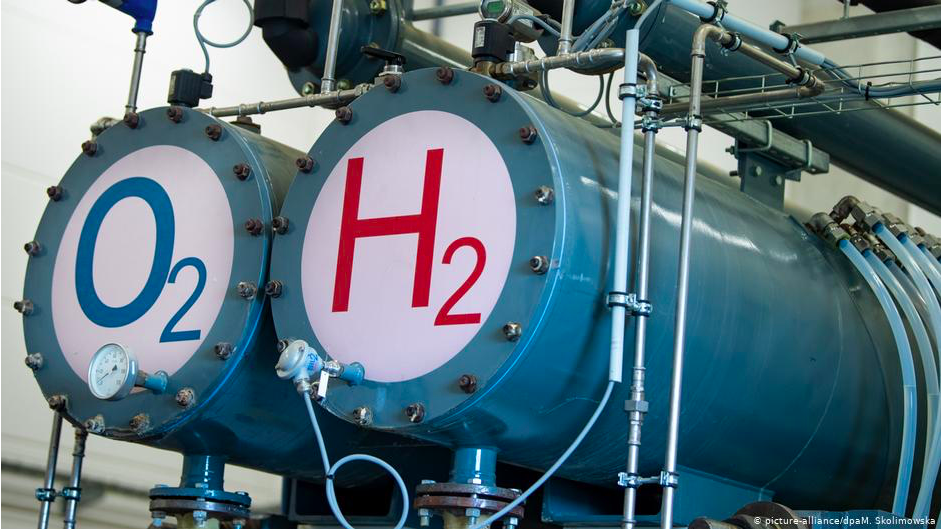 The same criterion applies to industry, where sectors like steel and cement that need to burn fuel to reach the temperatures required should be good markets for hydrogen. For residential heating there is less certainty, with two options: heat pumps or hydrogen. Converting gas networks to hydrogen would be an effective solution, but is it safe? The H21 Green project (Greenbarrel, August 2020) is due to produce the results of its extensive Phase 1 safety analysis shortly, while the H100 Fife Project (Greenbarrel, December 2020) will start using hydrogen in actual homes in 2022.

Finally, there is no doubt that for long term energy storage (over months or seasons) a fluid is the most practical solution, but which fluid? Hydrogen is the front runner, with ammonia second, but the latter is normally manufactured using hydrogen anyway.

The biggest uncertainty lies in how to produce it. At present ninety-four per cent of hydrogen is produced by steam reforming methane with the contingent release of carbon dioxide (so-called grey hydrogen). Carbon capture usage and storage (CCUS) can remove most of this to produce blue hydrogen but it requires significant investment and organisation. The UK the government has blown hot and cold on CCUS but the renewed interest of major oil companies should provide both investment and technology.

Even so, green planners are hesitant. At best only ninety per cent of the CO2 is captured, so it is regarded as a temporary solution and one that will only start operation between 2025 and 2030.  It may therefore have a short life and become a stranded asset by 2050, when the goal is to reach net zero by 2050. There seems to be not much hope that the capture percentage can be improved significantly.

That leaves electrolysers. The problem is that the source of energy (electricity) is much more expensive than the natural gas used in steam reformation. Assuming a normal range for the gas price, a study last year by the International Renewable Energy Agency (IRENA) found that the price of electricity would have to be reduced by at least a third before electrolysers became competitive on price.

However electrolysers can be improved. There are four types, each with advantages and disadvantages.  The traditional alkaline electrolyser has been around since the 19thcentury while the PEM (polymer electrolyte membrane) was introduced in the sixties, but neither has been produced in very large sizes or volumes. The solid oxide cell has not yet been used commercially, but the principle is used successfully in fuel cells which are just electrolysers in reverse.  The AEM (anion exchange membrane), which combines some features of the alkaline and PEM versions, is newer and unproved.

There are certainly economies of scale in producing not only the electrolyser cell itself but also the significant amount of extra equipment needed to separate and purify the hydrogen, as well as pumps and tanks. Given a halving of the cost of renewable electricity and improvements to the electrolyser IRENA estimates that the total cost per weight of the hydrogen produced can be cut by 85 per cent.

Significant funds are now being put into electrolysers. IRENA lists 30 companies worldwide known to be producing or working on them. Many, like ITM Power and Ceres (both on AIM) are small, but larger players are joining them. Schlumberger, the oilfield services company, recently announced the formation of a joint venture with Vinci, a large Italian engineering company, CEA, a French research organisation, and others to develop CEA’s solid oxide electrolyser.

However even if electrolysers become cost-effective, there is still the huge task of producing the electricity needed. Just to make all of the 80m tonnes of hydrogen produced annually today from electrolysers would require 3600 TWh of electricity. That is about the entire annual consumption of the EU.  It would require an electrolyser capacity of over 400GW, and that is just today’s requirement. The EU, one of the few countries to have set specific electrolyser targets, is aiming to have 40GW of green hydrogen capacity by 2030 and 40GW imported from Ukraine and North Africa (which would have large solar plants in the Sahara devoted to producing hydrogen). The UK is aiming for 5GW.

There is always the possibility of new breakthroughs. One promising possibility is the pyrolysis of methane, in which the methane molecule (CH4) is split into solid carbon and hydrogen. It requires heat but no more than is needed for steam-reformed hydrogen and far less energy than an electrolyser. This is another option, but also another uncertainty for investors wondering where to put their money.