Oil and Gas in the Energy White Paper

On second thoughts, it seemed only sensible for Greenbarrel to devote a bit more coverage to Oil and Gas in the context of the Energy White Paper, as a whole chapter (one of six) was devoted to this subject by the Government. Furthermore, Greenbarrel has already commented on the so-far somewhat limited transformational  plans of both BP and Shell (See Greenbarrel of 3 and 4 November respectively). 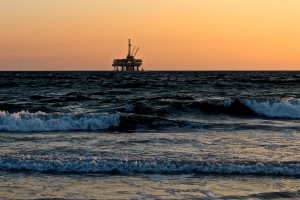 Image by C.Morrison from Pixabay

On the two companies, the Energy White Paper now opines as follows:-

“Supermajors such as BP and Shell have set out major changes of strategy to achieve net zero by 2050, including addressing emissions that result of the use of their products. All have set aggressive emissions reductions targets. Other approaches include rebalancing their portfolios to increase their renewable energy holdings; investing in and partnering with renewable energy companies; investing in carbon dioxide sequestration, and expanding their consumer-facing offer, such as electric vehicle charging.” It goes on to say “We will continue to push for a high level of ambition amongst oil and gas companies, challenging them to go further to reduce their emissions consistent with our net zero target, while transitioning their operations into emerging energy technologies. We expect to see the supply chain reflect this shift as well.”

But essentially that is to recognise that the supermajors will do what they will do in their own time, and subject to various constraints, including budgetary. But there are also regulatory constraints, which are down to government. The meat of the White Paper is on governmental action, now or, much more likely, in the future. Indeed what is immediately obvious in reading this chapter is the repeated use of the future tense, as befits a blue print rather than a stocktaking. There is not much stock to take, for in the time since the Paris Agreement of five years ago the UK, and the rest of the industrialised world, has made very little real progress in terms of decarbonisation and limiting CO2 emissions. But there now seems to be a recognition that action is what is needed.

“We will make the UK continental shelf a net zero basin by 2050 .

We will commit the UK to the World Bank’s ‘Zero Routine Flaring by 2030’.

We will support the UK oil and gas sector to repurpose its existing infrastructure in support of clean energy technologies.

We will undertake a review of the Offshore Petroleum Regulator for Environment and Decommissioning to drive up environmental standards in its regulatory role, and support the sector’s progress towards net zero emissions.

We aim to lay a new strategy for the Oil & Gas Authority before the end of 2020 to bolster the regulator’s ability to focus the sector on helping deliver net zero emissions.

To ensure that licensing continues to be compatible with our climate change ambitions over the coming decades, we are considering formalising aspects of our existing process.

We will agree a transformational North Sea Transition Deal with the industry during the first half of 2021.”

To put all these commitments into some sort of context, it is worth emphasising that the Oil and Gas sector is a major contributor to the UK economy, not only crucial in terms of tax revenue, but also in terms of employment. One estimate is that the sector provided around one hundred and forty-seven thousand skilled and well paid jobs in 2019.Thus it is for the Government to provide the necessary regulatory framework which will allow the Oil and Gas industry to make the huge adjustments that will make it possible for “The UKCS to become net-zero by 2050”.

It is worth pointing out that 46 per cent of the UK’s supply of Natural Gas in 2019 came from domestic production, mostly from the North Sea basin. The Climate Change Committee estimates that to reduce this to net zero by 2050 implies a reduction of some eighty per cent, which is possible, but hugely challenging.

As regards flaring, the World Bank (WB) has estimated that, in 2019, global levels of flaring had increased to approximately 150 billion cubic metres of natural gas, emitting about 400Million tons of CO2, in addition to the waste of a valuable resource. The WB’s initiative for ‘Zero Routine Flaring by 2030’ invites governments and industry to put an end to the operational practice of routine flaring by 2030. The UK has pledged to implement the initiative by 2030, if not before.

So lots of commitments for us to chart against actual achievements.