As a result of the combined news-appeal of the new strain of the Corona Virus and Christmas, the Government’s launch of a massive Energy White Paper on 18 December 2020 did not attract the attention which it would otherwise perhaps have merited. The Paper is long, but worth reading in full. This article only picks out a couple of points from chapter 2, (Power) which seem to be of most interest to those interested in renewables, as well as a single point from chapter 3, but there are 6 Chapters in all, covering a number of interrelated energy issues. Taken as a whole they should provide a framework for the UK’s Energy Policy for the years to come, although, as one insider put it “Words are easy, turning them into reality is much harder”.

Nowhere is that more true than in the section in Chapter two on Renewables which starts with the ambitious assertion “We will target 40GW of offshore wind by 2030, including 1GW floating offshore wind, alongside the expansion of other low-cost renewable technologies.” This repeats the statement in the Prime Minister’s Ten-point plan, while adding back in the commitment to 1 GW floating off-shore wind by 2030, made in his remarks  to the Conservative party Conference in October, but curiously omitted from the Ten-point plan. 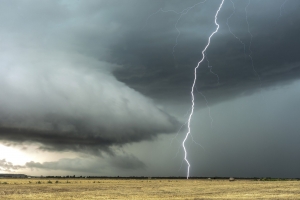 By Terry McGraw from Pixabay

At the opening of the renewables section, this is a key assertion. But is it deliverable?  According to GWEC, the UK currently has 10.4 GW of connected off-shore wind. A further 10GW might reasonably be assumed to come on stream by the end of 2025 if one counts both projects under construction (nearly 5 GW) and the capacity successfully bid for at the last power auction. That leaves the 5 year period from 2025 to 2030 to produce a challenging further 20 GW, or 4 GW a year. A reasonable verdict might be that as a target this is possible, but far from certain.

More generally, the White paper makes all the right noises on renewables. The main problem is, once again, one of timing and reliability. The White Paper, rightly, looks much further ahead than the political timescale of a maximum of five years. But that does mean there is political uncertainty mixed with long-term planning. Who knows who will be in power by 2030, let alone 2050. But few people would argue with the following statement:-

“….. we will continue to hold regular Contract for Difference auction rounds every 2 years to bring forward a range of low-cost renewable technologies. The next auction in late 2021 will be open to onshore wind, solar photovoltaics and other established technologies, as well as offshore wind. Subject to sufficient projects coming through the planning pipeline to maintain competitive tension, we plan to double the capacity awarded in the last round with the aim to deploy around 12GW of low-cost renewable generation. Onshore wind and solar will be key building blocks of the future generation mix, along with offshore wind. We will need sustained growth in the capacity of these sectors in the next decade to ensure that we are on a pathway that allows us to meet net zero emissions in all demand scenarios.”

This is a white Paper on Energy as a whole. So, among other policy decisions which it seems to convey, there is the judgement that nuclear is good and is set to form part of the decarbonisation mix, whatever its’ renewable credentials. It is envisaged that  Hinkley Point C would provide substantial employment during the construction phase and, once commissioned, would furnish seven per cent of the UK’s electricity. But the intention is clearly to go further: for the text states

“Our analysis suggests additional nuclear beyond Hinkley Point C will be needed in a low-cost 2050 electricity system of very low emissions. We must be ready for this. We aim to bring at least one further large-scale nuclear project to the point of Final Investment Decision by the end of this Parliament, subject to clear value for money for both consumers and taxpayers and all relevant approvals.”

More interestingly, the paper seems to row back on the apparent decision to concentrate exclusively on large nuclear plants. The text states “Subject to future HM Treasury Spending Reviews [an ominous qualification!] we have provided £385 million in an Advanced Nuclear Fund with up to £215 million investment to develop a domestic design for a Small Modular Reactor (SMR) that could potentially be built in factories and then assembled on site. It is expected to unlock up to £300 million private sector match-funding.

To help bring advanced nuclear technologies to the market, we will also invest an additional £40 million in developing the regulatory frameworks and supporting UK’s supply chain. As the first major commitment of the programme, in 2021 we will open the Generic Design Assessment to SMR technologies, the regulatory process through which developers can obtain approval for their proposed design approach.

Supporting the development of our supply chain now will increase our chances of having indigenous expertise capable of leading the world in developing the nuclear technologies of the future – SMRs and Advanced Modular Reactors – a global market estimated by some to be worth approximately £250 billion to £400 billion by 2035.”

And then there is a commitment to build a commercially viable nuclear fusion plant by 2040. Fusion has been postulated for years, but never prospered commercially. What can usefully be said about this commitment except “We will see what the future brings”

Finally, just to note thatin Chapter 3 there is someoptimistic, but essentially aspirational, language about electric cars. The ban on the sale of new petrol and diesel cars by 2030 is restated; the paper goes on to say “The electric vehicle revolution is already underway” and highlights that as of June 2020 there were 320,000ultra-low emission vehicles registered in the UK. OK, but there were 38.3 million vehicles registered in the UK by 2020.  Perhaps a more accurate comparison would be with the period January to March 2020, which saw 599,000 vehicles registered for the first time in Great Britain, including 33,696 ultra low emission vehicles. Even then, would that last figure constitute evidence that the electric car revolution has really arrived?

This leads to the conclusion that “Wait and see” might be a more prudent approach here.