by Our Chennai correspondent 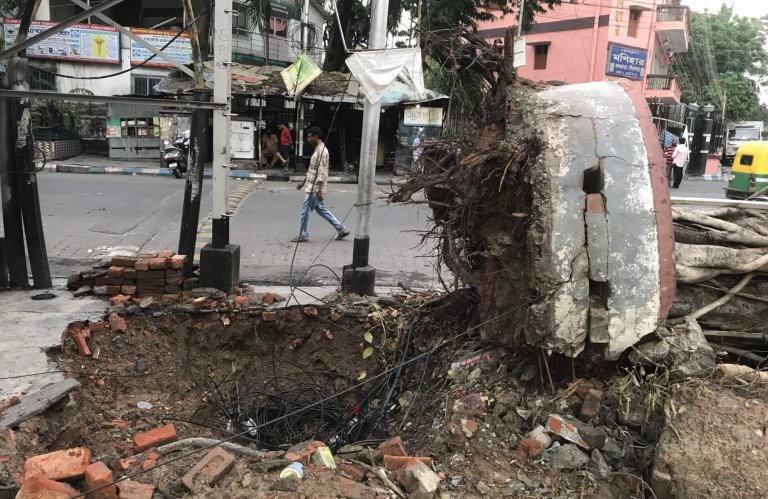 by Our Chennai correspondent

The risk of damage to turbines from cyclones has cut India’s electricity output, despite a longer windy season.

CHENNAI − Although India’s windy season was longer than usual in 2020, a series of cyclones that hit the country’s coasts reduced the amount of electricity generated by wind. The storms forced operators to shut down the turbines to prevent damage, which caused a 20% drop in production.

India witnessed five cyclones last year, with the two latest, Nivar and Burevi, making landfall in November. Altogether the combined onslaught of the five obliged turbine operations to be suspended for two weeks.

This has knocked confidence in the renewable energy industry at a time when the government of Narendra Modi is working hard to expand it.

Wind power generation capacity has significantly increased in recent years. It is concentrated across India’s windiest southern, western and northern regions. By the end of September 2020 the total installed capacity was 38,124 megawatts (MW), surpassed only by China, the US and Germany.

Unlike other parts of the world where the wind blows in fairly regular patterns all year round, India gets 70% of its wind between May and September, coinciding with the south-west monsoon. Once the rains and the clouds have gone, solar power largely replaces wind in supplying renewable energy.

But in 2020 the normal pattern was different, with the windy season in southern India lasting till November. This brought no benefit, though: the turbines could not be left to operate at all, as the wind speed during the cyclones was very high.

Even though World Bank experts and others are predicting a large expansion of wind power in India, including offshore, its unpredictability is sapping the market’s confidence.

It is too early to say whether climate change has anything to do with the change in weather patterns. Ajay Devaraj, secretary-general of the Indian Wind Power Association, says that although wind power production varies from one year to the next, its decline was particularly significant last year because it knocked investor confidence.

“We are hoping this shortage will be met in 2021. But we can’t promise, since wind generation is based on nature’s laws. Due to cyclones there is a 20% shortage of wind power generation in India this year. Since offshore wind projects need huge capital, that doesn’t attract investors,’’ he said in 2020.

There was also a safety issue with some of the older turbines in very high winds, although if in good condition they could continue to operate for far longer, Dr Devaraj said. The alternative was to “repower” wind farms, replacing smaller turbines with larger, more efficient ones − which were also more expensive.

But instead of repowering, he suggested the government could simply check turbine safety. This would encourage their owners to stay in business instead of disinvesting. Turbines as old as 30 years were still in operation in countries like Germany and Denmark, he said.

India produced 37,505 MW of wind power in 2019. It also set a new target of installing 175 gigawatts (GW) of renewable energy capacity by 2022 and 450 GW by 2030. Wind energy is expected to provide the lion’s share of this target. The government recently set up a national committee to co-ordinate more urgent action on climate.

“We need to get into a whole range of clean energy deployments. It is very important for India to get into cutting-edge technology. There is a need for a clear ten-year roadmap to boost clean energy technologies and create standards for innovation”, he said.

“India is the only country among the G20 nations that is on track to meet its climate change mitigation commitments, made in 2015 under the Paris Agreement, and has formulated forward-looking policies for energy efficiency measures.’’ − Climate News Network