Which was the first European oil company to invest in renewable energy? In 2002 under John Browne, BP famously re-named itself Beyond Petroleum but abandoned this vision after his departure and following the Macondo disaster in 2010. DONG Energy (Danish Oil and Gas) sold its oil and gas business to INEOS in 2017 and renamed itself Ørsted after the Danish electromagnetics scientist. Ørsted is now a – if not the-leading North Sea offshore wind producer. Statoil, the Norwegian national oil company, renamed itself Equinor in 2018 and has since become a leading offshore wind developer as well as building and operating the first floating wind farm off Scotland.

But in fact the French company Total was the first to move, setting up Total Energie Developpement (TED) in 1972 to look for alternative sources of energy.  It was a time of rapid nationalisation of foreign oil companies with Total, like other European companies, losing many of its prime sources of oil and revenue. France, with low oil reserves, was always concerned to develop alternate sources of energy. 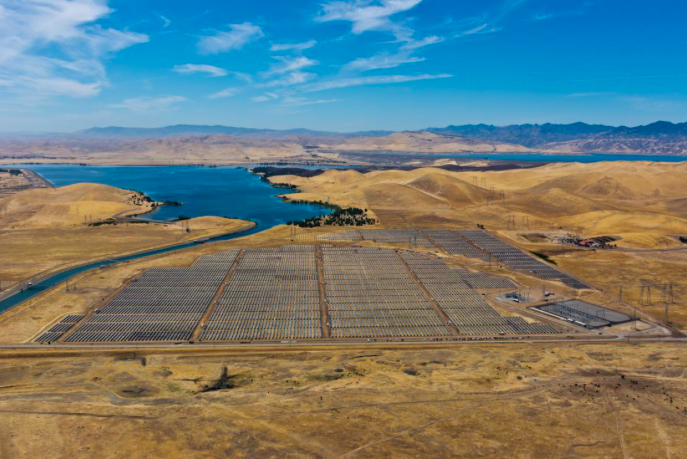 By 1975 TED had designed and tested its first solar panels, and was installing them in the Middle East, Africa and Mexico. In 1982 it built a research centre near Paris, in an environment in which the market was expanding rapidly, and in 1986 generated 0.02 TWh according to the BP Statistical Review (by comparison the UK alone generated 106 TWh in 2018). After that the solar market shrunk, probably because the drop in oil price at the end of 1985 provided cheaper electricity and removed the fear that the world was running out of oil.

TED continued to produce solar panels. In 1996 it teamed up with EDF to supply homes in Morocco with lighting and drinking water. By 2005 it was supplying electricity to over 100,000 homes in Asia, Africa and Latin America, and then started expanding further. In 2011 it bought Sunpower, a leading developer and manufacturer of solar panels, and then in 2017 took a large stake in EREN, an independent power producer with global interests. Following other purchases all the solar operations have been combined into Total Solar. Some of these purchases brought wind, hydro and biomass capacity with them.

Overall, ten per cent of Total’s investments since 2015 have been in renewable energy and electricity generation, giving it a total installed renewable capacity of 6.5 GW this year. The goal is to increase this to 35GW by 2025. Putting it another way, only five per cent of the company’s energy production came from renewables in 2019 but in 2025 it should be fifteen per cent. This includes recent investment into offshore wind farms, both fixed-bottom and floating.

Like BP and Shell, the sums that Total is investing in renewable energy are still only a fraction of those invested in oil and gas, but compared to those two companies Total is clearly further advanced into becoming an energy company rather than an oil company. This is due not only to its long involvement in solar energy but also because it has been investing substantially since five years, whereas the others are just starting.

Total seems to have had a better idea of where it was going. In 2016 it bought a battery manufacturer, SAFT, which employs 4500 people and had a revenue of €796 m in its last financial year. Total is investing, like BP, Shell, Equinor and ENI, in the Net Zero Teeside project to introduce carbon capture and storage to the Teeside industrial cluster. In July this year it set up a hydrogen business unit, one of whose objectives is to set up a unit in the Netherlands to produce hydrogen from methane while capturing the carbon dioxide.

The end goal is to be a net zero producer by 2050. Total may just reach it.