World makes haste too slowly on cutting energy use 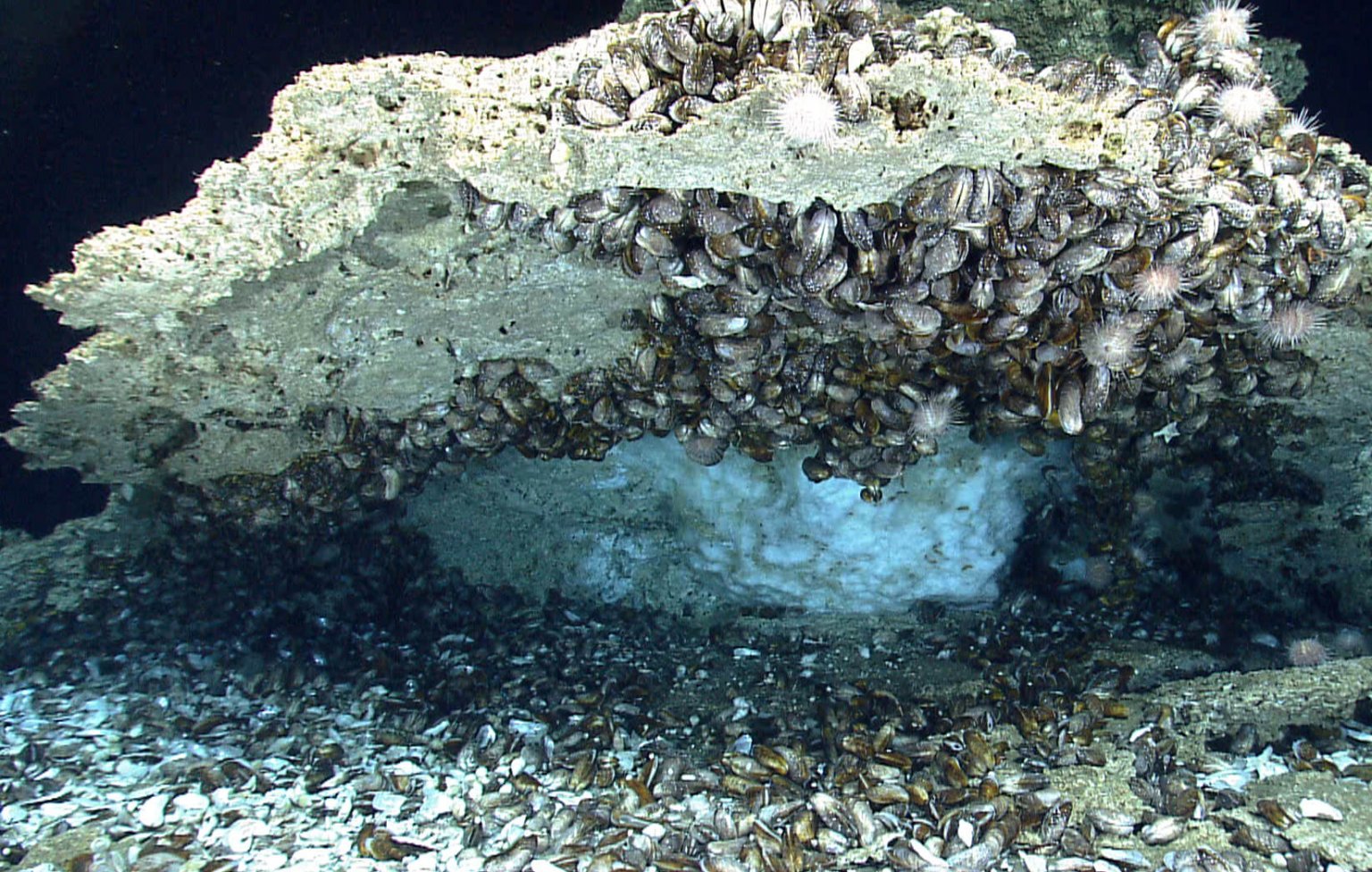 A rich source of methane: Gas hydrate beneath a rock in the Gulf of Mexico. Image: By US Geological Survey (public domain), via Wikimedia Commons

The annual report card on the global energy industry says progress towards lower energy use must be much faster.

The world is dragging its feet on efforts to tackle the climate crisis by reducing its energy use, according to a global watchdog.

In its World Energy Outlook 2020, the lnternational Energy Agency (IEA) says that while emissions of carbon dioxide (CO2, the main climate-changing greenhouse gas), are falling, the reduction needs to be far steeper to make any meaningful impact.

“Despite a record drop in global emissions this year, the world is far from doing enough to put them into decisive decline”, says Fatih Birol, the IEA’s executive director.

The Agency says energy demand is set to drop by 5% in 2020, with an overall decline of 7% in emissions of CO2 from the global energy sector. This means that annual emissions of CO2 are back to where they were a decade ago, the report says.

Oil demand this year is likely to be down by 8%, while coal use will fall by 7%.

That’s the headline good news: the bad news is that emissions of methane – among the most potent of greenhouse gases – are rising, says the report.

Total global investment in the energy sector is also falling dramatically, and is set to be down 18% year on year.

That means that despite the rise of renewable energy, particularly of solar power, governments, utilities and corporations around the world are still not spending enough to bring about a major transition in energy use – and to meet the challenge of catastrophic climate change.

“Only an acceleration in structural changes to the way the world produces and consumes energy can break the emissions trend for good”, says the IEA.

While hydropower is still the leading source of renewable power, solar is described as the new king of electricity.

“With sharp cost reductions over the past decade, solar PV [solar photovoltaic energy] is consistently cheaper than new coal- or gas-fired power plants in most countries, and solar projects now offer some of the lowest-cost electricity ever seen.”

A major problem is that as solar and wind projects are installed and expanded, other parts of the energy sector also need to be developed, particularly infrastructure associated with electricity grids.

In many parts of the world energy utilities are in severe financial straits and have little or no money to maintain or invest in achieving more efficiencies and in infrastructure.

“Electricity grids could prove to be the weak link in the transformation of the power sector, with implications for the reliability and security of electricity supply”, says the IEA.

The report says it’s not just the energy industry that has to change. “To reach net-zero emissions, governments, energy companies, investors and citizens all need to be on board – and will all have unprecedented contributions to make.”

The Covid crisis is a major factor in assessing the global energy outlook.

The pandemic, says the IEA, has caused more disruption in the energy sector than any other event in recent history, with impacts for years to come.

“It is too soon to say whether today’s crisis represents a setback for efforts to bring about a more secure and sustainable energy system, or a catalyst that accelerates the pace of change”, the report says. – Climate News NetworkAILY SERVICE