When we last wrote in January 2019 about Proton Power Systems, the Munich-based producer of hydrogen fuel cells, the company had just announced a joint venture with two German companies to produce power systems for heavy-duty trucks. But it seems that this venture did not take off as it is not mentioned in the company’s report for the half year to 30 June 2020, while the same report states that eighty per cent of its new orders for 2020 were for stationary systems. These systems are mainly for back up power at telecommunication towers and data centres, replacing diesel generators.

However orders have increased significantly, with the half-year revenue to June 2020 of £1.1 million being considerably higher than that of £0.77m for the whole of 2019. There is also a backlog with a sales value of £6.4m. At this rate the annual revenue will easily overtake the largest annual revenue of £1.99m recorded in 2016. This is an impressive achievement given the problems introduced by Covid-19. PPS says that it was able to remain fully open with its production capacity unaffected while maintaining social distancing and respecting other recommended measures. Few other businesses have reported a similar success. 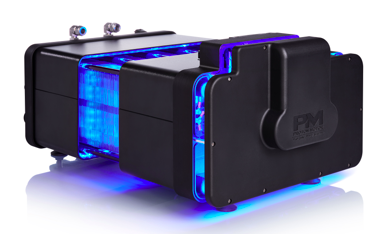 But in spite of the increased revenue the operating loss for the half-year was up slightly on the first half of 2019 at £2.83m versus £2.75m: the gross profit on sales was not sufficient to affect the large administrative expenses of around £7m a year. Cash on the 30 June was down at £0.34m versus £0.93m a year before. Sales will need to increase by an order of magnitude or the administrative expenses reduced significantly in order to reach an operating profit.

It is surprising that PPS has not been able to make consistent sales of mobile fuel cell systems, either road or off-road vehicles, or rail or marine. The company participates in EU initiatives in this market such as EU REVIVE (Refuse Vehicle Innovation and Validation in Europe) which started in 2018 and will run until the end of 2021, and EU JIVE (Joint Initiative for hydrogen Vehicles across Europe) which is running for six years from the beginning of 2017. There are also national projects, in particular in Germany, that provide funds to investigate and promote fuel cells. Unfortunately it seems that not much of this funding has yet come PPS’s way.

Since the report PPS has announced a repeat order for a fuel cell system of 144kW from Fincantieri, an Italian manufacturer of ferries, cruise ships, yachts and other vessels. The cells will be used in an experimental 25 metre long boat intended to “…. investigate fuel cell behaviour in natural settings”. The boat, called Zeus, will have four methods of propulsion: Zero Noise, using lithium batteries which can propel it for four hours at four knots; Zero Emissions, using the fuel cells; Navigation using diesel generators to recharge the batteries; and Navigation using the diesel generators to power the ship at nine knots for sixty hours. Quite an experiment.

PPS needs a breakthrough for its fuel cells in some market, but whether Zeus can provide it is less clear.