PPS was incorporated in February 2006 and soon after bought out Proton Motor Fuel Cell GmbH, which had been spun-off in 1998 from the fuel cell division of Magnet Motor, a German electric propulsion company.  In 2013 SPower GmbH, a manufacturer of Uninterruptible Power Systems (UPS), was added to the group.

The company now has three product lines: hydrogen fuel cells, including fuel cell hybrids, (which are fuel cells integrated with a battery pack such as might be used to extend the range of an electric vehicle); UPS systems, and solar storage (which is essentially a UPS with a large battery and a connection to solar panels and the grid).  Customers tend to be businesses and larger users, e.g. buses and ships rather than cars. 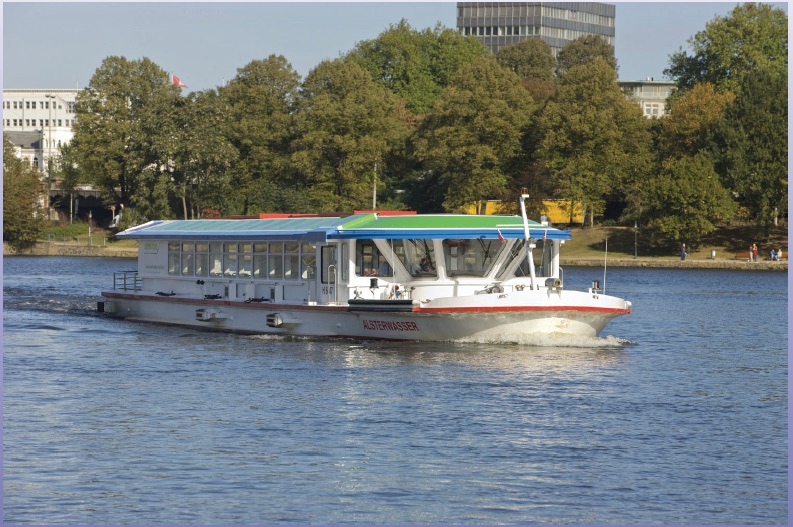 A river boat in Hamburg powered by a fuel cell hybrid (www.proton-motor.com)

In 2014 and 2015 nearly 50 per cent of PPS’s revenue came from Siemens in Germany. These sales started winding down in 2015 and had not yet been replaced by mid 2016. However PPS claim to have an order book worth £1.9m for products to be delivered by the end of the year. The largest of these is for emergency (back-up) power systems and is worth £1.3m in 2016 with further orders over the next 7 years.

PPS therefore have two years in which to produce a positive cash flow.  What are the chances? Clearly there have been some concerns. In August the company was re-structured into three divisions according to market sector: stationary, mobile and maritime. The Finance Director became non-executive and the Business Development Director left the company.

PPS face the problem of many an expanding technology company: they need a range of products in order to enter different markets, but volumes of each are small so that they are produced by a combination of manual and semi-automated processes. This is expensive. Once volume expands production can be more automated and costs reduced. In fact PPS have started planning for a production line of 200 complete units on single shift.

Hopefully they will reach this volume before the money runs out.  Technically their products have a good pedigree while the variety means they can offer complete power solutions for many different problems (uniquely, they claim). They see clear advantages for hydrogen fuel cells in markets for electrical systems where battery life is insufficient and needs extending. These include auxiliary power units as back-up, stand-alone supplies for IT and infrastructure, city buses, passenger ferries, light and medium duty vehicles.