Proton Power Systems continues to introduce its fuel cells in different markets, but so far no break through

PPS’s primary product is the hydrogen fuel cell, which is sold either alone or as part of an integrated fuel cell system that may contain supplies of hydrogen and air, a cooling circuit and monitoring systems. These are adapted for different uses, for example stationary, automotive, maritime and rail. The company also produces uninterruptible power supplies and solar battery storage systems through its subsidiary S-Power, added in 2013.

The flat results of the last eighteen months might be blamed on the covid pandemic except that they are a significant improvement on the previous three years, in which annual sales dropped to £0.8m. In 2016 sales were at a high of £1.99m. 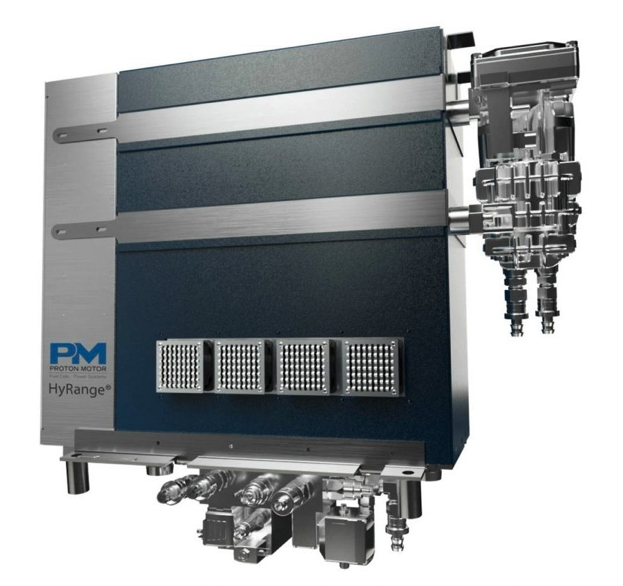 PPS claims to have orders worth £7.3m to be delivered by 2023. These include repeat orders from Guest Keen and Nettlefold (GKN) to be part of the latter’s electricity storage system:  this is yet another storage technique in which an electrolyser generates hydrogen, which is formed into a solid metal hydride compound such as MgH2 that can be safely and compactly stored. When electricity is required, it is generated by PPS’s fuel cells after hydrogen is released from the compound.

Repeat orders have also been received from E-Trucks Europe for its hybrid hydrogen-electric heavy duty vehicles. Other orders include one from Electra, a Lancashire-based company aiming to produce clean and silent commercial vehicles for city centres, and another to power Shell New Energy’s portable hydrogen refuelling units for buses and trucks. However, there is no news from the maritime sector, which was the big hope the last time we wrote about PPS (Greenbarrel, October 2020).

There are plenty of possibilities, but then there always have been. PPS was incorporated and listed on AIM in 2006, shortly afterwards buying the fuel cell division of Magnet Motor, a German company, and establishing its production line near Munich. The problem has been that none of the possibilities have gone further than a few test cases. However the tipping point may be getting closer with the recent publication of various plans such as the UK Hydrogen Strategy in August (Greenbarrel, August2021), the EU’s Clean Hydrogen Alliance (ECH2A) of July 2020 and Germany’s national fuel cell strategy.

There are also several competitors in the fuel cell market, some using a different technique to PPS’ proton-exchange membrane.  Two are listed on AIM: Ceres Power, using the solid oxide technique and AFC with an alkaline cell. The key differences are the efficiency, the purity of hydrogen required as well as cost, lifetime and reliability. So far there is no clear winner, probably because different situations require different solutions. None of the three have yet produced a positive EBITDA[1] but Ceres stands out with a market capitalisation of £1963m and share prices of £11.24, compared with PPS at £234m and 31pence.

PPS’s cash burn during the half year to 30 June was £4.4m (H1 2020: £4.0m) with cash of £2.7m at the end of the period. However, the principal shareholders have agreed to extend the financing facilities by £11.9m. The company therefore has the resources to continue probing different markets until, hopefully, it hits on a winner that leads to mass production.