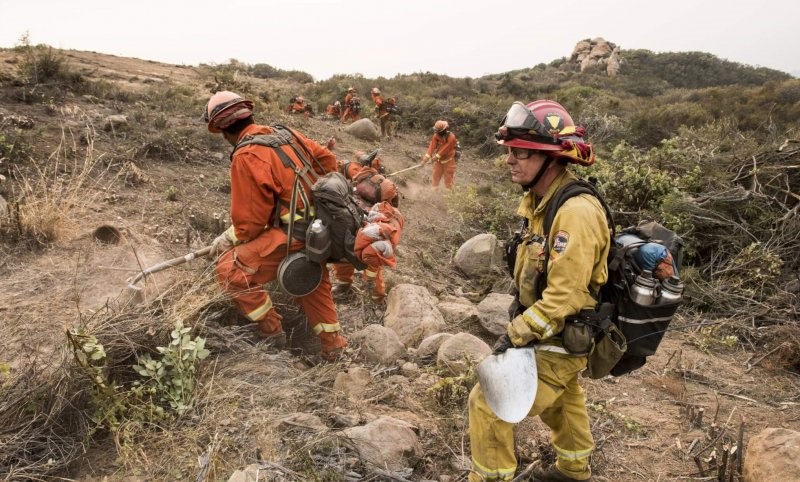 Recent reports of record-breaking heat in the Golden State may be only part of the story: Californian hopes of cooler future days are strengthening with the entry into service of new technology that should promise a less torrid future for millions of people.

The ability to store large amounts of renewable energy – generated mainly by solar and wind power – is seen as a key component in the battle to combat catastrophic climate change.

The Gateway Energy Storage project, near San Diego in southern California, is capable of storing and redistributing up to 230MW of power from solar installations in the area.

“By charging during solar production on off-peak hours and delivering energy to the grid during times of peak demand for power, our battery storage projects improve electric reliability, reduce costs and help our state meet its climate objectives”, said John King of LS Power, the New York-based power development company operating the project.

California – the most populous state in the US and one of the wealthiest – has been hit by a series of power blackouts in recent weeks as an extreme heatwave has led to increased air conditioner use and expanding energy demand.

In the Central Valley area of the state, one of the most productive agricultural regions in the world, daytime temperatures have soared to more than 40°C.

In mid-August the temperature in Death Valley, a desert area in southern California, reached 54°C – which could be the highest temperature reliably recorded anywhere in the world.

Further north, residents of Sacramento, the state capital, baked as temperatures reached over 40°C on consecutive days – more than 7°C above normal for the time of year.

Though it’s too early to say whether the heatwave is due to increased levels of climate-changing greenhouse gases in the Earth’s atmosphere, Gavin Newsom, California’s governor, is in little doubt about what is driving the heat extremes.

“The hots are getting hotter, the drys are getting drier”, Newsom said in a video message to delegates participating in a virtual convention of the Democratic Party. “Climate change is real. If you are in denial about climate change, come to California”, said Newsom.

The extreme heat has led to increased storm activity in many areas of the state and a series of lightning strikes which, in turn, have caused an outbreak of wildfires.

Several people have been killed as the fires have raged out of control over hundreds of thousands of acres. Air quality in some regions has declined to levels not seen before.

At one stage this month the area around San Francisco – one of the globe’s wealthiest cities and home to many of the biggest IT companies – was described as having the worst air quality in the world.

A shortage of equipment and firefighters has added to problems. In the past California has used prisoners to help fight fires – a policy condemned by various groups.

Many of the prisoners who might have been used for this purpose are no longer available: they’ve either been placed in quarantine or released in an attempt to control the spread of the Covid virus through California’s overcrowded prison system.

Developing more battery storage to service fast-growing solar and wind industries is seen as vital for the state’s energy needs.

California is facing restrictions on importing power from other states in the western US due to heatwaves in those regions and rising power demand. It has also been shutting down fossil fuel-burning power plants.

Governor Newsom said this month that state utilities must find solutions to the power problem: blackouts, he said, were “unacceptable and unbefitting of the nation’s largest and most innovative state.” – Climate News Network