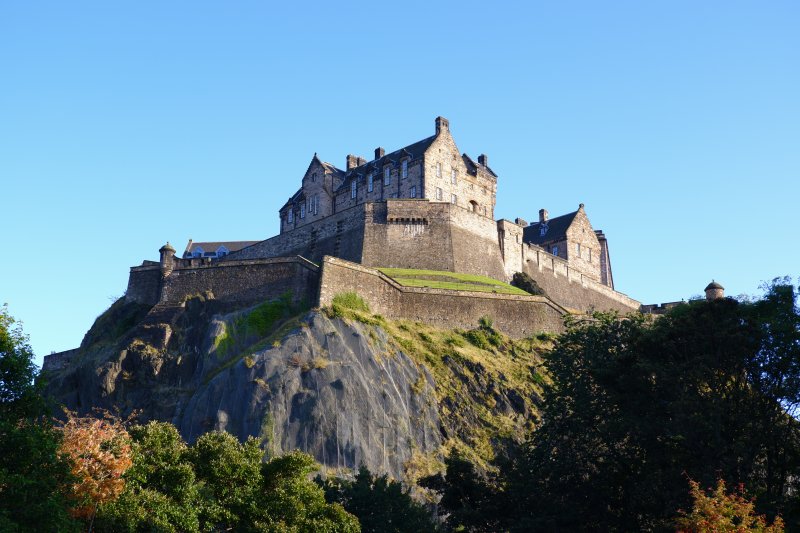 Edinburgh castle: the city could face evacuation if two Scottish reactors were to fail. Image: By Nacckers, via Wikimedia Commons

Local authorities demand the closure of all the UK’s ageing nuclear power plants to protect both safety and the economy.

Four of the UK’s ageing nuclear power reactors, currently closed for repairs, should not be allowed to restart, in order to protect public health, says a consortium of 40 local authorities in Britain and Ireland.

The Nuclear Free Local Authorities (NFLA), the local government voice on nuclear issues in the United Kingdom, then wants all the rest of the country’s 14 ageing advanced gas-cooled reactors (AGRs) shut down as soon as possible, with the power they produce replaced by renewables and a programme of energy efficiency.

The four reactors they want closed immediately are two at Hunterston in Scotland and two at Hinkley Point B in Somerset in the West of England. Of the other five power stations (each with two reacttors) which the NFLA wants shut down as soon as possible, one is at Torness, also in Scotland.

Three more are in the North of England – one at Hartlepool in County Durham and two at Heysham in Lancashire – and one at Dungeness in south-east England.

To protect the jobs of those involved, the NFLA calls in its report on the future of the AGRs for a “Just Transition”: retraining for skilled workers, but also an accelerated decommissioning of the plants to use the nuclear skills of the existing workforce.

The report details the dangers that the reactors, some more than 40 years old, pose to the public. Graphite blocks, which are vital for closing down the reactor in an emergency, are disintegrating because of constant radiation, and other plants are so corroded that pipework is judged dangerous.

If the two Hunterston reactors were restarted and the graphite blocks failed, a worst-case accident would mean both Edinburgh and Glasgow would have to be evacuated, the report says.

The reactors are owned by the French nuclear giant EDF, which hopes to keep them going until the power they produce can be replaced by a pair of new reactors the company is building with Chinese support at Hinkley Point C. This plant was due to be completed by 2025, but cost overruns and already acknowledged delays make that unlikely.

“The NFLA urges the UK Government to move its energy policy from new nuclear and focus on delivering renewable energy, energy efficiency and energy storage solutions”

EDF has already spent £200 million to try to repair the off-line AGR reactors – some now 44 years old – but has so far failed to persuade the UK Government’s safety watchdog, the Office for Nuclear Regulation (ONR), that it is safe to do so.

The report says it would be simpler and cheaper to replace the reactors’ output with renewable energy rather than to keep repairing them – by coincidence a point also made by the UK Government’s National Infrastructure Commission on the same day.

Apart from detailing the fears of independent engineers and campaigners about the gradual disintegration of the reactors because of constant bombardment by radiation, the NFLA also criticises the ONR for not taking a stronger line on safety.

The ONR has promised to “robustly challenge” EDF Energy, to ensure that it “remains safe”. But NFLA Scotland’s convenor, Councillor Feargal Dalton, is not satisfied. He says councils will press the ONR “to forensically scrutinise what look like significant weaknesses in the EDF safety case.”

This criticism is based partly on the EDF habit of setting dates for the restart of reactors, only to postpone them repeatedly. This has happened as many as eight times in the case of Hunterston since it first shut down for a routine inspection in 2018, and six times for Dungeness.

In both cases this has just happened again, Dungeness being delayed from September to December this year.

Professor Stephen Thomas of the the University of Greenwich in London commented on the constantly postponed start-up dates for the reactors. He said: “It is clear, given that shutdowns expected to take two months are now expected to take two years or more, that EDF has found huge unanticipated problems.

“It is hard to understand why, when the scale of the problems became clear, EDF did not cut its losses and close the reactors, but continues to pour money into plants to get a couple more years of operation out of plants highly likely to be loss-makers.

“It is depressing that the ONR, which has a duty to keep the public informed on such important issues, chooses to hide behind bland statements such as that it will take as long as it takes, and that it will not comment on EDF’s decisions.”

Councillor David Blackburn, who chairs the NFLA’s steering committee, called for the closure of all EDF’s AGRs as soon as possible. He said: “The NFLA urges the UK Government in particular to move its energy policy from new nuclear and focus on delivering renewable energy, energy efficiency and energy storage solutions.

“There is ample evidence these can be delivered quickly and in the quantity that is required for future energy policy. It is time to move from nuclear and focus on renewables.”

The problem for the Government and EDF is not that the lights will go out if the nuclear stations are closed.

Three stations are closed down at the moment for repairs, and the newest to open, a pressurised water reactor (PWR) at Sizewell B on the east coast of England (not covered by the current report) is operating at 50% power because demand for electricity has slumped during the Covid pandemic. In fact EDF is being paid to keep it shut by consumers through their bills.

The problem is the economic mess that closing the reactors will create. EDF UK will be technically bankrupt if and when it closes its nuclear stations which will go from being assets on its balance sheet to liabilities.

The French state-owned company is already so heavily in debt and severely stretched in building new plants that it will be unable to help its British subsidiary. Asked to comment on this report, it did not answer the question.

The government of the day also has to face the difficulty of how much it will all cost. There is £9.4 billion in the ring-fenced government Nuclear Liabilities Fund to decommission the UK’s AGR stations and eventually the Sizewell station as well, but it will soon be clear this is nowhere near enough and the taxpayer will have to foot the bill. The estimate for the liabilities is currently around £20.4 billion. – Climate News Network