It is good to see that the Virus has not changed absolutely everything: for cometh mid-June, cometh the BP Annual Statistical Energy Survey for 2019. Bearing in mind that the Survey is essentially backward-looking because it is supposed to be about last year, it is scarcely surprising that in his introduction the new CEO of BP, Bernard Looney, talked more about climate change than about the virus: the virus did not loom very large last year.

According to the survey, overall growth in energy markets slowed in 2019, reflecting weaker economic growth and a reduction in the one-off factors that boosted energy demand in the previous year, particularly as the US, Russia and India all reported unusually strong growth in 2018. However, in 2019 it was China that was the exception; energy consumption accelerated there. As a result, China provided the largest increment to demand for each individual source of energy other than natural gas, where it was only narrowly surpassed by the US. The reduction in energy demand growth, combined with a shift towards renewables and natural gas, led to a significant slowing in the growth of carbon emissions, although not enough to negate completely the unusually strong increases seen in 2018. 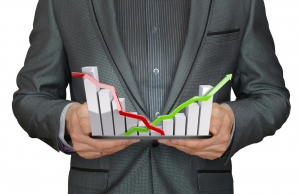 Image by Mohamed Hassan from Pixabay

Turning to renewables, I should start by stating that one Exajoule (EJ) equals 277.778 terrawatt hours (TWh). What this really means is that any EJ number is really an enormous number.  I hope the conversion above will provide a bit of context for what follows. Renewables energy consumption (which includes biofuels, but excludes hydro) continued to grow strongly, contributing its largest increase in energy terms (3.2 EJ) on record. This accounted for over 40 per cent of the global growth in primary energy last year, which is larger than any other fuel. As a result, renewables increased its share in the energy mix from 4.5 per cent in 2018 to 5 per cent in 2019

By energy source, wind generation provided the largest contribution to growth (1.4 EJ) followed closely by solar (1.2 EJ). Other sources of renewable electricity (such as biomass and geothermal) grew by 0.3 EJ, while biofuels consumption increased by 0.2 EJ, or 100,000 barrels of oil equivalent per day. China’s use of renewables grew by more than any other country, although its increase of 0.8 EJ was below the strong rate of growth seen in 2017 and 2018 (1.2 EJ both years). Solar accounted for around half of the growth in China’s figure, followed by wind (around 40 per cent).

With the level of renewable electricity generation at 10.4 per cent of all types of generation, renewables exceeded nuclear power for the first time. Yet although as a result coal generation fell sharply to 36.4 per cent, it still remained the single largest source of power generation in 2019.

A final word about Key minerals, whose recent inclusion in the Survey as a separate item was a welcome innovation. After steep rises in prices for cobalt and lithium in 2017 and 2018, prices fell back sharply last year. Cobalt prices declined by over 50 per cent while lithium carbonate prices slipped 31 per cent with resultant reduction in production. Both graphite and rare earth metals continued to grow, increasing by around 12 per cent. Graphite growth was driven largely by China and Mozambique, while rare earth output was lifted by China and the US, which increased output by 44 per cent, overtaking Australia to become the world’s number two producer behind China.