Some Aim companies involved in fuel cells battery development, and hydrogen fuelling have seen their share prices go pretty wild over the past 52-week period, despite the fact that they are loss-making. Ceres Power Holdings, which is involved in solid oxide fuel cells, came up from a low of 165.50 pence to a high of 578p. ITM Power deals in hydrogen fuels, storage and refueling. Its share price climbed from a low of 30.64p to a 12-month high of 358.50p

It seems that given the huge interest in electric vehicles and the ‘internet of things’ punters are shying away from fossil fuel companies and piling into clean tech groups because of climate change.

Ilika Plc is another AIM group similar to Ceres and ITM. It is involved in battery development. Its shares have risen from a low of 20.47p to, at one point in the past 52-week period, 57p. Like Ceres and ITM, Ilika is loss-making and it is heavily dependent on government grants to keep parts of its business going.

What makes Ilika very interesting to look at just now is that on 9 June 2020, the company issued a trading update for the year that ended on 30 April 2020. The update said that developments are in train that could be game-changing for the company’s drive to achieve commerciality.

This week Greenbarrel talked to Ilika’s CEO Graeme Purdy about the company and the exciting new moves outlined in the trading update. Mr Purdy started by saying: “The company now has two parts or divisions if you like. Since 2015 we have focused on developing miniature solid-state batteries such as Stereax M250 and P180 IP. Unlike lithium-ion batteries they have no liquid components. 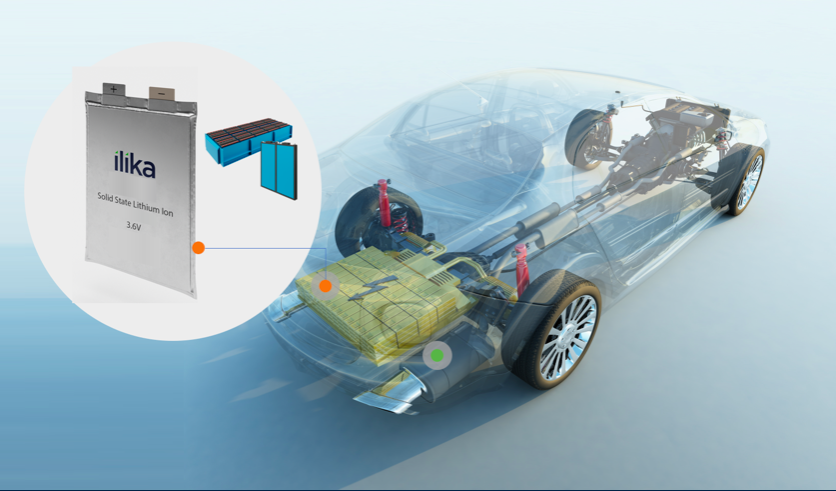 Mr Purdy continued: “There are advantages with solid state batteries in many areas. They have greater energy density, are faster charging and last longer. They are safer and less flammable.  These micro batteries are really suitable for industrial and medical use (such as implants) and suit the ‘internet of things’ market. Often a battery could be combined with an energy source like a small solar panel to power a wireless sensor.”

I said that a couple of years ago my Greenbarrel colleague Julian Singer wrote on our website that a typical example of this was the Ilika partnership with Titan Wind Energy, the largest maker of wind turbines in China, to develop a sensor to be mounted on wind turbine blades in order to monitor their condition.

Mr Purdy commented: “That is it. These applications are highly specialised and niche products. We started making them at the Chemistry Department of the University of Southampton years ago and are still producing them as a pilot project. This constrains our turnover and revenues.”

At this point Mr Purdy started to talk about the second part of the business. He continues: “If you look at the results for the financial year just finished on April 30, revenue was £2.8 million. Only £600,000 was from the mini-batteries. The rest, £2.2m, was from UK grants. This grant money has been used to move into building bigger batteries. Friends in the motor industry have begged me to build a larger battery for cars for some time.

It makes commercial sense for us to come up with our own large batteries. Our company has not been able to compete on price with the manufacturers of standard lithium-ion batteries because the latter have the advantage of very large production volumes and well-established procedures”.

But a start has been made. Since 2018 Ilika has worked on developing large batteries suitable for electric vehicles. These so-called Goliath batteries are indeed huge compared with the previous products.

Mr Purdy told me that his battery has been produced after lots of complicated processes. He said: “My battery is really a lithium-ion battery without any liquids.” Despite the size, it has been claimed that the battery in a Tesla model 3 stores more than 50 million times as much energy as Ilika’s pre-Goliath products.

Mr Purdy has said, however, his batteries can provide twice the energy for the same volume and +weight as lithium-ion ones. This means twice the range for the electric vehicle. The other major claim for a Goliath is that the solid-state battery can be charged six times more rapidly. These advantages seem impressive, but perhaps need testing outside laboratory conditions.

Mr Purdy seems very enthusiastic that these developments have been strongly supported by the UK Faraday Battery Challenge who first awarded £2.3m to Ilika in 2018 to develop a pre-pilot manufacturing line for Goliath batteries in a 30 month project with Honda, Ricardo – an engineering firm – and others (the PowerDrive Line project). At the same time Ilika was awarded £1.8m in a 2-year project headed by McClaren to develop new battery materials.

As a result, Ilika opened a large format battery facility in Hampshire in September 2019 (the Goliath Pre-Pilot Line), with over 600 square metres of laboratories and production equipment. A new 18-month Faraday-funded project was also announced (the Granite project). This is headed by Jaguar Land Rover and includes the manufacturer AGM Batteries and Warwick Manufacturing Group.  It is worth £0.9m to Ilika and is aimed at exploring cost-effective routes for scaling up solid state technologies.

The Goliath battery is still some way from commerciality, but the other part of Ilika’s business is about to be transformed. On 6 March 2020 the company announced that the over-subscribed Placing and Open Offer raised in aggregate £14.2m after expenses. Ilika outlined its plan to deploy the net proceeds to drive its roadmap across its portfolio of solid-state battery projects. In particular, Ilika explained that the proceeds would support the transfer of Stereax to a third-party fabrication facility. This would strengthen the balance sheet to meet working capital requirements and provide the option for investing in further growth in Stereax production capability.

After a search throughout Europe and North America Ilika found four possible third-party fabrication facilities (FABs). It finally awarded a contract for the procurement of a custom-designed evaporation tool (Tool 1) for the rapid disposition of cathode materials for Ilika’s Stereax batteries. Tool 1 is designed to deliver a 70x productivity increase relative to Ilika’s current wafer pilot line capability.

Mr Purdy said: “Just to explain, we keep all the patents but everything from research to assembly to production is being contracted out to our FAB partner. New plant will be built alongside our Goliath facilities in Romsey”.

Ilika’s house broker Liberum, which reinstated coverage of Ilika after the growth placing, commented: “Each 6-inch wafer holds 30 P180 Stereax batteries. Manufacturing partner production in FY2023 is expected to be approximately 3,000 wafers giving forecast micro battery product revenues of around £12.5m. If this projection comes to pass it should certainly reduce the amount of grant in the overall revenue figure (relatively speaking). But above all a big stride towards commerciality will be taken. Ilika’s share price was 51p last evening