Fishing nets are specifically designed to catch marine wildlife, but since modern nets are made of plastic a new threat has emerged: when nets, pots and other gear is discarded, lost or abandoned in the sea, these so-called “ghost nets” form aimless but deadly floating death traps for ocean wildlife. At least 640,000 tonnes of gear are estimated to be left in the seas every year, which can drift for decades entangling and chocking whales, dolphins, turtles and seabirds, before eventually degrading into microplastic.

Gillnets  are one of the most commonly lost nets and it is estimated that, in the Baltic Sea, a single lost gillnet can destroy US$20,000 worth of seafood. Local coastal communities, which are already bearing the brunt of illegal fishing, are having their income further threatened by such losses. (Gillnets are also considered to be one of the most damaging type of ghost net. Their length, increased soak time, and gear stress contribute to fish and other marine animals being fatally entrapped.) 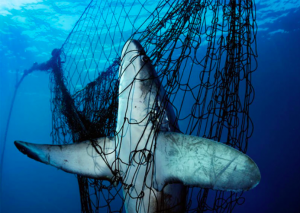 All this has prompted the Norwegian Retailers’ Environment Fund to fund a project in Thailand aiming to reduce the threat from discarded fishing nets. Coastal communities will collect abandoned nets which will be sent to make a variety of goods, such as sports and kitchen equipment. This will protect ocean wildlife and support local villages at the same time. The work, which commences on August 1, 2020, builds on a successful pilot project in which the three participating fishing villages were able to gather over a tonne of nets in the course of a year,  with the support of the Thai Department of Fisheries.

Once the nets are collected they are cleaned using salt water, compressed into blocks, and transported to the partner recycling factory. Here, they are made into pellets and sold to end-user companies which make them into useful products. Two companies are initially involved: Qualy is a Thai design brand with a focus on community and environment, which has already used the nets to produce both a keychain attachment to help people minimise touching surfaces during the coronavirus crisis and visors to prevent infection. The other company, Starboard, makes windsurfers and paddleboards, among other sports equipment. They will contribute fishing nets they find through their Plastic Offset Program – which regularly cleans up beaches in Thailand. The whole point of the project is to give coastal communities a real incentive to clean their own seas of these floating death traps, thus providing crucial protection to ocean wildlife while at the same time giving much-needed economic support to local fishing villages.

It is worth remembering that Thailand has a commercial fishing fleet comprising over 10,000 vessels (ie above 10 gross tonnes in size.) In addition, there are over 30,000 smaller-scale fishing vessels. It is also worth remembering that  Over 32,000 tonnes of marine plastic pollution is generated in Thailand every year, and up to 300 marine animals a year are seriously harmed or lose their lives through either entanglement by ghost fishing gear or by eating disused fishing and marine debris.