US gas plans a carbon-free future with hydrogen 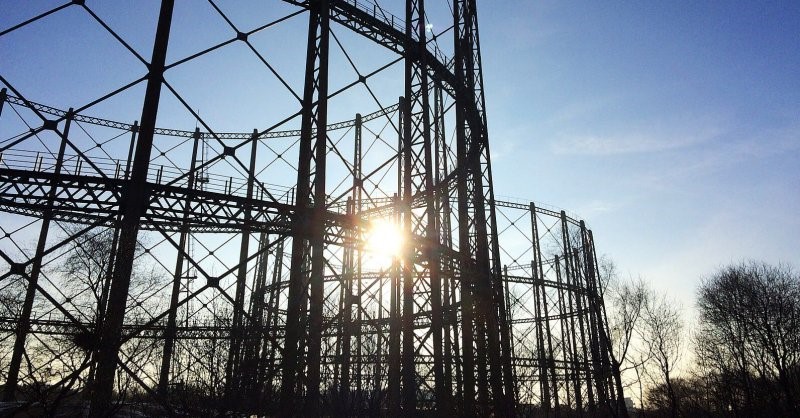 Time marches on: Coal gas went in the 1970s; natural gas will follow soon. Image: By Ellievking1, via Wikimedia Commons

This article first appeared on the www.climatenewsnetwork.net

This story is published as part of Covering Climate Now, a global journalism collaboration strengthening coverage of the climate story.

Committed to a carbon-free future by 2050, the UK gas industry is to switch to green hydrogen and biogas.

− A mixture of green hydrogen produced by surplus solar and wind power and bio-methane coming from farms and waste food will ensure the British gas industry a carbon-free future in 30 years, according to the country’s gas network operators.

The ambitious plans for the first carbon-free gas grid in the world have been declared both technically possible and one of the less expensive options in solving the tricky problem of how to heat UK homes, office buildings and factories, said to be the most difficult task in decarbonising the energy system.

The programme, called Gas Goes Green, involves using the existing gas networks that supply 85% of Britain’s homes, as well as business and industry − but converting boilers and other appliances to use hydrogen.

Although the plan is ambitious, its authors, the Energy Networks Association (ENA), which includes the transmission and distribution operators for gas and electricity in the UK and Ireland, point out that a similar programme was carried out in the 1970s to convert the entire British gas grid from supplying coal gas to natural gas.

The plan, which involves 23 million properties, will be closely watched across the rest of Europe and in many other developed countries that have extensive gas networks.

Currently Europe depends heavily on Russian natural gas, and there have been a number of disputes about pricing which have led to threats to cut off the supply.

This has led to political pressure to find alternatives, with compressed natural gas imported from the Middle East and the US a candidate to provide a possible alternative supply.

Now the pressure is on to decarbonise the sector entirely. The UK is well placed to do so because it has enormous potential for producing far more electricity than it needs from renewable sources: wind, solar and various tidal and wave schemes.

The aim of going carbon-neutral by 2050 is enshrined in UK law, but the country’s new Conservative government, elected last December, has yet to come up with a plan for achieving this. Clearly, though, the gas industry thinks it has found a solution.

There is also increasing interest in using hydrogen for transport, including trains, to avoid the expense of electrifying lines. It has a distinct advantage over electricity: it can be stored for long periods.

ENA commissioned a report from the accountants KPMG which concluded that conversion from natural gas to hydrogen was both technically feasible and one of the cheapest options for the nation’s heating systems.

ENA, whose members pipe gas to 21.5 million UK customers, finally came up with its plan: to switch its networks entirely to hydrogen and biogas.

There are already a number of schemes that inject both fuels into the national network, and there are experiments with closed systems which provide heating and cooking on 100% hydrogen systems. The industry is confident these could be scaled up.

Matt Hindle, head of gas at ENA, told Business Green: “We’re delighted to not only be launching this exciting new programme, but also to be making clear our commitment to creating the world’s first zero-carbon gas grid.

“Gas Goes Green will deliver the greenprint needed to do that, and in doing so tackle some of the biggest challenges facing decarbonisation policy.”

The first step will be to work out a plan to switch UK boilers from burning natural gas to a mixture that is mostly hydrogen but contains some bio-methane.

This ambitious plan faces some competition from the advocates of ground-source heat pumps as an alternative for heating homes. The pumps have the advantage of running on green electricity, and cut out the need for gas entirely, but they need to be installed in large numbers.

The pumps’ supporters argue that scaling up green hydrogen production to fulfil the entire needs of the gas network is nearly impossible in the 30 years left until the UK should have reached carbon neutrality.

What is interesting, however, is that a number of competing technologies now exist to decarbonise heating, cooking and transport entirely. All that is still lacking is the political will to press ahead.