Hydrodec Group’s recent history has been a tale of one step forward and two steps back in its fortunes. A Trading Update for the year ending 31 December 2019, published on 14 February 2020 suggests, however, that due to some fortuitous developments the company might now be able to break out of the cycle of continual disappointing corporate performances.

Since joining AIM in 2004 Hydrodec has been involved in a number of different renewable/alternative energy projects. Its core business, however, has become ­­­­­­-­a clean-tech, oil re-refining group with operations in the US and Australia.

Hydrodec applies proprietary technology to re-refine used and contaminated waste oil to produce, market and distribute its flagship SUPERfine transformer oil and naphthenic base oil. Modifier oil is not the kind of fuel you would put into a car or ship. It is a heavy industrial oil. If transformer oil is not re-refined to make it suitable for further use it is incinerated or disposed of in an unsustainable manner.

We started writing about Hydrodec in 2017. Late in that year we reported how the share price had collapsed during the course of 2016 and stayed collapsed for early 2017. The reason given was that the company had to grapple with a series of legacy technical problems dating back to 2013 and centering on both its main facility in Canton in the US and its Boman plant in Australia. The problems severely curtailed output. The company was on the back foot.

However, the company’s Trading Update for the year 2017 released on 29 January 2018 said that trading improved in the first half of 2017 and Group EBITDA was approximately US$0.45m, the first positive half-year EBITDA in the group’s history.  But the second half of 2017 was affected by feedstock shortages and overall losses by year-end were US$4.4m. Feedstock problems had long bedeviled Hydrodec and would do so again

.Despite the feedstock concerns, 2018 started with high hopes, because a new strategy was put in place. This involved improved pricing and a better sales mix through a greater percentage of SUPERfine being used in place of base oil. Revenues increased by 6 per cent by June 2018 and there was a small EBITDA profit of US$0.26 million.  Despite all this overall losses were US$6.6m at the end of 2018. The company was again on the back foot.

Entering 2019, there was a major development. There had been a massive consolidation of the shares to the £1 level and in January they were priced at 65.5p. Inevitably, the shares fell off a cliff and went down relentlessly during 2019 so that they had fallen to a 52-week low of 2.25p before recovering a bit to 4.5p by the end of December. 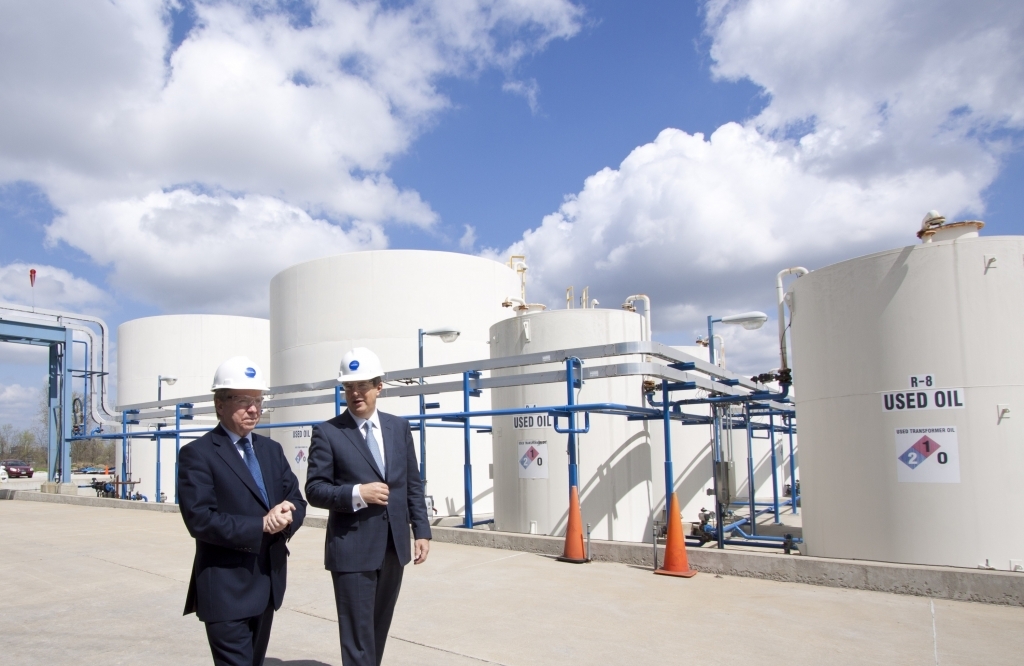 Underlying all these share price movements, there were some positive developments. One was that Andrew Black the company’s largest shareholder and a director of the company bought the Boman plant in Australia for A$1.7m through another of his companies, Greenbottle. He also put US$3m of funding into Hydrodec in the first half of 2019 and gave a further US$1.8m of financial assistance to HYdrodec to keep the company going in H2.

The other positive development in mid-2019 was that the American Carbon Registry (ACR) gave Hydrodec permission to utilise 100,000 carbon credits they had built up in the US between 2016-2018.  Also, the ACG gave approval for Hydrodec’s product to be sold with a carbon offset in the company’s current and future projects.

Carbon Credits are a form of subsidy or credit notes rather similar to Renewable Obligation Certificates (ROCs) in the UK. They are a form of subsidy and credit paid by the government to make sure utilities buy a percentage of their output from green or renewable sources. These subsidies can amount to considerable amounts and are ultimately paid back to the government by the consumers through their energy bills.

Neither the ACR nor Hydrodec, (which is the only oil re-refining business in the world to receive carbon credits for its outputs) have revealed what the unit amounts for carbon offsets will be, but they will be considerable.

When the Trading Update for 2019 was released in February 2020, all was gloom and doom. Chris Ellis the CEO who re-joined Hydrodec after a time away sounded as if he was announcing a profits warning: The Trading Update reported :–

This was hardly likely to set investors’ hearts singing. Commenting on the results CEO Chris Ellis said: “The conditions under which the company has had to operate have been extremely challenging…….. working capital constraints on sourcing feedstock, which drives volume, margins and overall financial performance……it is in this context that 2019 should be judged, whilst it is extremely disappointing … there are encouraging signs of early successes in our sustainability strategy.”

This last sentence perhaps says a lot. In the post period-end Hydrodec signed a three-year contract (which could be extended for a further two years ) with a major US utility –Duke Energy. Under this Hydrodec would hand over carbon credits they held to obtain used oil that Duke Energy held.

In return, Hydrodec would process the used oil by re-refining it using their  patented technology. In this way Hydrodec would make money over above what they had paid out in carbon credits.

In a separate development there has been a one-year extension to continue to supply up to 10m litres annually of its SUPERfine transformer oil to a major transformer original equipment manufacturer (OEM).

Chris Ellis said: “The Duke Energy contract is a game changer for Hydrodec”. He is talking to other utilities and he believes that the Duke Energy deal is a clear signal that the environment has changed significantly in the company’s favour.

Hopefully the sustainability strategy the company has embarked on has the potential to take the company into profitability and keep it there.  The shares in the £0.66m market cap company stood at 3.15p against a 52-week high of 65.5p and a low of 2.25p.