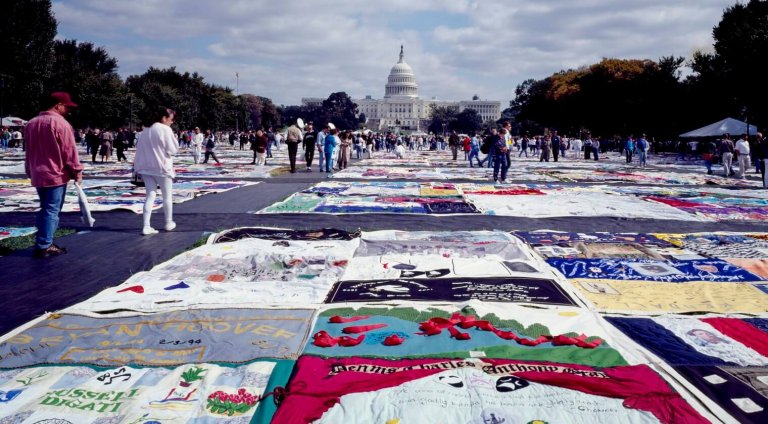 Societies worldwide are changing overnight to meet the coronavirus threat. – If you want to know how fast a modern society can change, go to most British town centres and see the pandemic response. They will be unrecognisable from what they were 10 days ago.

You’ll see far fewer pedestrians, now sheltering from coronavirus infection at home, far fewer vehicles, hardly an aircraft in the skies above. The familiar levels of urban noise have faded to a murmur. The usual air pollution is dropping fast, with reports of significant falls from not just the UK but China and northern Italy as well.

So we can change when we decide to, and a pandemic demands change that’s both radical and rapid. But pandemics are not unique in that respect: there’s something else on the world’s agenda that’s crying out for action to match what’s happening today.

Dieter Helm is professor of economic policy at New College, University of Oxford. He writes in the latest entry on his site: “The coronavirus crisis will come to an end even if coronavirus does not … What will not be forgotten by future historians is climate change and the destruction of the natural environment.” What can we learn from this crisis that will help us when it’s over?

The Rapid Transition Alliance (RTA) is a UK-based organisation which argues that humankind must undertake “widespread behaviour change to sustainable lifestyles … to live within planetary ecological boundaries and to limit global warming to below 1.5°C”.

“Prevention and resilience are what we need, to mitigate not just viruses, but also the destruction of the wider natural environment”

It says pandemics show how good governments are at responding fast and effectively, and at changing economic priorities in the public interest. But one vital element is to ensure that people clearly understand the risks involved, as this can lead to much faster, co-ordinated responses to an emergency, explaining and justifying policy changes that otherwise might lack support.

People can change their daily habits very quickly. Where behaviour changes show that more sustainable behaviour is possible – such as avoiding unnecessary travel – many could be encouraged to adopt them as a new norm.

Reactions to COVID-19 in China have improved urban air quality, leading to emissions reductions in different industrial sectors ranging from 15% – 40%. If plummeting levels of air pollution gave people a lasting taste for cleaner air, the Alliance suggests, this might shift expectations and open up new possibilities for change.

We can very quickly change our expectations about how we travel, work and entertain ourselves in a pandemic, it believes, and how we learn to behave, so as to minimise transmission risks.

There have been previous successes in overcoming pandemics, although they happened in different eras, using different technologies and living with different customs and systems of belief, so we  cannot always learn directly from them.

One recent success has been the international effort to subdue HIV/AIDS. First identified in the Democratic Republic of the Congo in 1976, the disease has killed more than 32 million people, yet since 1995 death rates from it have dropped by 80%.

The World Health Organisation estimates that there were around 37.9 million people living with HIV at the end of 2018, most of them in sub-Saharan Africa. In 2002, UNAIDS negotiated with five pharmaceutical companies to reduce anti-retroviral drug prices for developing countries – a key step in making combating the disease a greater priority than profit.

Between 2000 and 2018 new HIV infections fell by 37% and HIV-related deaths fell by 45%. Changes in attitude, the RTA argues, have been vital in achieving an effective response, including the action of a well-known early casualty, Rock Hudson, who left funds for research into the virus, and Princess Diana, who famously shook hands with an AIDS sufferer to show the condition was not contagious.

The RTA argues that Inadequate action on climate heating is like knowing the cure to COVID-19 and yet failing to manufacture and distribute it and treat people affected by it.

Some of the latest climate research points to a growing gap between the commitments on the climate emergency which nations have made, and the action which scientists say is needed, and the RTA says three lessons on rapid transition stand out from global pandemic responses:

Professor Helm agrees that there are lessons to be learnt about the climate crisis from the world’s reaction to pandemics, but he doesn’t think they will all necessarily be welcome.

For a start, he says, “the virus has created an economic crisis, and people will be less willing to pay for saving future generations. There are more immediate pressing problems.”

Warning that history will remember climate change, biodiversity loss and our ravaging of the Earth, he concludes: “It remains to be seen whether this particular crisis leads to a broader and a more fundamental rethink. We have not paid enough to support the health service, preferring lower taxes.

“There is a broader lesson here too, and a really great legacy of this crisis would be that we learn it. Prevention and resilience are what we need, to mitigate not just viruses, but also the destruction of the wider natural environment.” − Climate News Network

The Rapid Transition Alliance is coordinated by the New Weather Institute, the STEPS Centre at the Institute of  Development Studies, and the School of Global Studies at the University of Sussex, UK. The Climate News Network is partnering with and supported by the Rapid Transition Alliance, and will be reporting regularly on its work. If you would like to see more stories of evidence-based hope for rapid transition, please sign up here.

Do you know a story of rapid transition? If so, we’d like to hear from you. Please send us

Alex Kirby is a former BBC journalist and environment correspondent. He now works with universities, charities and international agencies to improve their media skills, and with journalists in the developing world keen to specialise in environmental reportin