It is almost a year since we covered the Drax Group. On April 17 2019 we wrote that the company was betting on green energy by transforming its massive coal power plant in North Yorkshire from a fossil fuels concern to a huge clean energy facility, to aid the fight against climate change.

The company splurged a lot of money on various investments to expedite the move away from coal. This caused concern in some quarters. The Investors Chronicle, for example, said: “The shift to green energy comes at a price”.

When the final results report for 2018 were published early in 2019, they indeed showed the process of change had been more expensive than envisaged and had impacted negatively on Drax’s share price, its profit and loss account and its balance sheet. 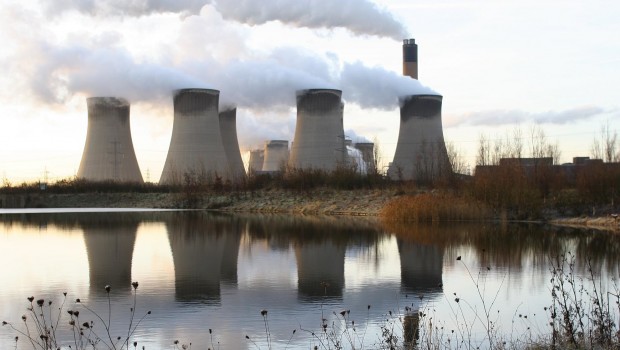 What a difference a year can make. Scroll down to the full year results for the twelve months ended 31 December 2019, that were released on 27 February 2020, and it becomes apparent that the investments made in 2018 had not been misguided, but had put the company in a position to further progress their shift to green energy.

At this point it is useful to recall what had happened in 2018. For the first few months of that year everything seemed fine. Then, in August 2018 Drax reported that the company had switched on its fourth biomass (wood pellets} plant in North Yorkshire.

The company said this meant 75 per cent of its electricity came from a renewable source. This, in turn, it said, accounted for 6 per cent of the UK’s power, enough to supply four million homes. Also, there were only two coal fired units left to be dealt with since under a government edict all coal fired power plants must be phased out by 2025.

Against this Drax also said that it had spent a total of over £700 million on converting its four units. It wasn’t just these huge conversion costs that were exceptional. There were also substantial obsolescence charges for the coal specific assets through accelerated depreciation. The company had also established an energy supply division, largely through takeovers of companies already in the field, like Opus energy and Haven, which supplied energy to business customers. A wood pellet division was also established bringing the pellets from the US.

The largest exceptional item was, though, the acquisition of Scottish Power’s renewable power portfolio during the period. The management drew £550m from its debt facility to close the deal. All these outlays and taxation meant the EBITDA (earnings before interest, taxation, depreciation and amortisation) total of £250m was emasculated and ended up as a very modest £37m profit.

By contrast, the group adjusted EBITDA for 2019 was up 64 per cent to £410m.  Significantly, the £410m total included £114m from the hydro and gas assets acquired from Scottish Power. There was also a £78m Capacity Payment which is an EU assisted scheme for renewable energy projects. There was very strong cash flow from the main division of power generation. Net cash from operating activities was up 33 per cent to £413m.

The biomass (pellets) division showed good sales growth through improved margins and the retail side recorded an EBITDA of £17m as the various small supply companies were consolidated into one group under Opus Energy. Small wonder that with all these positives Drax decided to increase the dividend by 13 per cent to 15.9 pence a share.

Both Chairman Philip Cox and CEO Will Gardiner were obviously delighted at the 2019 results. But their statements commenting on their results emphsised what they have done for climate change and what they plan to do for renewable energy going forward.

Will Gardiner said: “We have achieved these results while still achieving a 47 per cent reduction in carbon emissions. We are now the UK’s fourth largest generator, meeting 6 per cent of its power requirements and generating 12 per cent of the country’s renewable power.”

Philip Cox said: “Since 2012 Drax has reduced its carbon emissions by 85 per cent. We have decided to take the next step and announced an ambition to become totally carbon neutral by 2030.

To this end, in February announced it will stop commercial generation from coal on March 2021. It has also joined a number of partners in a scheme using Bioenergy Carbon Capture and Storage (BECCS) in the Humber region where CC&S can apparently be feasible.

All this suggests that Drax is a company that is doing well commercially while advancing renewable energy. Normally, it would attract investment and see its share price increase. But we know we are in nothing like normal times and its share price is bumping along the bottom at 134p against a 52-week high of  374p