For some years now we have been monitoring the progress of the AIM-listed Good Energy company which has wanted to be a predominately power supply company using 100 per cent renewable energy; thereby aiding the fight against climate change.

Julia Davenport OBE, who founded the company in 1999 and remains the CEO to this day, also wanted its renewable energy to be powered by independent producers and its own generating assets. Good Energy also pioneered a more localised approach to energy by supporting home energy.

Mostly, Good Energy produced good news from all this. But when it came to reporting on 8 May 2018 about the final results for 2017, which were released on 21 March 2018, the tone was different. It appeared Good had reached a watershed in its life and might have to think about changes for the company. The company’s pre-tax profits from continued operations fell some 63.7 per cent.to £0.7m

Investors did not like what they had learned about the situation and reacted negatively. The share price, which was already trading at a 52-week low, fell a little further to 208.50p on the day the results were released.

Shortly after this news Good did indeed start to alter its business model. In a nutshell, it said it would reduce its heavy reliance on some areas of supply as well as getting away from traditional generation models and moving towards opportunities in areas such as energy services, smart activities, electric vehicle growth and shared partners in generation.

More than 18 months on, the release of Good’s interim results for the six months ended June 30 2019, published in September 2019, has shed some light on how the new business strategy is progressing.

Recently, Greenbarrel.com has had an opportunity to talk with Juliet Davenport about these interims. We began by asking her about the supply part of the business.  We said the problem here seems to be that Good’s core business of retailing energy to households had become mature. It has been challenged in an increasingly price competitive market.”Good Energy’s interim results for the first half of 2019 show its decision to alter its business model is producing results 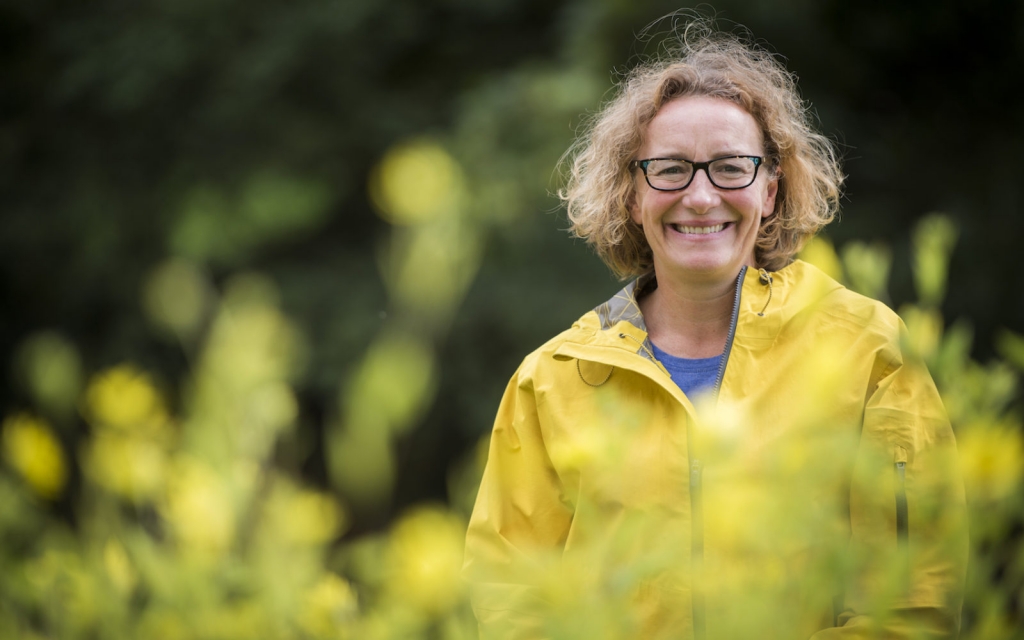 Juliet said the fierce competition in the supply market has been challenging, but in the case of Good’s own market there had been an increased shift to business consumers (B2B) and away from domestic buyers (B2C). In the six months under review, total custom increased by 1.4 per cent to 261,800. Within this total business customers rose by 4.1 per cent to124,300, whilst domestic customers fell by 0.9 per cent to 137,500. Juliet confirmed that the supply business was the largest contributor to group revenue. Overall, Juliet seemed happy enough with the interims. Revenue was, at £63.5m, an increase of 2.8 per cent over H1 2018. Pre-tax profits at £2.5m were 8 per cent to the good.

Juliet said: “We are continuing to deliver good financial results in this challenging market”. She continued: “Also we are rolling out new propositions for smart meters that would enable consumers to take control of their energy use, to electric vehicle charging points, providing more and better services to customers, taking advantage of new technologies to bring on energy storage”.

Juliet also said: “In addition, the energy regulator Ofgem’s decision to exempt good Energy from the price cap provides validation of our model. It is recognition that we support renewable energy right across the UK”. She added: We are ideally positioned to help homes and businesses share clean power through our innovations.”.

Although the supply side of the company has produced most of its revenue, this has not stopped Good evolving key partnerships. The Haven project is researching vehicle- to-home energy sharing. Good is involved with Honda, Upside Energy and Salford University tin this scheme   Also, Good has partnered with the Eden Project to look at battery storage trials. Good, as well, has taken a stake in Zap-Map, an app with an option that identities the location and availability of charging points.

On the subject of its own power generation, after divestments including the sale of Brynwhilach (to the great benefit of the company’s balance sheet and its ability to fund its new propositions) Good’s portfolio consists of six solar and two wind farms, which deliver 100 per cent renewable energy. Juliet says the company is taking a prudent approach to the generation business. This is probably because with the changes in government policies and less support for renewables the market has moved in favour of large-scale developers.

All this talk about large scale fossil fuels and nuclear Gigawatt generators being built rather enabling millions of households and businesses to generate and share clean energy, led us to discuss how this sharing idea could lead to small units feeding energy into the National Grid as well as generating enough energy for domestic use. down because of the lack of reserves at the gas plant.

I said to Juliet  when I was in Germany working with the NGO Clean Energy Wire more than two years ago, I was told that renewables were then 27per cent of the country’s energy mix. I was also told that of those renewables 43 per cent that was going into the National Grid came from homes, farms and co-operatives and not from the utilities. I said to Juliet the percentage in the UK must be much lower. She replied that she thought the level was around 20 per cent or so. But she added: “We will be improving on that level.”

The share price of the market cap of Good Energy stood at 142.50 pence last evening against a 52-week range of a low of 87.50p and a high of 187.50p. House broker Investec Securities quoted a target price for Good on the day the interims were released of 220p.