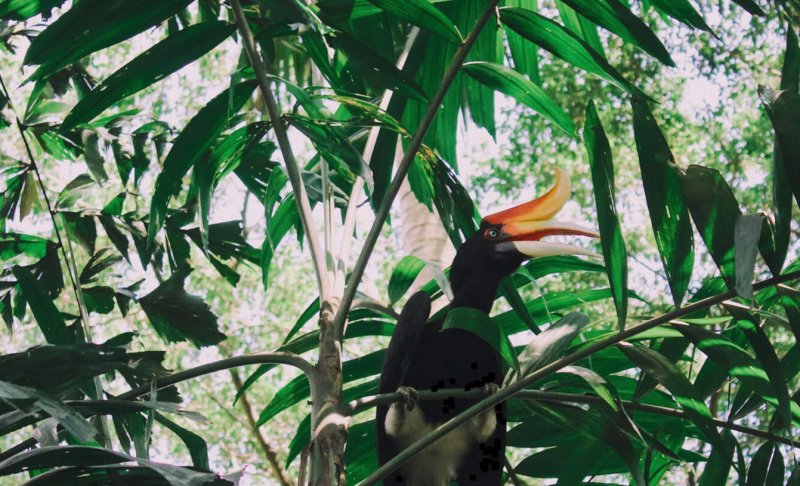 Best chances for restoring forests lie in the tropical lowlands. Image: By K8 on Unsplash

Scientists now know where to start restoring the forests to soak up carbon and cool the planet, by planting more trees on unused land.

Swiss scientists have identified an area roughly the size of the United States that could be newly shaded by planting more trees. If the world’s nations then protected these 9 million square kilometres  of canopy over unused land, the new global forest could in theory soak up enough carbon to reduce atmospheric greenhouse gas by an estimated 25%.

That is, the extent of new tree canopy would be enough to take the main driver of global heating back to conditions on Earth a century ago.

And a second study, released in the same week, identifies 100 million hectares of degraded or destroyed tropical forest in 15 countries where restoration could start right now – and 87% of these hectares are in biodiversity hotspots that hold high concentrations of species found nowhere else.

The global study of the space available for tree canopy is published in the journal Science. Researchers looked for land not used for agriculture or developed for human settlement. They excluded wetlands and grasslands already fulfilling important ecological functions.

They left existing forests out of their calculations. And they identified enough degraded, wasted, or simply unused land to provide another 0.9 billion hectares – that is, 9 million square kilometres – of tree canopy.

Such new or restored forest could store 205 billion tonnes of carbon. This is about two-thirds of the 300 billion tonnes of extra carbon humans have pumped into the atmosphere since the start of the Industrial Revolution 200 years ago.

“We all knew that restoring forests could play a part in tackling climate change, but we didn’t really know how big the impact would be. Our study shows clearly that forest restoration is the best climate change solution available today,” said Tom Crowther of the Swiss Federal Institute of Technology, now known as ETH Zurich.

“But we must act quickly, as new forests will take decades to mature and achieve their full potential as a source of natural carbon storage.”

“Restoring forests is a must-do – and it’s doable”

Forecasts for the future start with the data available now: the Swiss team worked from a dataset of observations of 80,000 forests, and used mapping software to predict possible tree cover worldwide under current conditions.

The big unknown is: what will global heating and climate change do for future forest growth? If nations go on burning fossil fuels at the present rates, then parts of the world could begin to experience harsher conditions and by 2050 the area available for tree cover could have dwindled by 223 million hectares, much of this in the tropics.

Forests are an integral part of the answer to the climate crisis. But forests worldwide, and particularly in the tropics, are also vulnerable to extremes of heat and drought and windstorm that are likely to come with ever higher average temperatures.

Where and when and how nations act to restore forests involves political decisions that must be based on evidence. So researchers have for years been trying to establish the extent of the global tree inventory, and its variety.

They have confirmed the importance and value of urban forests. They have identified huge areas of woodland  hitherto not mapped or recorded. They have tried to make an estimate of the number of trees on the planet and the rate at which they are being felled, grazed, burned, or even extinguished.

They have identified threats to tropical forests, monitored the increasing damage to or degradation of what are  supposed to be protected areas, much of them forested, and they have measured changes in forests as the temperatures rise.

Right now, the world has 5.5 billion hectares of forest or woodland with at least 10% and up to 100% of tree cover: altogether this adds up to 2.8bn hectares of canopy. It also has a challenge to get on with: the Bonn Challenge to extend national forest areas by 350 million hectares by 2030 has been accepted by 48 countries so far.

The Swiss researchers calculated that there were up to 1.8 billion hectares of land of “low human activity” that could be reforested. If half of this was shaded by foliage, that would yield another 900 million hectares of canopy to soak up and store atmospheric carbon, and more than half of this potential tree space was in just six countries: Russia, the US, Canada, Australia, Brazil and China.

But a second study, led by Brazilian scientists and published in the journal Science Advances, used high-resolution satellite studies to find that the most compelling opportunities for forest restoration exist in the lowland tropical rainforests of Central and South America, Africa and Southeast Asia.

Almost three-fourths of the restoration hotspots were in countries that had already made commitments under the Bonn Challenge. The five nations with the largest areas in need of restoration are Brazil, Indonesia, India, Madagascar and Colombia. Madagascar is also one of six African nations – the others are Rwanda, Uganda, Burundi, Togo and South Sudan – that, on average, offer the best immediate opportunities for forest restoration.

“Restoring tropical forests is fundamental to the planet’s health, now and for generations to come,” said Pedro Brancalion, of the University of Sao Paulo in Brazil, who led the study.

“For the first time, our study helps governments, investors and others seeking to restore global tropical moist forests to determine precise locations where restoring forests is most viable, enduring and beneficial. Restoring forests is a must-do – and it’s doable.” − Climate News Network