Powerhouse Energy (PHE), the developer of a modular system for converting waste into electricity and hydrogen, is in the right place at the right time. When yet another report on the problem of plastic waste disposal appears in the news media, PHE’s share price tends to increase. As it is, an agreement to develop the first commercial operation was reached in May. The project is expected to receive planning permission by the end of 2019 but no completion date has been announced.

The agreement involves two other companies: Waste2Tricity, a private company that has an exclusive licence to manufacture PHE’s Distributed Modular Gasification (DMGTM) system in the UK and parts of SE Asia, and Peel Environmental, part of the privately-owned Peel Group which invests in infrastructure in north-west England. This first DMG system will be installed at Peel’s Protos site nearby PHE’s base in the Thornton Science Park near Chester.

The agreement illustrates PHE’s philosophy, which is to be “a technology provider, with paid services for engineering, licensing and operational support”, according to chairman Dr. Cameron Davies. Based on this the company has qualified for the Enterprise Investment Scheme which allows investment tax relief up to a total of £5 million per year with a lifetime total of £12 million.

PHE’s final results for 2018 were published on 27 June. There was no revenue and a loss of £2.35m (2017: £1.87m) which was funded by equity placements totalling £1.7m. There has been progress. During the year the commercial design of the DMG unit was finalised and the process validated independently by a risk management company. The company’s research demonstrator at Thornton was upgraded so as to be able to offer paid trials of processing different types of waste, and to produce electricity for the University of Chester, who own the science park. 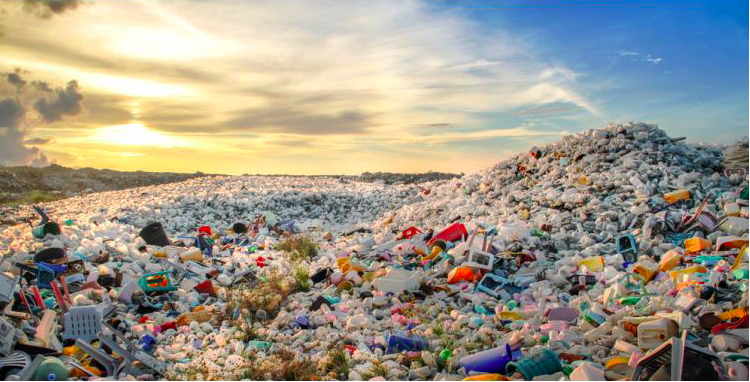 Nevertheless, given that the prototype arrived in the UK two years ago, progress seems slow given the interest generated. The heart of the DMG process is an incinerator running at over 10000C without oxygen to produce “EcoSynthesis” gas which is mainly hydrogen, carbon monoxide and methane. This gas can be burnt to generate heat and electricity while pure hydrogen can be extracted for use in vehicles. An important feature is that it can handle even the most obdurate waste such as tyres and unrecyclable plastics.

The commercial unit is designed to process 25 tonnes of waste a day (typically the amount from a small town) to give 1000kg of hydrogen (enough for 40 buses to travel 300 miles) as well as heat and 28 MWh of electricity.  CEO David Ryan calculates that this plus the gate fee for disposing of the waste would generate £3.4m per year, for a unit that is estimated will cost £8m.

There are some factors that could be slowing down the introduction. PHE’s vision is of distributed units, ideally one for each waste collection site, but with few hydrogen vehicles currently on the road there is not yet the need for a network of hydrogen filling stations. For a waste facility the capital cost may look high, especially as the unit is likely to be less efficient if not run continuously. Another factor might be that burning the gas emits CO2, so the process is not entirely green. However, Keith Allaun, ex- CEO, says that the DMG process emits 12 to 16 times less CO2 than when hydrogen is produced by the usual process of reforming natural gas with steam.

There is also competition. In May, Singapore’s Nanyang Technological University and National Environment Agency opened a Waste-to-Energy research facility with a similar high temperature gasification plant. The output gas is used solely to generate heat and electricity. Other countries are certainly investigating, so it is not surprising that PHE have recently filed patent applications for some aspects of its process.

While PHE have placed a lot of emphasis on hydrogen production, the ability to dispose of plastics and other awkward waste should in itself merit attention. Waste operators may need some incentive to invest in the product, but with current awareness of plastic disposal the public may well accept some cost without too much grumbling.