A joint venture between Longspur Research and Radnor Capital Partners, the index was launched to highlight companies that are actively driving the transition to a net zero carbon world. It should help to raise the profile of Powerhouse, which sits alongside 145 other listed companies spanning a range of sectors and market cap sizes.

Like many of its peers, the London AIM-listed group enjoyed a sharp upward spike in share prices in the latter part of 2020, a reflection of the increasingly warm sentiment among investors toward clean energy stocks.  But while share price momentum may have subsided this year, there are still plenty of reasons for optimism in 2021 and beyond, says Tim Yeo, the company’s executive chairman. The inclusion of Powerhouse on the index is also an endorsement of its pioneering technology, which is now being rolled out in various settings. 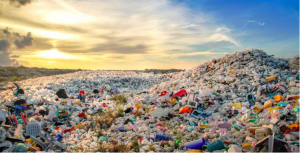 “Powerhouse Energy’s vision is to be a leader in technology solutions that can transform plastics and waste into new energy,” Yeo told GreenBarrel in an interview. “This vision is being realised with our first commercial plant in the north west of England.  Construction of this plant is Powerhouse’s top priority.”

That first step is Protos, Peel L&P Environmental’s flagship strategic energy and resource hub near Ellesmere Port in Cheshire, where work is very much underway. Action to ensure the structured delivery of this first plant is being facilitated by advice from Ian Crockford whose former assignments include responsibility for project delivery at the 2012 Olympic Delivery Authority.  Also on the Powerhouse team is a new chief technical officer, Paul Emmitt, who has already been deeply involved in the Powerhouse Distributed Modular Gasification (DMG) process technology from the building and operation of the demonstration unit.

DMG is a unique proprietary advanced thermal conversion technology to produce electrical power and hydrogen from waste plastics. It can generate up to 2 tonnes of road-fuel quality hydrogen and more than 58MWh of exportable electricity per day. On his appointment, Emmitt said he was looking forward to facilitating “the completion of the first commercial scale DMG plant which will bolster the UK’s hydrogen economy.”

Planning permission for the first DMG application at the Protos site was granted in March 2020, though completion timelines are still a bit hazy. Nonetheless, all the team are pulling in one direction and there is plenty of buzz and activity as zero carbon targets loom on the horizon.

Yeo said on 30 June that his team and Peel NRE, part of Peel L&P, are working to achieve start up “as quickly as possible” when presenting the company’s final results for the year ended 31 December 2020.

The next day, on 1 July, Powerhouse provided a fresh update on its involvement in the UK’s plans to rollout the infrastructure needed to support the advance of hydrogen vehicles after Peel NRE signed a deal to supply hydrogen to Element 2 refuelling stations — the first at Protos. Element 2 is looking to establish a network of hydrogen refuelling stations right across the UK, with plans to deliver 2,000 sites nationwide by 2030 — it is also looking at further potential sites with Powerhouse’s close partner, Peel NRE. Initially, refuelling stations will supply up to one tonne of hydrogen per day, enough to fuel around 40 HGVs, 500 buses or 2,500 cars per day.

“The successful commissioning and operation of the Protos plant is the step which, when accomplished, opens up a worldwide market for Powerhouse DMG technology,” said Yeo.  “Indeed the rollout in Europe of Powerhouse Energy technology is underway and it will soon be helping Poland, Hungary and Greece on their clean energy transitions.”

In recent months, Powerhouse has made various advances in each of these territories — as well as other locations in the UK. These include plans to develop a hydrogen refuelling station at Peel NRE’s planned plastic-to-hydrogen facility in North Clyde, near Glasgow. Powerhouse agreed commercial terms with Peel NRE in 2020 under which it will receive an annual license fee of £500,000 for each DMG plant built in the UK.

The company plans to host its AGM next week, on 29 July, where it will further update investors.