Last week, BP published their latest Energy Outlook (for calendar year 2018). It does not make for comfortable reading because it shows that the actual speed of decarbonisation is not keeping up with the timetable and limits set by the Paris agreement. In 2018 global energy demand and carbon emissions from energy use grew at their fastest rate since 2010/11 (Global primary energy grew at 2.9 per cent, carbon emissions by 2.0 per cent). It may be that this is due, at least in part, to excessively cold winters and excessively hot summers. But the result is the same: “the current pace of progress is inconsistent with the Paris climate change goals”.

The BP Chief economist adds that “…the fuel mix in the global power sector remains depressingly flat, with the shares of both non-fossil fuels (36 per cent) and coal (38 per cent) in 2018 unchanged from their levels twenty years ago.” Certainly the world continues to electrify and the demand for power to increase, but this can only play an important part in an energy transition to a low-carbon system if the power sector is decarbonised at the same time. 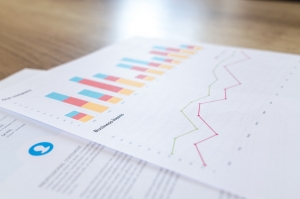 Image by David Schwarzenberg from Pixabay

But the fact is that the pace of growth in power demand has meant that overall carbon emissions from the power sector have increased substantially over the past three years. It has not been possible to decarbonise the power sector quickly enough to offset the growth in demand, hence the rise in emissions. Indeed, for me the most unsettling paragraph of the whole report is to be found towards the end of the chief economist’s piece, where he states :

“To give a sense of the challenge posed by the strength of growth in power demand… to maintain the level of carbon emissions from the power sector at its 2015 level, renewable generation would have needed to grow more than twice as quickly as it actually did: by 1800 TWh over the past three years, rather than its actual growth of a little over 800 TWh”

There were of course some bright spots in 2018: by comparison with the previous year, there was a 14.5 per cent growth in power generation from renewables, accounting for about a third of the growth. This was slightly below its historical average. But  ”Renewable electricity” continued to grow far faster than any other sort of energy. Unsurprisingly, China accounted for nearly half of that growth (45 per cent to be more precise).

A second bright spot in 2018 was undoubtedly the remarkable performance of US shale. In 2008 Mexican and Canadian production added together was greater than the total produced in the States. Ten years later, in 2018, the combined production of those two countries amounts to less than half American production.  Arguably, a third bright spot was the increased use of gas (both consumption and demand increased by 5 per cent) and the advances made by the burgeoning LNG industry.

But the abiding (and depressing) message of the report  is that we still have a long way to go if we are to deliver on the Paris commitments.