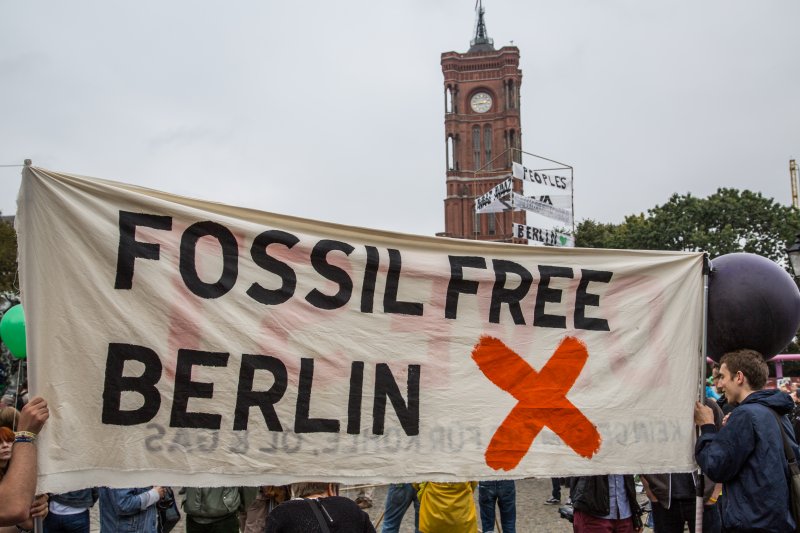 The modern world is about to pass a temperature peak dating back for millions of years – because CO2 levels have already passed an ancient record..

LONDON, 8 April, 2019 – German scientists have confirmed, once again, that carbon dioxide is reaching concentrations unprecedented on any human time scale, with CO2 levels in the atmosphere already higher than they have been for at least three million years.

And their computer simulations – backed up by analysis of ocean sediments that tell a tale of changing temperatures and greenhouse gas levels – show that before the century’s close the world will become warmer than at any time in the last three million years.

The last time planetary temperatures reached a level higher than the target set by 195 nations in Paris in 2015was during a bygone geological period, the Pliocene.

“It seems we are now pushing our home planet beyond any climatic conditions experienced during the entire current geological period, the Quaternary,” said Matteo Willeit of the Potsdam Institute for Climate Impact Research.

“Our results imply a strong sensitivity of the Earth system to relatively small changes in atmospheric CO2. As fascinating as this is, it is also worrying”

“A period that started almost three million years ago and saw human civilisation beginning only 11,000 years ago. So the modern change we see is big, really big, even by the standards of Earth history.”

He and colleagues report in the journal Science Advances  that they made a numerical model of all the astronomical and geological data available for the last few million years and fed in algorithms to represent the physics and chemistry of planet Earth.

So they had a simulation of a rocky planet complete with active volcanoes that emit carbon dioxide with their magma, on a journey many times around a slowly-changing elliptical orbit that subtly changed the levels of sunshine that slammed into the rocks, oceans and forests – patterns of change called the Milankovitch cycles, long implicated in periodic shifts in planetary climate.

They also fed in data about sediments in the high latitudes: important because ice sheets advance more easily over gravel than bedrock, and atmospheric dust from such attrition makes ice surfaces darker and more vulnerable to melting. The result: confirmation of one thing already observed and another much feared.

At a time in the astronomical cycle when Earthlings might expect a slow return of the Ice Ages, human action over the last two centuries – the profligate combustion of fossil fuels that emit greenhouse gases, the wholesale clearance of the great forests that absorb atmospheric carbon – has already lifted carbon dioxide ratios from a long-term average of around 280 parts per million to more than 400 ppm.

Human action has also raised long-term average planetary temperatures by a whole degree Celsius, with more warming on the way.

A new Ice Age seems increasingly unlikely, and other researchers have already pointed to the Pliocene data as a soon-to-be-exceeded record.

Entirely different studies have shown the world to be on course to exceed the 2°C limit, so the research confirms other findings and delivers a test of the reliability of evidence from the past. It also backs up the value of simulation as an increasingly reliable form of climate forecasting.

“We know from the analysis of sediments on the bottom of our seas about past ocean temperatures and ice volumes, but so far the role of CO2 in shaping the glacial cycles has not been fully understood,” said Dr Willeit.

“It is a breakthrough that we can now show in computer simulations that changes in CO2 levels were a main driver of the Ice Ages, together with variations of how the Earth orbits around the sun, the so-called Milankovitch cycles. These are actually not just simulations: we compared our results with hard data from the deep sea, and they prove to be in good agreement,” he said.

“Our results imply a strong sensitivity of the Earth system to relatively small changes in atmospheric CO2. As fascinating as this is, it is also , it is also worrying.

About Tim Radford:Tim Radford, a founding editor of Climate News Network, worked for The Guardian for 32 years, for most of that time as science editor. He has been covering climate change since 1988