Oxford PV expects to have its first perovskite-silicon tandem solar panels deployed in the field in 2019. In a presentation as part of the Oxford Energy Colloquia series on 26 February, Dr. Chris Case, Chief Technology Officer of Oxford PV, made the case for solar energy and explained the path the company had taken since being founded in 2010.

This path has some surprising twists in it. As recounted by Varun Sivaram, in 2011 one of the team working with the mineral perovskite mistakenly flipped two of the chemical components and produced a 10 per cent increase in the efficiency of converting light into electricity – a large number in the world of photovoltaics.

This discovery led the company to focus on perovskite photovoltaic cells. According to the dictionary this mineral is an oxide of calcium and titanium discovered in the Ural Mountains in 1839 and named after a Russian mineralogist. It has a particular crystal structure and it is this that provides the good photovoltaic properties. These can be further improved by changing the elements but keeping the structure. 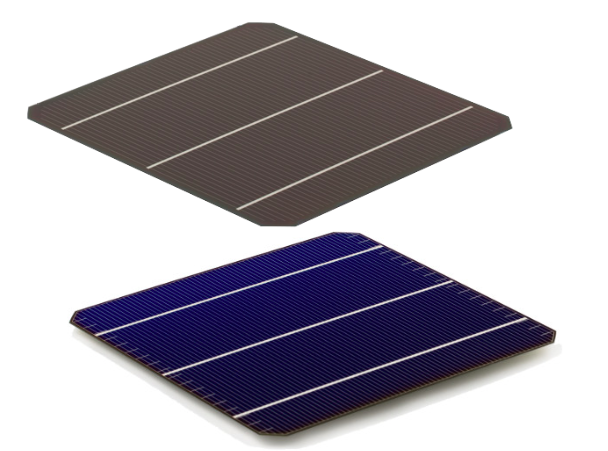 Once the discovery was published in 2012 researchers worldwide rushed to examine different components, so that perovskite cells nowadays contain neither calcium, titanium nor oxygen. Oxford PV’s cells are based on a methyl-ammonium salt with lead, all readily available materials and all arranged according to the perovskite crystal structure. Rather surprisingly, the industry has stuck to this name

Oxford PV’s perovskite-structure material has other interesting properties. Dr. Case showed that at room temperature it is a yellowish liquid, but explained that it can be easily persuaded to condense onto a solid surface, forming a thin film. This allows photovoltaic cells to be developed on surfaces ranging from flexible plastics to glass window panes. The electrical properties are good and it can be optimised to respond to different colours in the solar spectrum. In most ways it is a better option that silicon.

However the company soon ran into the problems faced by developers of other thin-film cells in the early 2000’s. The dominant silicon cell business, with its heavy investment in manufacturing plants, can easily undercut any new rival, making it very hard to take new materials from the research bench to a commercial product.

Therefore in 2014 Oxford PV changed direction. Instead of trying to compete with the silicon manufacturers it decided to offer them a way to enhance their product by building a tandem perovskite-silicon cell. Silicon converts low energy (red) light to electricity but cannot convert high energy (blue) light. A layer of perovskite above the silicon converts the high energy light but lets the low energy light through to the silicon below. Whereas the theoretical maximum efficiency of a single material is 33 per cent, that of a double-layer is 44 per cent.

Such small changes in efficiency may seem trivial, particularly as the actual cells make up less than 40 per cent of the total cost of a solar installation. However for a utility company wanting to install a certain number of Megawatts, a gain of 10 per cent in efficiency allows the whole project to be reduced by 10 per cent in size, with substantial gains. Also, as Dr. Case points out, there is currently very little to differentiate solar manufacturers. The addition of a perovskite layer could help someone offer something extra. And of course improvements are expected, with efficiencies above 30 per cent in sight.

To prove its product the company bought a plant in Germany in 2016 specially designed for thin film manufacture. With this plant it can make perovskite layers on a commercial scale. Exactly who makes the silicon part of the tandem is not clear but Dr. Case was firm that field testing would start in 2019. Some of the key questions to be answered are the durability of perovskite under sun, rain, hail and the other inconveniences of outdoor life.

Proponents of photovoltaics dream of cheap, flexible panels made in colours that blend into the surroundings so that they can be installed unobtrusively on windows, walls, roofs or fields. The dream is important because, among other things, unless you live in a country with convenient deserts, there will be a limit to public acceptance of the ugly rigid blue structures currently on offer.

Oxford PV offers a plausible way of entering perovskites into the market, which if successful will make it possible to apply them to fulfilling the dream. The company is privately owned, with European funding, some major investors such as Equinor (ex-Statoil), and strong links to the university. It appears to be well supported, which it will need to be to endure the hard road to commerciality. In the meantime this year’s field test is a critical milestone.