Why has Carbon Capture Usage and Storage been so slow to take off?

The first Carbon Capture systems were built in the 1930’s but there are still very few examples of Carbon Capture and Storage (CCS) being applied to coal or gas power stations for the purpose of reducing CO2 emissions. The earliest systems were used to purify streams of natural gas that contained significant amounts of CO2. Then in the 1970s it was found that captured CO2 had economic value, mainly by injecting it into depleted oil reservoirs in order to enhance production but also for use in chemical plants or for the food industry. Revenue from the CO2 more or less offset the cost of capture.

In 1978 the Searles plant in California was the first to capture CO2 from the exhaust gases of a coal-fired power plant, with the CO2 being used to produce soda ash.

The first project to capture CO2 and store it for the purpose of reducing emissions, rather than for sale, was Statoil’s Sleipner platform, offshore Norway, which produced natural gas with a large CO2 component. It did so because the Norwegian government (itself the major shareholder in Statoil) would have imposed a tax of US$50 per tonne of CO2 if it was vented to air.

Thus all the elements of CCS had been implemented over 20 years ago but worldwide very few are running today, with most of these selling some or all of the CO2 produced (often called CCUS, with the U meaning usage). There are none in the UK. 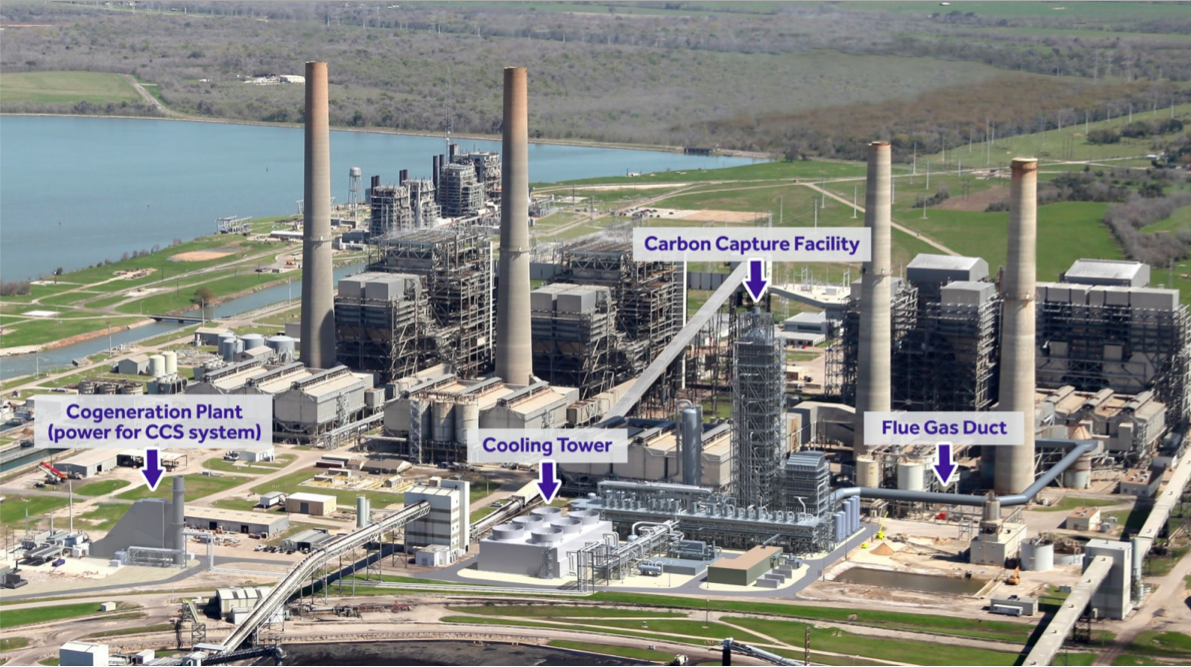 In 2016 a Parliamentary Advisory Committee identified the main problem as being one of organisation: without a carbon tax there is no incentive for CO2 producers to capture it, nor is there an incentive for businesses like oil companies that might store it. The committee proposed setting up a CCS Delivery Company, initially public but later to be privatised, with a Power division building gas-fired power stations that captured CO2 and a Transport and Storage division storing it. An index-linked strike price of £85 per MWh was proposed. The Committee on Climate Change made a similar proposal and suggested £115 per MWh initially, later decreasing to £85 – £90.

The strike price may compare well with Hinckley Point nuclear power at an index-linked £93 per MWh, but the organisational changes are large, which may explain why not much more has been heard of these proposals. The cost of CCS is clearly a major issue and worth considering in more detail.

All current CO2 capture systems use a liquid amine (an organic nitrogen-based compound) which is fed into the top of the tall exhaust pipe up which the flue gases from the power generator are rising. The amine absorbs the CO2 as it falls down the pipe and is then extracted at the bottom. Amines are expensive, so the CO2-laden amine is mixed with steam in a second pipe thereby releasing the CO2, which is then compressed and sent for use or storage, and recovering the pure amine. Amines have the convenient property that they absorb CO2 at the temperature of the exhaust pipe (500C) and release it at the higher temperature of the stripper pipe (1000C).

Unfortunately the whole process requires energy and adds to construction costs. A study by MIT[1]estimated that for a gas-fired power plant with CCS to produce the same saleable power as a non-CCS plant it has to be 16 per cent larger. The average capital expenditure was nearly double that of a non-CCS plant, while the cost of electricity was 28 per cent higher.

These numbers are all based on capturing 90 per cent of the CO2 produced – capturing all of it is technically possible but adds hugely to the cost and is generally not considered viable. Coal based power stations produce a larger amount of CO2 per MWh leading to a bigger increase in the cost of electricity.

The cost of capture is therefore large. To this must be added the transport (in pipes at high pressure) and storage, all of which may be sufficient to explain the slow uptake in CCS projects. But some of the alternatives are expensive as well. To the true green warrior CCS is unwelcome as it prolongs dependence on the oil and gas industry, as well as still emitting some CO2, while the advantage of a flexible power source that is easily turned on or off remains unappreciated.

On the other hand the oil and gas industry should have a strong interest in CCS as a way to sustain its market, but that would mean investment in power plants. Recently the Oil and Gas Climate Initiative, a consortium of the major oil companies, has made some progress with a project announced in Teesside. The UK government has also taken steps to push the technology. Then there is always the hope that the amine process will be made more efficient, or that a better alternative will be found.  Slowly but surely CCS may still become commercial.