On 7 February the government announced that the energy bills of 15 million households could increase by more than £100 a year after the regulator Ofgem said it was raising the level of a price cap. Consumers on default tariffs, namely the standard variable tariff (SVT), could see their bills for an average three bedroom home rise by up to 10 per cent to £1254.

A separate cap, introduced in 2017 for those on lower incomes, is also being lifted. Here bills could go up by £106 to £1242. It is not inevitable that prices will be raised by the full 10 per cent from April. But it is most likely that energy companies, particularly the so-called “Big Six” utilities (British Gas, EDF Energy, Npower, E.ON, SSE and Scottish Power) will move their tariffs as close to the cap levels as possible. Until recently, more than 80 per cent of the retail energy market for homes was dominated by this big six cartel. 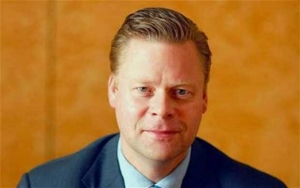 The cruel irony is that these caps, which were introduced after much procr­­astination by Mrs May, were meant to stabilise prices, if not lower them. Instead they have been jacked up. And the jack up, it seems, is due to the sharp spike in wholesale energy prices. Ofgem has said that as much as £74 of the rises are largely attributable to the increase in wholesale energy prices. What this really means is Ofgem is heaping the blame for the cap levels going up on the volatilty in gas prices. This is because 83 per cent of UK homes are heated by gas. The apologia by Ofgem bears some scrutiny.

Britain no longer produces enough gas to meet demand. According to the non-departmental UK government Office of National Statistic (ONS), writing in February, the UK is now just 44 per cent self-sufficient in gas. Some 47 per cent of the gas needed comes in from Norway and other European countries. The rest, around 9 per cent, arrives as LNG in tankers, usually from Qatar. This gas is especially expensive, although the tankers are also used for storage. Once you become dependent on imports there is bound to be volatility in prices.

You would have thought that given the long period that the big energy companies have had to become familiar with the vicissitudes of wholesale energy price movements, they would have learnt something about hedging their prices. In fact, in other times of currency uncertainty this is what they did. It beggars belief that they have not made provision for the ups and downs of sterling.

It also strains one’s credulity that Ofgem suddenly seems surprised by developments to the extent that they insist consumers were paying a fair price for their energy despite the increases. Ofgem’s Chief Executive Dermot Nolan is quoted as saying: “We can assure those customers that they remain protected from being overcharged for their energy and that these increases are only due to rises in energy costs, rather than excess charges from supplier profiteering.”

Ofgem has said it was not just the wholesale price spike which has driven a horse and cart through the energy cap policy. There has also been the problem of severe weather last winter including the beast from the east. This pushed up demand and, in turn, prices. It is a great pity therefore that Mr Iain Conn, the head of Centrica which owns British Gas persuaded the government to allow Centrica to close its Rough storage facility in the North Sea because it had become uneconomic. Rough was the largest gas storage facility in the UK. The country is short on storage facilities, if you exclude the Qatari LNG tankers.  According to figures from the US Energy Information Agency (EIA) the UK now has storage capacity amounting to 4 per cent of national demand while Germany has 20 per cent. The cost of storage impacts on prices.

Dermot Nolan has said he is disappointed  that the big six are pricing so close to the cap but suggested that smaller cheaper suppliers “would continue to grow” as a result.

Well, maybe. The policy of encouraging consumers to “switch” or ”flip” to cheaper suppliers is a separate chapter in the story of chaos in UK energy policy and I will be writing about it in a second article.