The UK Government finds a new enthusiasm for Carbon Capture Usage and Storage.

At a conference hosted jointly with the International Energy Agency in Edinburgh on 28 November the government announced new plans for evaluating and introducing Carbon Capture, Usage and Storage (CCUS) in the UK. The main goals are to have the first large-scale plants operating by the mid-2020’s and for it to be introduced “at scale” in the 2030’s.

In the past few years several studies have recognised that the issue is not the technology but the organisation: who is responsible for the different stages of the process, what infrastructure is needed, whether it is publicly or privately owned and how the investment is raised and paid for (see The Cheapest way to cut CO2 emissions: CCS?).

In a glossy 75-page action plan prepared for the conference by the DBEIS these issues are not resolved but at least there is a plan to make plans. Many of these are to be published in 2019 with a focus on industry. Industrial CO2 emissions arise from two sources: power plants that use natural gas, coal or biomass, and plants making cement, steel and chemicals that produce high emissions as part of their processing.  In order to minimise the infrastructure for collecting and transporting CO2 the idea is to develop clusters of users in the main UK industrial areas.

So far the proposed new funding is relatively small: £45 million for innovation projects, and £315m for a future Industrial Energy Trust Fund still to be designed.  However the government is not the only agency pursuing CCUS. The list of other national, international and industry agencies is large. It seems that the UK has already put up £70m in an international programme to help developing and emerging economies develop their knowledge of CCUS. 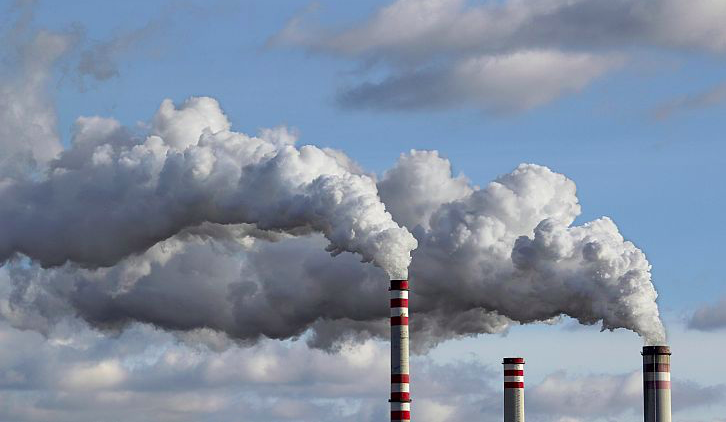 One candidate for the first large-scale CCUS plant in the UK is the Teesside Clean Gas Project.  The choice of site is unsurprising since Teesside is home to some large carbon-emitting industries and is an obvious site for a future CCUS cluster.  Announced in March 2018, this is expected to be a large gas-fired power plant in which the CO2 emissions are captured and sent for storage in abandoned North Sea reservoirs, or sold to companies that use CO2.

The project is led by the Oil and Gas Climate Initiative (OGCI), which was set up in 2014 by the CEOs of nearly all the major oil companies and now has a budget of £1 billion to invest world-wide in projects that reduce carbon emissions.  At the meeting in Edinburgh, which was attended by Bob Dudley, CEO of BP and Ben van Beurden, CEO of Shell, the OGCI announced the “progression” of the project with a long list of partners but gave few details. So far it is the only complete full-chain CCUS project in OGCI’s plans, and also the only one envisioned for the UK.

The future for CCUS in the UK now looks much brighter, certainly better than in November 2015 when the new government cancelled the competition for £6bn of funding towards a commercial-scale project. Two groups headed by Shell and Drax had been working towards this, although the Drax group had suspended work sometime previously.

CCUS enthusiasts wonder why it has not received funding equivalent to wind or solar. One answer is the amount required for a single project. It is said that when BP requested support for a CCUS project in Scotland in 2007 it was turned down on the basis that the amount needed was equal to the total for all the wind projects looking for subsidies: for a government it is easier to distribute its eggs rather than put them all in one basket. Let us hope that this new basket proves worthwhile.