On Thursday 15 November 2018, the European Court of Justice (ECJ) surprised some observers by its ruling in favour of a case brought by a British clean energy technology company, Tempus Energy, against the European Commission and the British Government over the UK system of  managing back-up power. Tempus did not call the capacity market system itself into question; their case concentrated on proving that the way that the system was operated unfairly disadvantaged companies that offered demand-side reduction (DSR) by comparison with generation companies that offered stand-by power capacity.

Formally speaking, the ECJ found that the Commission should not have simply dismissed concerns that the way in which the British Government proposed to run the auctions to allocate power might result in a system which contravened the state aid provisions. The court found that the Commission should have recognised that the doubts raised by DSR operators were sufficient to require a more formal procedure to investigate the UK’s capacity market before making a decision about the legality of the proposed scheme. (A formal procedure would have provided an opportunity to make the case for improved treatment for DSR) This ruling means that the capacity market is illegal for a “standstill” period. 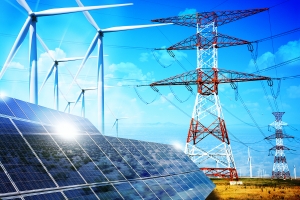 What might seem to be somewhat of a technicality has significant immediate practical consequences. On the procedural side, the British Government now has to return to the task of getting the Commission to approve the UK scheme, with, or without , some suitable modification. At this stage it is not clear how long that might take. Of more concern to companies which have invested in stand-by power is that the UK cannot make any further payments under the capacity market scheme designed to ensure power supplies during the winter months. Furthermore, until the precise legalities have been sorted out, it will also not be possible to proceed with the auctions scheduled for early 2019 which were supposed to enable energy firms to bid for contracts to ensure that the lights stayed on.

Beyond that is a question about how best to manage a situation in which the demand for electricity is temporarily greater than the available supply. One answer is to pay significant sums to owners of coal and gas power stations so that their plants are kept on standby ready to provide emergency back-up in times of high demand. But an alternative is to so manage demand as to mitigate, if not eliminate, the problem. DSR proponents would argue that managing the demand side reduces the amount of new investment needed in stand-by power facilities. That in turn reduces any environmental impact: for some of the plant needed for stand-by power is  just not built.

A statement from the Department for Business, Energy and Industrial Strategy stated “The ruling does not change the UK government’s commitment to delivering secure electricity supplies at least cost, or our belief that Capacity Market auctions are the most appropriate way to do this. The ruling will not impact security of supply this winter,” It added that the government was already working closely with the EC to aid an investigation into the Capacity Market and seeking “timely” state aid approval.