Do Iberdrola and Drax dream rather different dreams?

The market seems to have welcomed last week’s announcement that Scottish Power Ltd (wholly owned by Iberdrola, the Spanish electric utility company) was to sell all its non-wind generating capacity to Drax for a consideration of £702 million. This in pursuance of Iberdrola’s expressed intention of lowering its carbon emissions.  Iberdrola shares showed a modest, but steady, increase from 6.0080 Euros on 15 Oct to 6.1760 on 18 Oct and then 6.35 on 24 Oct while Drax shares rose from 366p on 15 Oct. to 420p on 18 Oct. before settling back to 403.60 by close of play on 24 Oct.

Why does the market apparently reward them both? If the apparent decision by Scottish Power to produce 100 per cent of its electricity from renewable wind power is welcome, why would the market also approve the purchase by Drax of 2,566 MW of generating assets, the majority of which is gas-fired capacity? 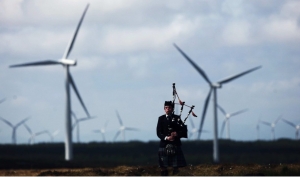 The answer seems to be that the two companies are pursuing somewhat different goals. Certainly, although Scottish Power forms only a part of Iberdrola, the emission reduction target applies to the company as a whole. In future, Scottish Power will generate all its electricity from the 2,700 MW of windpower it owns, either already in operation or under construction.

In addition, there is no doubt that the cash raised by the sale could be most useful if spent, in whole or in part, in progressing some 3,000 MW of project proposals at various stages of development that Scottish Power is apparently considering. A significant proportion will doubtless be on-shore, but it is perhaps worth recording that the UK is the world leader in off-shore wind and at the moment has more installed capacity off-shore than any other country.

Before this recent purchase, Drax already had the capacity to generate just over 3,900 MW of electricity and thus to supply 6 per cent of the country’s electricity needs and 11 per cent of its renewable power. The market had already accepted the efforts by the company to diversify out of coal and into biomass. This purchase brings a new element as it consists of four combined cycle gas plants, all in the UK, with a combined capacity of around 2,000 MW, as well as the Cruachan pumped storage facility (440 MW) and two smaller hydro plants in Scotland. The company has said that it intends to focus inter alia on providing the “standby-power” that will be needed whenever “intermittent” renewables intermit. For as the percentage of “renewable” electricity rises, one of the challenges is to have enough flexible capacity on hand to deal with any variation in the electricity available.

A note of caution may be appropriate here. Dieter Helm in his influential book “Burn Out: the end game for fossil fuels” suggests that the old vertically-integrated electricity generating companies will not necessarily be successful when they try to adapt themselves to today’s changed electricity environment: new games will demand new skills.